Striped Marlin is a commercial game fish with an elongated body, a long snout or bill and a long dorsal fin. It inhabits near the water surface in tropical and temperate Indo-Pacific Ocean. This species is also known as Stripey, Striper, Spearfish and Spikefish. Humans often catch them for recreational and edible purposes. However, they have recently been included in the “seafood red list” as their numbers are declining alarmingly in their natural habitat.

This beautiful species of Marlin grow very large and strong which makes it highly popular as a game fish.

Body: The elongate body of these fish is covered in scales distinguishing them from swordfishes that do not have any scales.

Size: Striped Marlins can grow up to 420 cm in length. 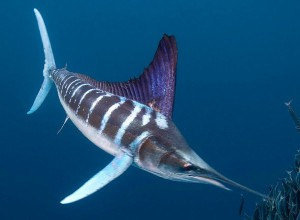 Color: They have 10 to 20 cobalt blue vertical stripes running along the dorsal side of their body. These stripes earned this species their name. Their dorsal side or belly is steely blue with the upper flanks being bluish silver. Their ventral side is white below the lateral line.

Fins: These fish have an extremely high dorsal fin and a pair of ventral fins. Their dorsal fins are highest among all Marlin species.

Keel: The extended upper jaw of these fish creates a rounded spear or keel. Their spear also distinguishes them from swordfishes having flat bills.

They are mainly found in tropical and warm regions of Pacific and Indian Oceans. Their northern distribution range extends to Oregon on the west coast of US. They are also found in the waters of California, Mexico, Mozambique, Kenya, New Zealand and Ecuador.

They live near the water surface and mid depths of the ocean at temperatures between 65 °C and 85 °C. This species usually live in areas with plenty of forage.

These carnivorous fish are very strong predators feeding on various smaller fishes and water animals like jack mackerel, squids, sardines, anchovy, lancet fish, pilchard and tuna. They hunt in areas from close to the ocean surface down to 100 meters depth.

This is one of the most dominant billfish species with some interesting behavior patterns.

There are no real predators of this fish species.

Their large size, speed and incredible strength not only help them to survive in their aquatic habitat, but also make them one of the most powerful predators of the ocean. The long spear or bill of these billfish helps them to hunt and defend themselves.

The average lifespan of this fish species is around 10 years. 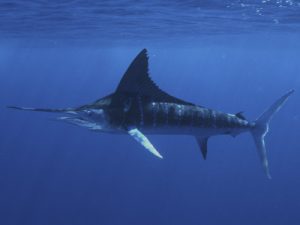 It is advisable to consume only the smaller fish of this species as larger ones may contain some harmful and toxic chemicals. These harmful chemicals can cause some adverse effects on human health. However, the smaller Striped Marlins are quite rich in many nutrients.

Here is the nutritional information for 4 oz of this fish:

One should avoid consuming this fish during pregnancy as it may cause some adverse effects.

Side Effects of Consuming Striped Marlin

There are no known serious side effects of eating these fish; however, larger fish of this species may be harmful for health.

Striped Marlin is not included in the IUCN “Red List” of threatened species. However, Greenpeace International has included these commercial game fish in their seafood red list in 2010 as the numbers of these Marlins are declining due to overfishing. Commercial fishing of these fish has become illegal in many regions. People who catch these fish for recreational purposes are being encouraged to throw them back to water rather than consume them or sell them.

Here are some pictures of these billfish for you to find out about their appearance: 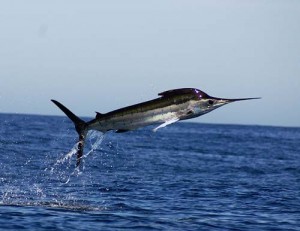 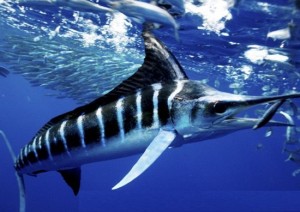 Striped Marlin is an amazing species of billfish. Unfortunately, they may soon become a threatened species if humans continue to catch them as commercial game fish. Due to this reason, various organizations around the world are taking initiatives to stop the edible uses of these fish.