About 550 existing species of amphibians are categorized under the common name of Salamander. The extinct species are grouped under Caudata and the extant ones are grouped as Urodela. All of the species under the genus of Salamander have almost similar physical appearance and prefer similar habitats as well as many habits. 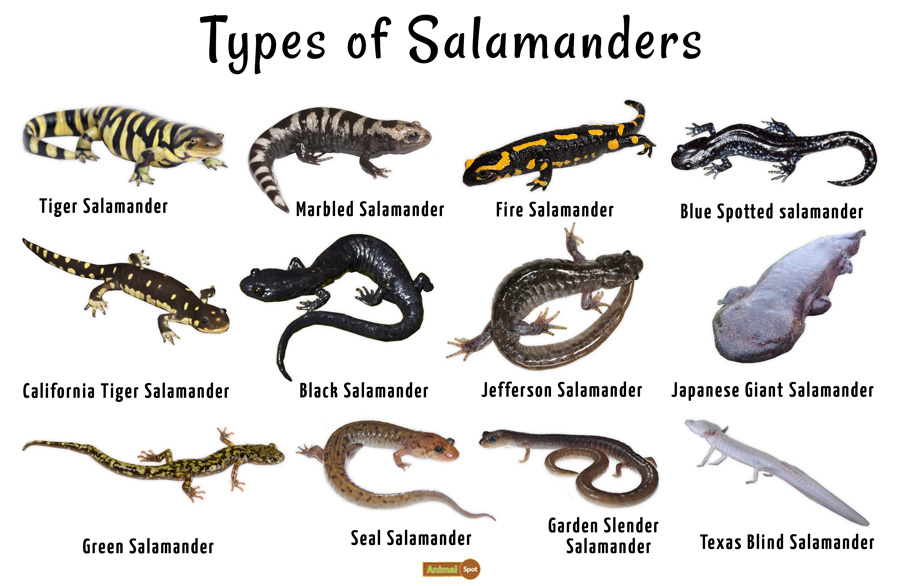 The only unique feature that they possess being a vertebrate is their ability to reproduce their lost body parts. The amphibian class of Newts is also a part of the Salamanders. 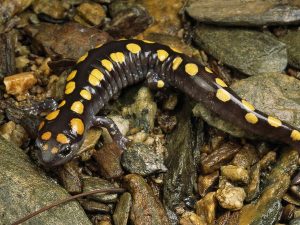 Here we give a general description of Salamanders, irrespective of different species.

Body: Their bodies are usually cylindrical in shape with almost flattened undersides. The body starts right after the head and is not separated by neck. Their body stretches with an elongated tail.

Skin: Their skin is moist, smooth and glossy. They do not have scales.

Head: They have triangular shaped heads with a wide mouth and two eyes on the sides of their heads. They have tiny, sharp teeth on their jaw border. There are no external ears in them, although vestigial middle ears are present. 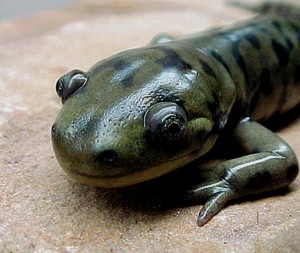 Limb: These amphibians have four limbs at the base of their bodies. Most of the species under this genus have five toes on their hind-limbs and four toes on their forelimbs. They do not have claws. Some of them have very small or no hind-limbs at all.

Size: Their size varies with different species, ranging from 2.5 cm to 20 cm. Chinese Giant salamander can grow up to a length of 5.9 ft.

Color: Various different species and sub-species of Salamanders have different colors. Their color range varies from red, black, blue, yellow, orange to many other shades. They have spots on them of different shades than that of their body color.

Anatomy: They are cold blooded and their temperature changes with their habitat. Different species under this genus respire through different organs. Some species respire through gills that are on each side of their heads, most of them have external gills and some have internal gills which are hidden beneath slits. Some other species breathe through lungs. Many of the species have both gills and lungs. 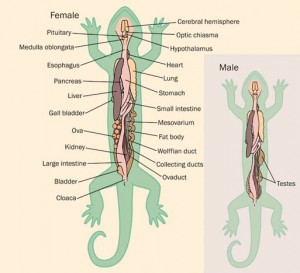 Salamanders range in North America, Europe, Asia, northern parts of South America and North Africa. The highest population of this genus concentrates in Appalachian Mountains. Reports suggest that almost one third of their global population counts in North America.

These amphibians need humid environment, if not complete wet surroundings. They can be commonly seen near ponds, lakes, marsh lands, drains inside parks and other wet places. Like all other amphibians, Salamanders also do not dwell in seas and oceans. 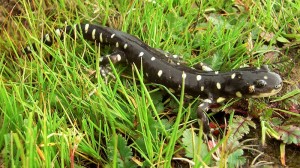 They diet on various insects, bugs, mollusks, squids, worms, larvae and eggs of other amphibian species, as well as small reptiles. They flick out their sticky tongue and they prey gets stuck on it. The Salamanders roll their tongues back inside their mouths and eats their prey. They also eat small fishes and shrimps.

Lung-less species of Salamanders contract muscles around their hyoid bones and spring out their tongue to catch preys. Absolute aquatic Salamanders use their mobile tongue for preying on.

They spot their prey with the help of their trichromatic color vision.

Different species of Salamanders have different behavioral characteristics. We are listing down here the common behavioral patterns of these amphibians.

In the wild, they have many predators. Larger reptiles, birds, amphibians and mammals on land as well as fishes in water count up as potential natural predators of the Salamanders.

The smaller species have lesser scope of self defense. But both the smaller and the larger species of Salamanders have a few common defensive as well as adaptive capacities.

Most of the Salamander species mate during the Spring season, usually after the first rain of the season. The period between the months of March and April is the peak time of their mating. 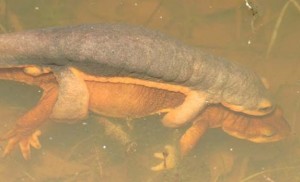 Both the aquatic as well as terrestrial groups mate and breed under water bodies. In most of the Salamanders, the eggs are fertilized internally. The males find potential females and approach them by blocking their path. They then perform some mating rituals like dancing together and the males deposit their germ cell at the bottom of the pond. The males then drag the females in order to place their cloaca, the reproductive hole, over the germ cell pack and try to make the female amphibians take it in.

Some species lay the larvae just when it hatches and some gives birth to metamorphosed tadpoles. About 400 eggs are laid at a time. Some species of Salamanders protect their eggs by wrapping themselves around the egg clutch.

The tadpoles have external gills in wing-like forms attached to either side of their heads, just where they should have their necks. With time, as the tadpoles grow and metamorphose into Salamanders, their external wing-like structure shreds off. 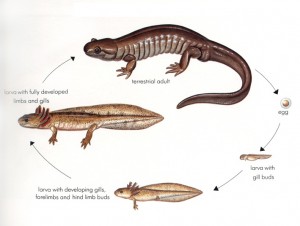 Various species of these amphibians have various duration of longevity. On average, Salamanders live for about 20 years. Some species might even live up to 50 years.

Life span of the same species sometimes may even differ in the wild and in captivity.

There are numerous species and sub-species under this genus of amphibians. Some are being listed down here:

Salamanders are sold online as well as renowned pet stores. Please check your State laws regarding petting this amphibian.

Housing: You can house them in a tank which should be large enough for them to roam around freely. Keep a part of water body in the tank and some portion of it as land. Provide enough vegetation inside the tank for them to climb and play. They do not prefer much light as they are nocturnal, so keep them in partial shade and no lights should be inside the tank. 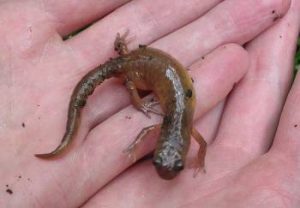 Feeding: They can be fed any form of bugs or insects that are smaller than the pet itself. Provide them with spiders, mollusks, worms, ants and many other insects that they would be happily feasting on.

Care: Though they secrete a poisonous fluid from their body, still, they can be taken in your palms but not for very long. Handling them also depends upon the particular species you pet. Make sure their body fluid does not get in contact with any of your external skin wound.

Most of the species of Salamanders are not threatened yet. In some places where their natural habitat is under threat, there they might suffer some potential extinction threat. Again, their conservation status varies with different species.

Check pictures given below of the different species of salamanders.