What is a Mammal? 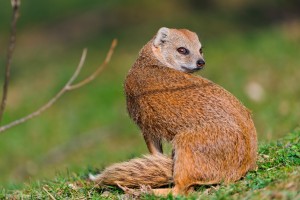 Warm blooded animals included in the Amniota clade are collectively known as Mammals. Animals in the class Mammal are distinguished from other amniotes like birds, reptiles and amphibians by various physical features including the presence of hair, the neocortex region in their brains and the presence of mammary glands in females. The modern name "Mammal" is derived from the class's scientific name Mammalia and was first coined by Swedish zoologist Carl Linnaeus in the year 1758. 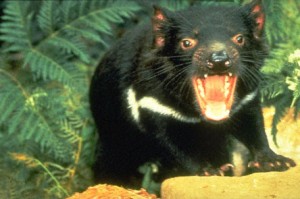 This subclass consists of the order Monotremata which includes two families of egg-laying Mammals:

Amniotes were the first vertebrates to be fully terrestrial. Like their predecessors, the amphibians, amniotes have limbs and lungs. The most important distinctive feature of amniotes is the internal membrane of their eggs that allows the embryo to breathe and also retain water. This feature lets the amniotes to lay eggs on land, unlike amphibians that need water for laying eggs.

The earliest amniotes are believed to have existed during the Late Carboniferous. They evolved from the reptiliomorph amphibians that inhabited dry land. Over the next million years, the amniotes were divided into two distinct lineages _ the synapsids (mammals) and sauropsids (birds, lizards, turtles, snakes, dinosaurs and crocodilians). The synapsids have one hole or temporal fenestra on each side of their brains. 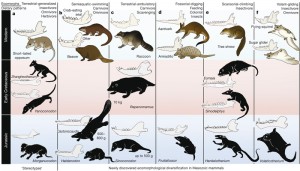 The first Mammals appeared around 210 mil years ago during the later part of the Triassic era, 60 mil years after the existence of the first therapsids (animals believed to be direct ancestors of mammals). The primitive Mammals expanded out of the usual nocturnal insectivore niche after the mid- Jurassic period. For example, animals in the Castorocauda genus had special adaptive features that allowed them to swim, dig and catch fish.

Majority of the Mammals existing in the Mesozoic were triconodonts, multituberculates and spalacotheriids. Teinolophos is the earliest known monotreme or egg-laying mammal which is thought to have evolved from the original prehistoric amniotes.

Animals belonging to this class respire by inhaling oxygen and exhaling carbon dioxide. Respiration is performed through the two spongy textured lungs. The muscular diaphragm plays an important role in carrying out the breathing. The diaphragm separates the thorax from abdominal cavity and forms a dome with its convex side towards the thorax. The dome flattens when the diaphragm contracts, which increases the volume of the cavum around the lung. Air enters the body during inhalation through the nasal and oral cavities to expand the alveoli, flowing via the larynx, trachea and the bronchi. The opposite effect is produce by the relaxation of the diaphragm during exhalation.

The Integumentary system or skin is comprised of three layers: the epidermis, dermis and hypodermis. The epidermis layer is usually 10-30 cells thick with its principal function being protecting the skin from water. The outermost cells in the epidermis are constantly lost while the innermost cells multiply very quickly and push outward. The middle layer or dermis is 15-40 times thicker compared to the epidermis. This layer is comprised of blood vessels and bony structures. The hypodermis is the innermost skin layer, comprising of adipose tissue. This layer is responsible for storing lipids and for providing cushioning and insulation. The thickness of the hypodermis layer can vary from one species to another. 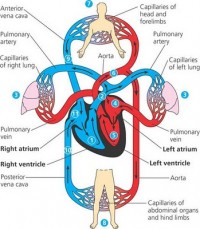 These animals have four-chambered hearts with separate right and left ventricles. Other components of the circulatory system are blood, which carries oxygen and nutrients to different parts of the body and the blood vessels. The four heart chambers prevent any mixing of the oxygenated blood from the pulmonary (lung) circulation and the deoxygenated blood from the systemic (body) circulation.

Carnivorous Mammals have a simple digestive system because the lipids, proteins and minerals found in their diet are very easy to digest. But the herbivorous animals in Mammalia class have a more specialized digestive system for breaking down the complex carbohydrates.

The main components of the digestive system include:

It has an alimentary canal and different accessory glands that help in digestion by secreting digestive fluids. The digestive tract of these creatures has a four-layered wall. The lumen of the digestive tract has a mucus membrane called the mucosa. The mucosa is followed by a connective tissue layer and a smooth muscle layer. The outermost layer is comprised of connective tissues, being attached to the body cavity membrane. 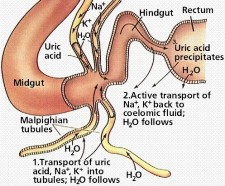 The excretory system in most of the species consists of two kidneys, a renal artery, nephrons and glomeruli. The main function of the kidneys is to filter the blood of all the metabolic waste products and transporting the urine through the uterus to be stored in the urinary bladder. The urine is then excreted from the bladder.

Modern Mammals have many characteristic features that help to distinguish them from other amniotes and also the amphibians: 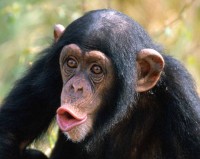 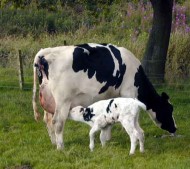 The above characteristics help to classify living animals. However, these gland and soft tissue features cannot be used for identifying fossils of prehistoric mammals. The following anatomical traits are observed for this purpose:

Mammals are found in all types of habitats and they can adapt to almost all climatic conditions. They inhabit tropical rainforests, savannas, temperate regions and extremely cold climates. Many species live in underground burrows while others dwell on trees.

Land Habitat: Majority of the species live on land and can be found in forests, deserts, grasslands and mountains. Most of the well known Mammals, like lion, tiger, bear and dog are land animals.

Marine Habitat: There are around 128 different species including whales, seals, walruses and dolphins that live in ocean habitats. But they do not inhabit very deep waters as they need to resurface from the water regularly to get oxygen.

Arboreal Habitat: Many species are arboreal, meaning they live mainly in trees. Squirrel, sloth, marmoset and koala are examples of arboreal Mammals.

Most of these species are viviparous and give birth to live offspring. The five monotreme species including the platypuses and echidnas are the only egg-laying Mammals. Almost all the species practice sexual reproduction. The sex determination system of the monotremes is quite different than that of many other animals from this class. 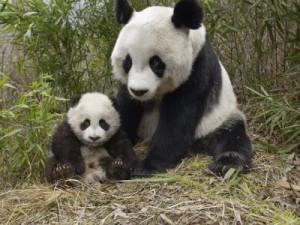 Viviparous Mammals are included in the Theria subclass with only two extant infraclasses; the marsupials and the placentals. The gestation period is very short in the marsupials (such as kangaroo), with the animals giving birth to undeveloped newborns. The placental species generally have long gestations periods and give birth fully developed young. Elephants have the longest gestation period among Mammals, which lasts for around 22 months. The number of offspring born can vary from one to many depending on the species.

They do not undergo any larval stage or metamorphosis to become adult animals. Mammal young are born as miniature versions of their adults with little physical differences. The babies are taken care of by the adults until they become capable of fending for themselves. The underdeveloped marsupial babies usually undergo further development within the marsupium (the pouch-like sac) located at the front side of the female's abdomen. The physical growth of the young Mammals continues until they reach the adult age. 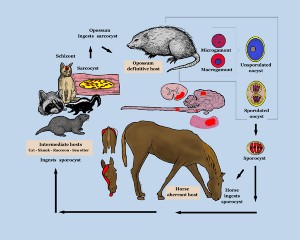 The adult females have mammary glands that produce milk, which is fed to the young as their primary nutrition source. The babies of the egg-laying Mammals lick the milk secreted by the mammary glands of the females onto the mammary patch located on their bellies.

Animals belonging to this class have different adaptive features to survive in their respective surroundings and climatic conditions. 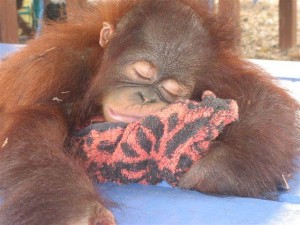 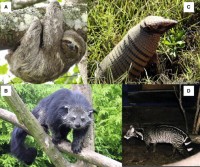 Currently, many species from this class are listed as "Threatened" or "Endangered" by the IUCN. Many species such as the Crescent nail-tail wallaby, Steller's sea cow and Flores cave rat have even faced complete extinction. The overall Mammal population throughout the world is still deteriorating with around one-quarter of the total species being threatened with extinction. 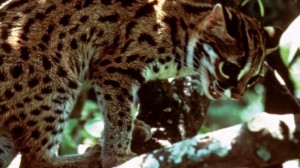 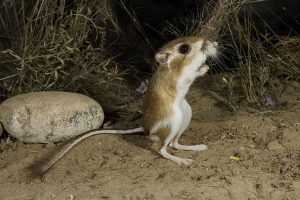 The kangaroo rat is a rodent found in the deserts of North America. Though they are colloquially often called rats, they are more closely related to 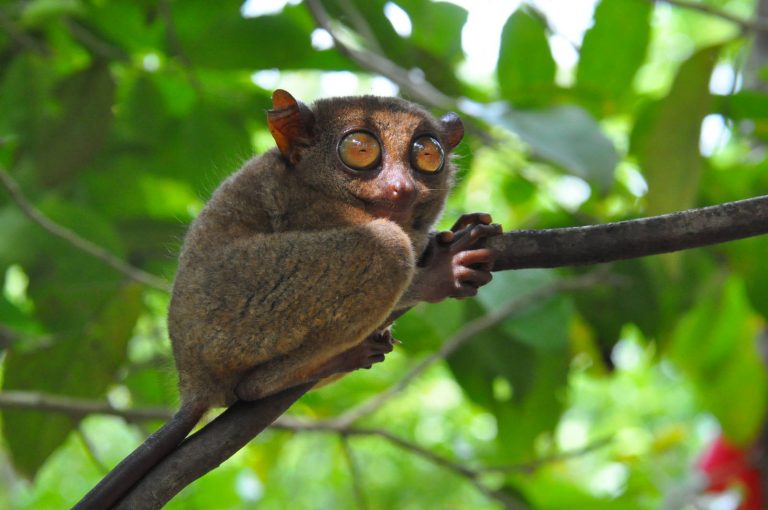 The Philippine tarsier is the sole living member of the genus Carlito, named after the conservationist Carlito Pizarras. One can easily distinguished 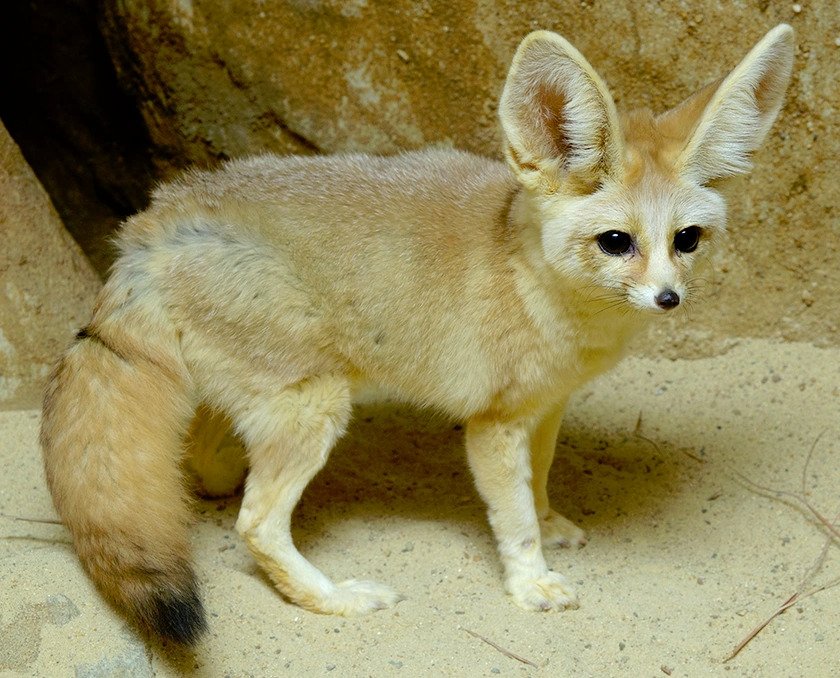 The fennec fox is a small fox known for its enormous ears. It inhabits the desert regions of North Africa and is well-adapted to life in those harsh 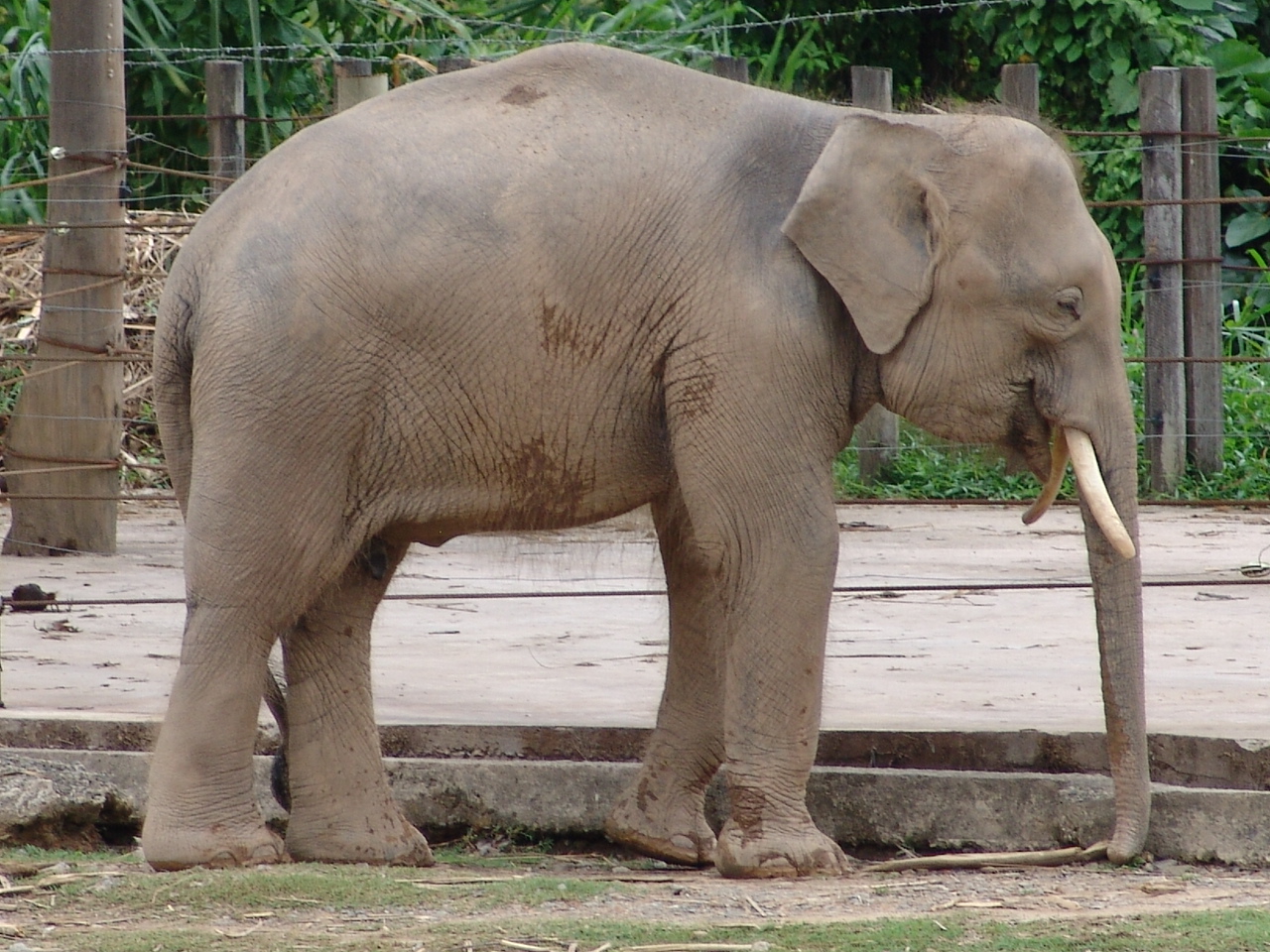 The Borneo elephant, short for the Borneo pygmy elephant, is a sub-species of the Asian elephant. Their origin has been highly debated. It was believ 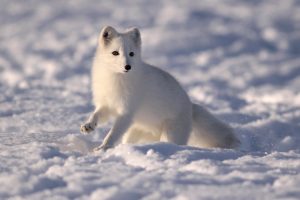 The Arctic Fox has several names like the lemming fox, the polar fox, the snow fox, or the white fox. It resides in the cold environment of the Arcti 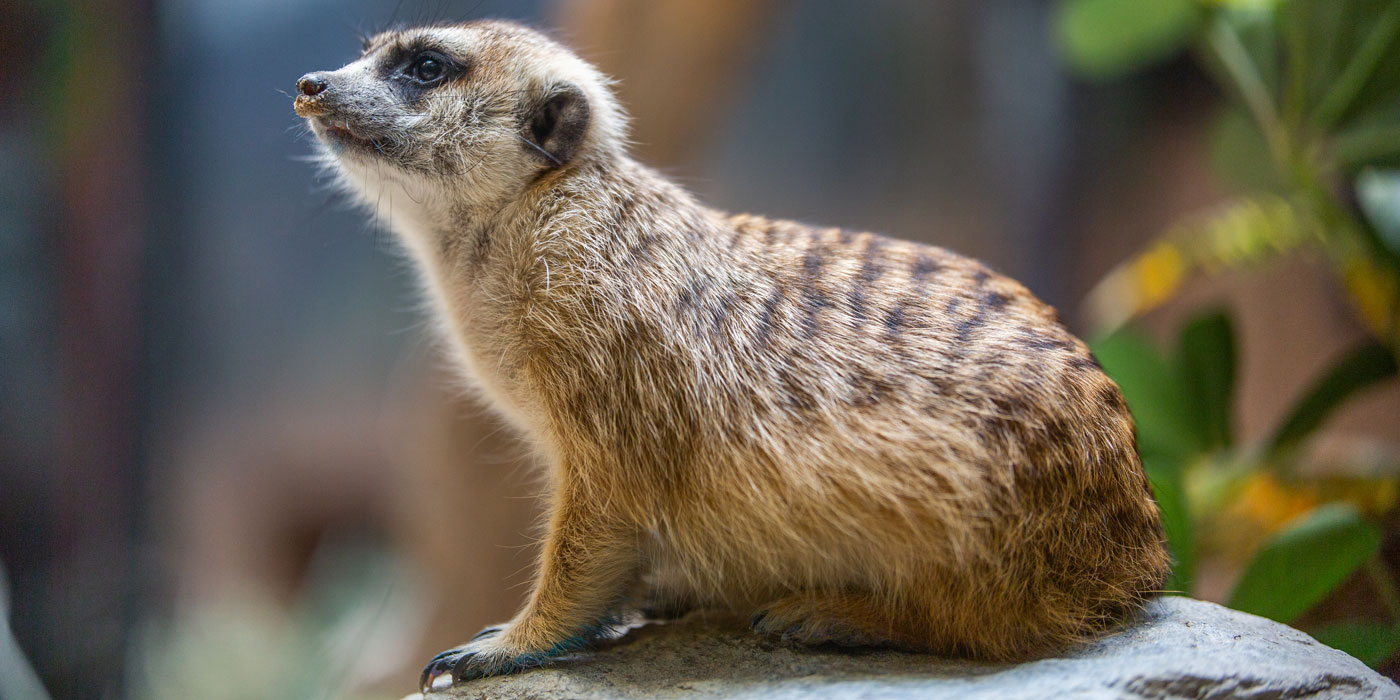 Meerkats are a species of African mongoose known for their social nature. These furry creatures live in groups of 30 over a range of 2 square miles a 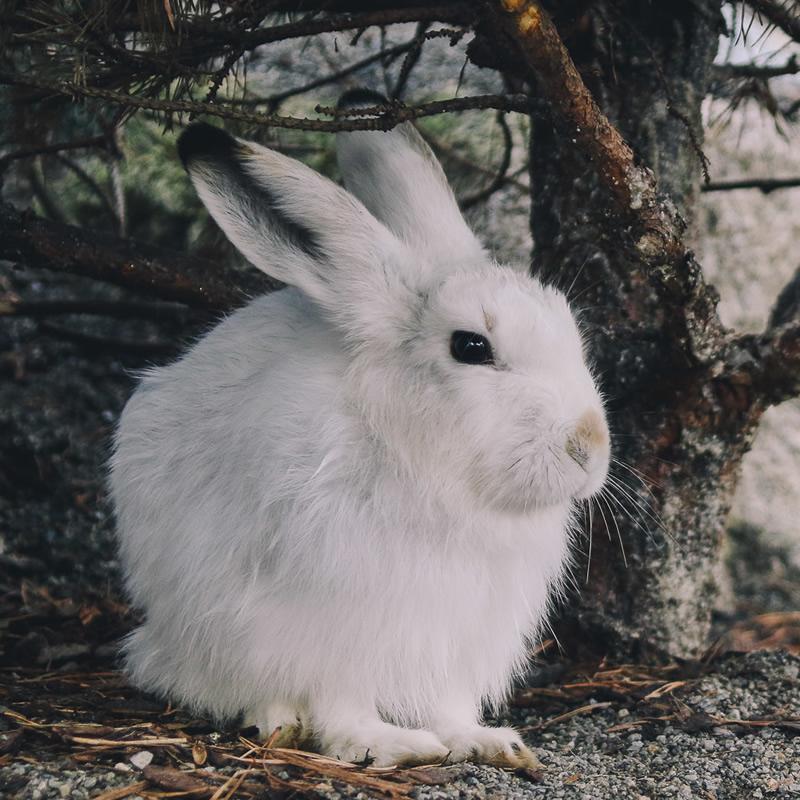 The Arctic hare is one of the largest species of hare in North America that is adapted to live in the cold conditions of tundra environments. While t 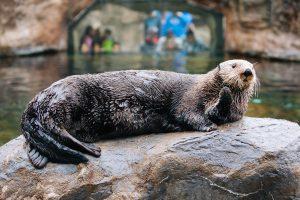 The sea otter is a marine mammal with the unique characteristic of coming without a blubber, unlike its other counterparts at sea, relying on its ext 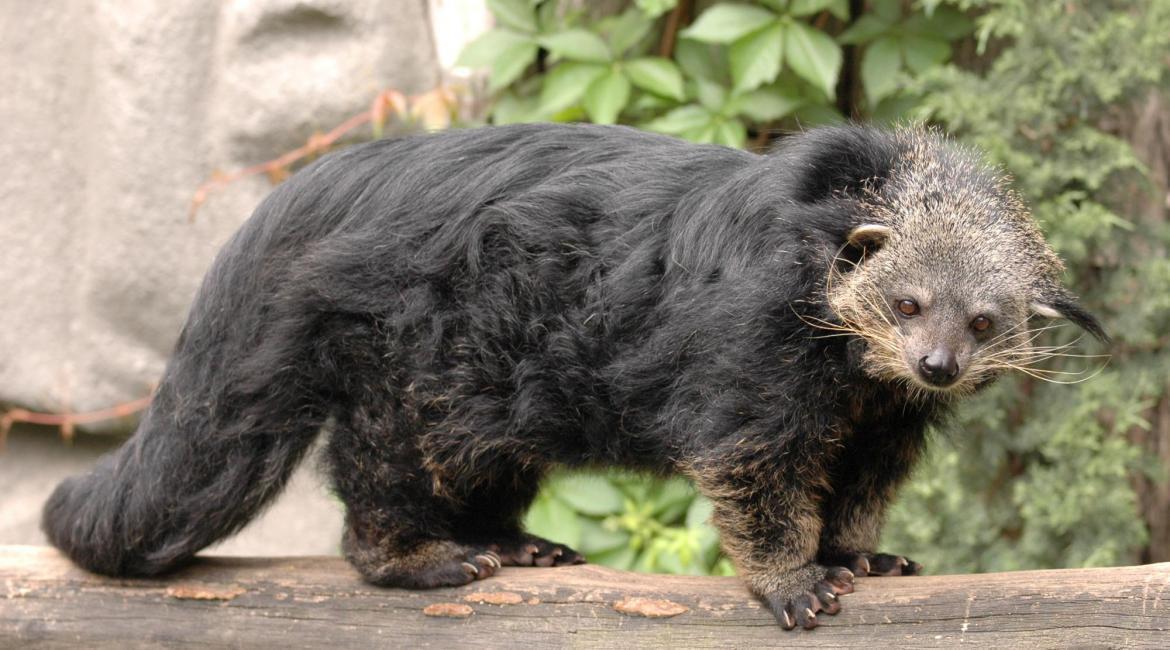 The binturong is a strange mammal, looking like a cross between bears and cats. This has led to its nickname, the bearcat. Other names include the As