Giant Leopard Moths are named such due to its leopard like spotted appearance. It was earlier called Ecpantheria scribonia that has now been changed. This moth is known by varied names like Eyed Tiger Moth and Great Leopard Moth as well. They are widely distributed in different parts of USA with no issues of population as of now.

Wings measure about 3 inches in these moths. 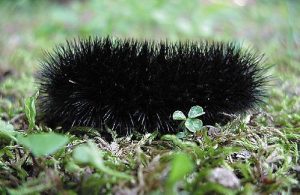 Wings have a stark white base on which black color rings are visible. It has orange marks on a blue abdomen. Males have borders around the sides of its body and black legs comprise white markings on them.

They have a wooly exterior, which is a thick layer of setae or black spines with orange bars amidst the divisions. They may grow to a length of around 2 inches.

The caterpillars leave their food plants to settle themselves in a sheltered location where they hibernate till winter ends.

Being nocturnal, adults venture out in the nights and are therefore not seen during the day.

Mating and deposition of eggs to are carried out in the nights.

In the stage of a caterpillar, they feed on a number of plants with broad leaves like violets, citrus, honeysuckles, magnolia, broadleaf plantains, lilac and dandelions.

They are a common moth in the United States, distributed in the eastern and southern parts, starting from New England stretching up to Mexico.

They frequent various forests having host plants on which the caterpillars forage extensively. Gardens, farmlands, woodlands and public areas can be frequented by them. 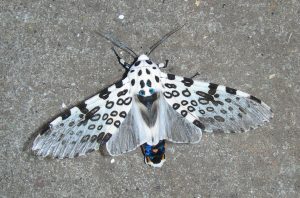 It has very less predators as is least appealing and frightening to enemies due to spiny texture and also its wings coloration.

They have black and white markings, somewhat like the leopard, on their wings which is effectively shields them from some predators.

Another defense mechanism adopted by the caterpillars is by rolling themselves like a ball.

Females emit pheromones that are caught by the antenna of the males that successfully locates the female for mating. When mating is over, the female gets on with the process of laying eggs.

A series of host plants are chosen to lay eggs, which comprise cherries, plantains, maples and other broad-leaved plants. This might be the last phase of her life as it soon comes to an end.

After the eggs are laid, the larvae come out of them which start feeding on the leaves where they emerge out of the eggs. They metamorphose into a fully grown moth after successive a stage which is replete with molts wherein they shed their skin off.

As caterpillars, they assume the wooly bear appearance and go into hibernation for some time during the winters. But it might as well wake up for light foraging on milder days in the temperate regions. After sleeping over winter, it weaves cocoon from its body. It becomes the pupa after molting in the wake of spring. In the next few weeks, it transforms into an adult moth.

H. s. scribonia and H. s. denudate are the two subspecies of this moth. 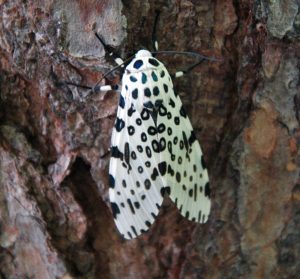 You can easily keep them as pets. Some of these conditions are to be ensured for petting them:

Prepare a big pot with grass, twigs and leaves and cover it with a plastic sheet after making holes on its surface. This will allow the eggs to evolve into a chrysalis from a caterpillar.

Put fresh leaves that the caterpillar feeds on. Try to know about the host plants so that feeding is easy.

In order to make it experience natural conditions, you can place the jar in the garden or balcony.

Since they are available in large numbers with no prevailing threats, this moth has not been evaluated as yet.

The female flies in the night for depositing its eggs after it mates with its partner. Males fly in a zig zag fashion to trace the female emitting the pheromones for mating.

Some of their images are listed here. 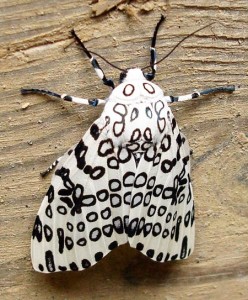 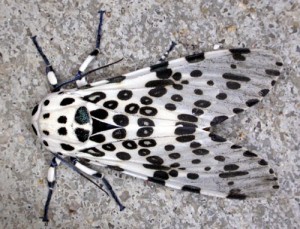