Hummingbird hawk-moths are among nature’s best mimics, having been able to emulate very close physical similarities with hummingbirds. 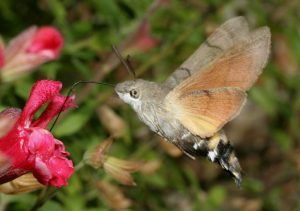 Size: These moths are medium to large.

Color: They have orange-brown hindwings, visible during flight, and grey-brown forewings. The bodies are checkered black and white.

Hummingbird hawk-moths are found in Africa, Asia, Europe, the Indian Subcontinent, Mediterranean, and the UK. They can also be spotted in North America, particularly around Texas, California, and Utah.

They survive in coastal and garden areas, as well as in woodlands and urban settings. 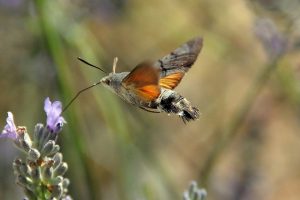 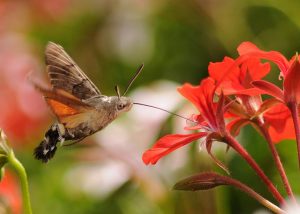 Females lay up to 200 shiny pale green spherical eggs on the plant Galium. The eggs hatch around 6-8 days.

The larvae that hatch from the eggs are yellow and achieve the green color after their second instar. They stay in the larval, or caterpillar stage for around 20 days, after which they move on to the pupa stage before becoming adults. 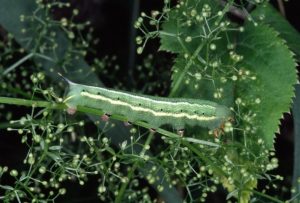 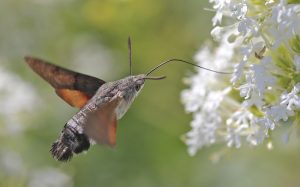 Bats, owls, spiders, rodents, and other birds of prey may attack and feed on hummingbird hawk-moths.

The hummingbird hawk moth has not been assessed by the IUCN yet. 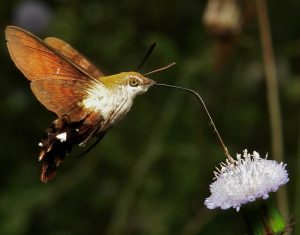 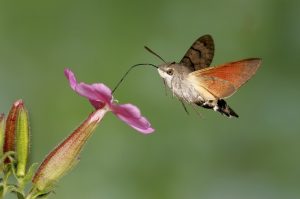