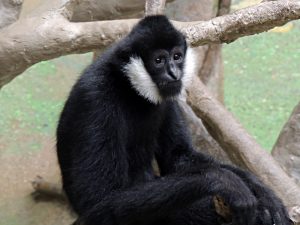 Color: They exhibit sexual dimorphism in color. The babies are born with a cream-colored fur, which turns black with a white patch on the cheeks when they reach 2 years of age. This further changes when they reach sexual maturity, wherein for the males the coat color stays the same while females revert to the original cream fur, with most of the white cheek patch becoming non-existent.

They can be found in Vietnam and Laos. 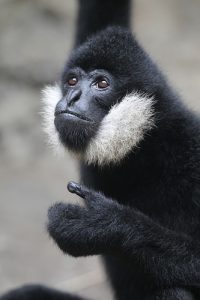 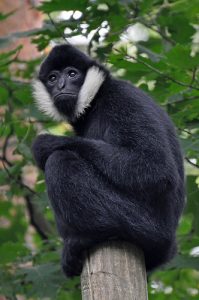 They are primarily frugivorous, spending most of their time in canopies foraging for food. Leaves, flowers, shoots, leaf buds and insects also form part of their diet.

The menstrual cycle for female White-cheeked gibbons lasts for 28 days, although they mate throughout the year. After fertilization, the gestation period lasts for about 7 months, after which a single offspring is born. 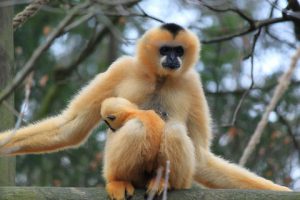 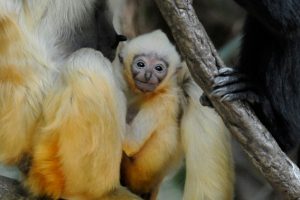 The baby clings to its mother from birth up to about 2 years of age after which it is weaned. Both the parents usually take care of the infant. The young becomes independent when they are 3 years old, and sexually mature at 6.

They have an average lifespan of around 28 years in the wild.

Both genders of white-cheeked gibbons partake in duet songs, wherein the female starts off a tune in an increasing pitch, followed by the male who joins in, and this lasts between 5 to 17 minutes. Sometimes both genders make similar calls, with the young of the group also joining in. Males can make booming calls because of their gular sacs.

Birds of prey like owls and eagles, as well as leopards, can prey on white-cheeked gibbons. However, because of their vigilance, swiftness in motion and arboreal lifestyle usually keeps the safe. 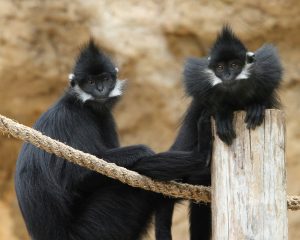 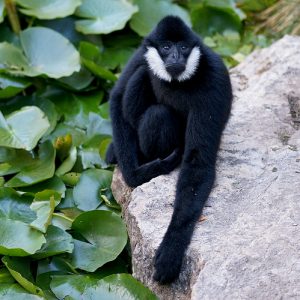 The IUCN considers the white-cheeked gibbon population as ‘Critically Endangered’.

There is believed to be roughly 455 individuals who form a viable population of white-cheeked gibbons living near the border of Vietnam and Laos. 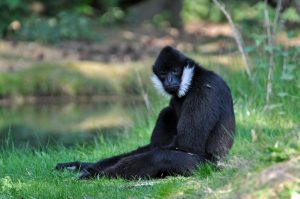 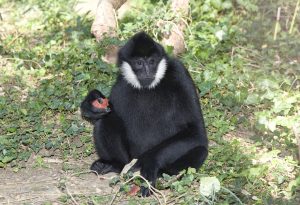