The pygmy slow loris is a prosimian primate of the loris species found in Southeast Asia. It is one of the few primate species to have a venomous bite. 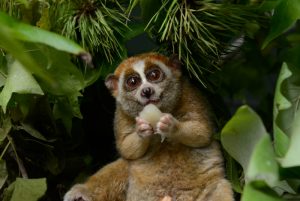 Pelage: Gray or white undersides; light brown to a thick brownish red fur on the rest of the body; unique black or white facial markings; dorsal stripes start at the crown continuing till the middle lower back.

They live in rainforests, evergreen and mixed deciduous forests of Southeast Asia.

They inhabit the countries of Vietnam, Cambodia, Laos and the Chinese Yunnan province. 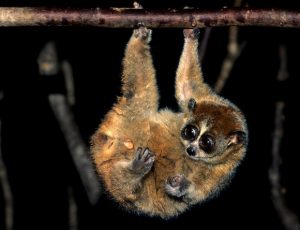 They reproduce once in every 12-18 months.

Female pygmy slow lorises go into heat or estrus during the months of July and October, getting aggressive at this time, going to the extent of lunging at the suitors who follow them.

The gestation period is around 190 days after which 1-2 offspring are birthed. 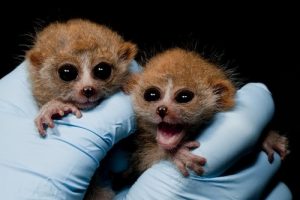 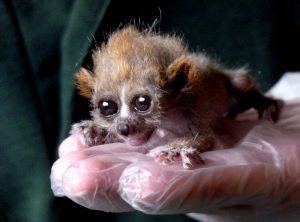 The long gestation period ensures that juveniles are born with full fur and eyesight. They are nursed by their mother for around 4-5 months, though weaning may extend up to 8 months according to certain studies.

The mother ‘parks’ her babies on suitable branches when she leaves to forage. Infants become mobile soon after birth, and start to move around on the branches.

Sexual maturity is reached in females at the age of 9 months, and males in 18-20 months.

Their lifespan is around 20 years.

Urine marking is a mode of communication, used extensively, preferred over vocalizations to remain cryptic and hidden from potential threats. They emit hissing and growling sounds when disturbed, while they whistle to the opposite sex during estrus. Mother-infant communication includes a soft comforting chirp on the mother’s part, followed by quick clicks and squeaks from the baby.

They are omnivorous. They prefer to eat fruits, shoots, and gums of trees as well as insects, and as such are experts at it. 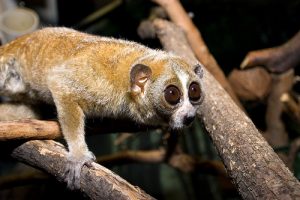 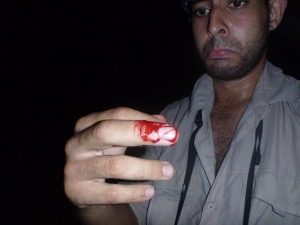 Its venomous toxic bite and inconspicuous ways have provided the pygmy slow loris with adequate protection from most predators. However, reticulated pythons are believed to prey on them.

The IUCN Red List has categorized the pygmy slow loris as a ‘vulnerable’ creature.

Years of hunting, as well as the continuous destruction of habitat because of the Vietnam War, have cut down the numbers of pygmy slow lorises drastically and constantly over the years. Their increasing demand as pets and in traditional medicine has also contributed to the population’s declining trend. 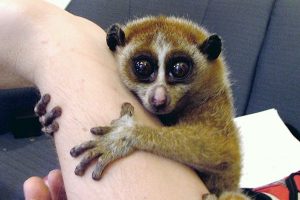