South China tigers, also known as the Amoy tiger, Xiamen tiger, South Chinese tiger, Chinese tiger, are carnivores found in China. They are believed to be the ancestors of all tiger subspecies. The most endangered among all tigers, they are in fact one of the 10 most endangered animals in the world. Some conservationists believe that they are functionally extinct in the wild. An organization is trying to rewild South China tigers in South Africa. 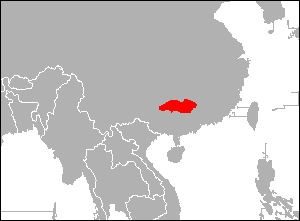 Color: They have black stripes on an orange background, undersides are white, as are the insides of the legs and parts of the face.

Although there are no confirmed sightings since the late 1990’s, these felines could once be seen in the Chinese provinces of Hunan, Guangdong, Fujian, and Jiangxi.

They live in temperate upland forests of Southern China. 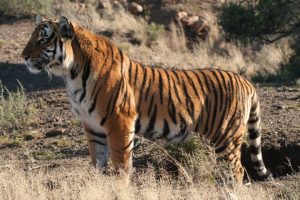 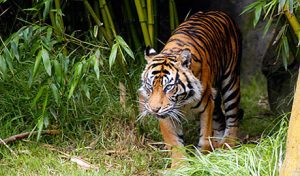 These tigers mate the most between late November and early April. The gestation period lasts for around 3-3½ months after which the female gives birth to a litter of 3-6 cubs.

Newborn cubs are blind and weigh 1.7-3.5 lbs. They are weaned at 8 weeks and taught to hunt when they reach 6 months of age. They separate from the mother when they reach an age of 1.5-2 years. Males reach sexual maturity when they are 5 years old and female reach the stage when they are 4. 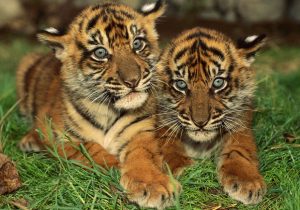 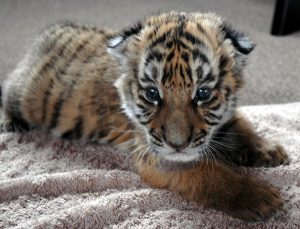 A South China tiger lives for around 15 years in the wild, but in captivity, they can live for up to 20 years.

They communicate through growls, roars, chuffs, moans. Scent marking and tree scratching are other methods of communication used.

Ungulates form the bulk of their diet. Muntjac, hog deer, wild pig are frequently hunted for food. They also kill and eat grey langurs, hares, porcupines, and peafowl. Because of human encroachment into their territory, they sometimes take livestock. 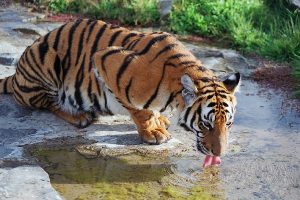 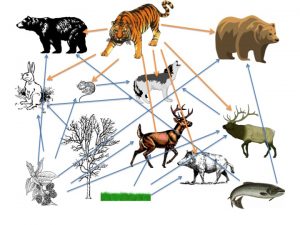 Being the apex predator in its habitat, the South China tiger does not have any natural predators.

The IUCN lists the South China tiger under the ‘Critically Endangered’ category.

Why is the South China Tiger Endangered

Around the 1950’s, the population of this tiger was believed to be around 4,000. The political scenario changed soon after, with the Chinese head-of-state announcing his country’s ‘great leap forward,’ shifting the economy from an agricultural to an industrial one. Large portions of the tiger’s habitat were destroyed, and the tigers themselves were killed in the hundreds because they were perceived as pests. Although this persecution was ceased in 1977 when killing these animals became punishable, the damage had been done. In 1987 the estimated population of South China tigers in the wild was a mere 30-40 individuals. 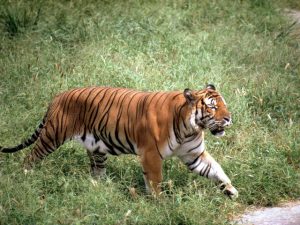 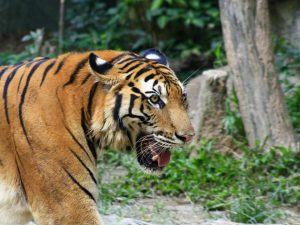