Indochinese tigers are a tiger subspecies, inhabiting of Southeastern Asia, across Myanmar, Cambodia, Laos, Thailand, and Vietnam. Their numbers are dwindling in most of their range, except for Thailand, where their population is said to be higher. This subspecies is smaller than the Bengal and Siberian tigers, but larger than the Sumatran and Malayan tiger. 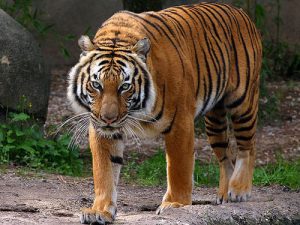 Color: Black stripes on an orange or golden background, white around the ruff regions and undersides.

Their historical range also included China, but they have been extirpated from that country. 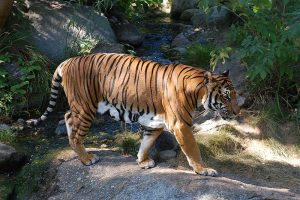 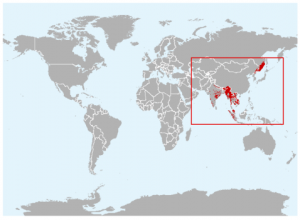 Little is derived about the Indochinese tiger’s behavioral traits because of their elusive and stealthy lifestyle. A few known facts include:

Although they may mate year-round, their peak season is said to be between November and April. The gestation period being for about 3½ months, females give birth to an average of three and a maximum of seven cubs.

The Indochinese babies are born blind and deaf, staying that way for a few days after birth. They spend their juvenile lives with their mother breaking away from her when they’re 18-28 months old. 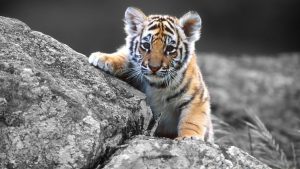 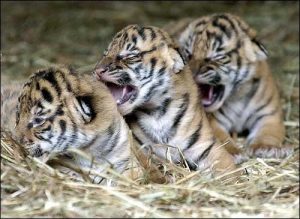 They have been seen to survive between 15-26 years.

Like all members of the Panthera genus, the Indochinese tiger can roar, because of their elongated larynx and hyoid apparatus besides which, they can also growl, moan, and chuff.

Scent marking and tree scratching are important methods of communication that they use to mark their territories. 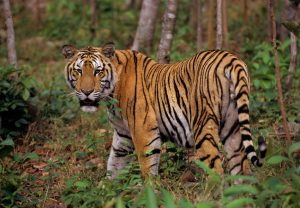 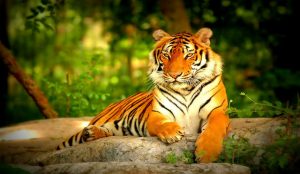 As they are the apex predator in their habitat, staying at the top of the food chain, there are no animals that kill the Indochinese tiger in the wild.

The Indochinese Tiger is listed under the ‘Endangered’ category of the IUCN Red List.

Why are Indochinese tigers endangered

Relatively constant persecution of the Indochinese tiger across their habitat, whether it is for usage of body parts for ‘medicinal’ or ornamental purposes, has brought the animal down to the brink of extinction. Human encroachment has also destroyed the habitat and its inhabitants. 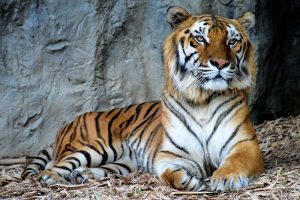 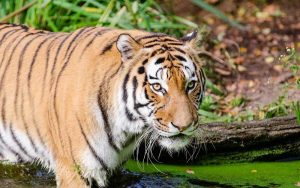