One of the smallest of the tiger subspecies and the national animal of Malaysia, the Malayan Tiger has had its population on a constant downswing for the majority of the twentieth century. Once thought to be the same species as the Indochinese tiger, it was separated into a distinct subspecies in 2004. 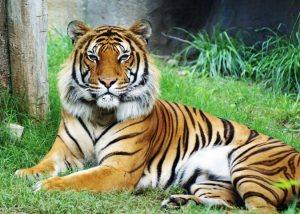 Malaysian states of Pahang, Kelantan, Terengganu, and Perak. Historically tigers were also found in the states of Perlis, Malacca and federal territories of Putrajaya and Kuala Lumpur. 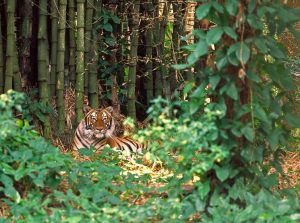 While males reach sexual maturity at about 5 years of age, females become sexually mature much sooner at about 3.  Malayan tigers may mate year round, but the females attain estrus between November and March.  The Malayan tiger’s aggression during the mating sessions is a typical big cat mating behavior. Their gestation period ranges between 100 and 105 days after which a litter of 3 to 4 cubs are born. 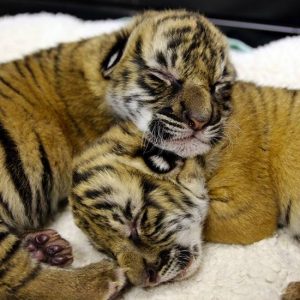 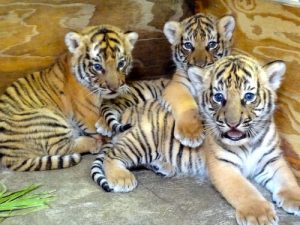 Cubs are born without eyesight and in a helpless state. They are fed milk for the first 2 months of their life, after which they begin living on meat and also begin accompanying their mothers on hunting trips.

The mortality rate for infant Malayan tiger cubs is rather high, with less than 50% juveniles getting past 2 years of age.

Malayan tigers communicate through an array of vocalizations, including chuffs, moans, growls and roars. Scent marking is another prime method of non-visual and non-auditory communication between two tigers.

Mother Malayan tigers may rub their heads on the heads of their cubs as a comforting gesture. 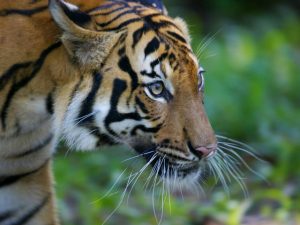 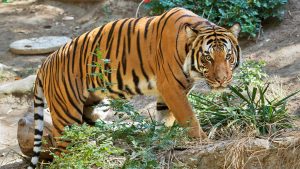 Being the apex predator, it sits at the top of the ecological food chain without having any natural predators in the wild.

The IUCN Red List has categorized the Malayan tiger as ‘Critically Endangered’. Years of having its habitat cut down and encroached upon by human settlements have left the Malayan tiger numbers in a sorry and dwindling state with just about 250-340 adult individuals in the wild.

In 2002, a state government of Malaysia had decided to get rid of the tigers but was intervened by the WWF and could not execute their plan.

Conservation efforts are underway to get the Malayan tiger out of danger of becoming extinct, but it is a steep climb uphill. 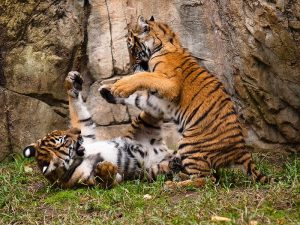 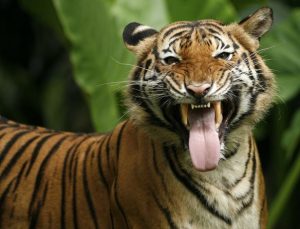