Vervet monkeys are primates found in Africa. They are behaviorally one of the closest to humans. They are divided into five subspecies. Their broad range of distribution ensures its population’s safety for some time to come. 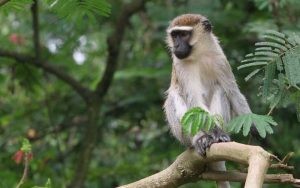 Color: They have grayish to reddish-green hair on the body with a black face with white cheeks, grizzled upper body, black tail tip, there are color variations among subspecies

Sexual Dimorphism: Males are larger and heavier, and have flamboyantly colored genitals

There are five recognized subspecies of the vervet monkey:

Vervet monkeys are abundant across Southern and Eastern Africa, Somalia and Ethiopia at the northern range to Angola in the west and South Africa. There are also introduced populations in Florida, Alabama, Texas, Arizona, California, Louisiana, Cape Verde and Ascension Island. 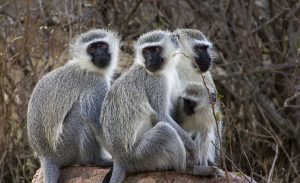 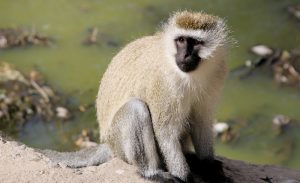 They live in open woodlands, savannahs and riverine woodlands. They usually stay near a water body. 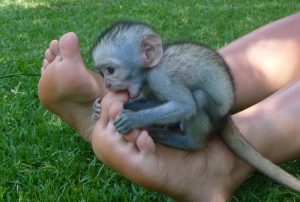 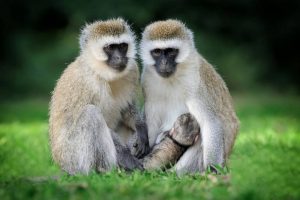 The birthing season for vervets falls between September and February. The females give birth to offspring once annually. The gestation period lasts for around 5½ months. Usually, a single offspring is born, but sometimes twin births have been reported.

The babies are born with a weight of less than a pound. They are weaned at around 8½ months. The mother’s position determines an offspring’s rank in the group. Male vervets reach sexual maturity when they are about 5 years old, while females become mature between 2½-4 years of age.

A vervet monkey can live for up to 30 years.

They have around 36 distinct calls.

The sounds that these monkeys use to communicate with each other have studied in detail. It is widely believed that they have separate alarm calls for different situations. If an individual makes an alarm call for an incoming eagle, others will look up at the sky, while another alarm call for a leopard makes all other individuals scampering for the trees. Another unique aspect of their communication is the ability of mothers to recognize their infant’s calls. 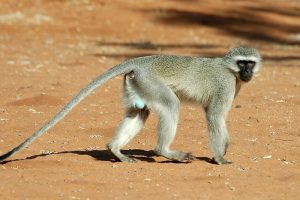 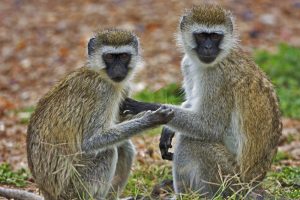 The IUCN lists vervet monkeys under the ‘Least Concern’ category. 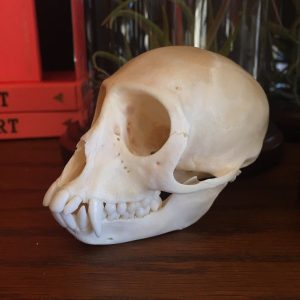 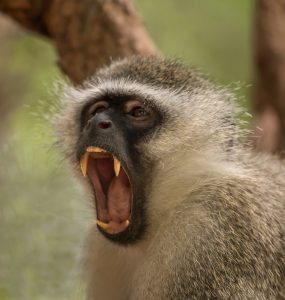