The wandering albatross is a large bird found in the Southern Ocean. It is also known as snowy albatross, white-winged albatross, and goonie. 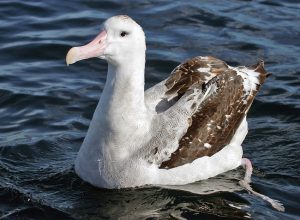 Color: The plumage for juveniles is chocolate brown which becomes whiter with age. The wings in adults are white with black around the tips while the female’s wings have more black on them. The bill and feet are pink.

Sexual Dimorphism: Males are a little bit larger than females. 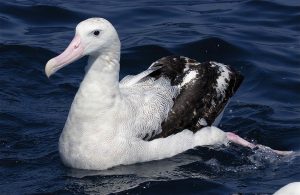 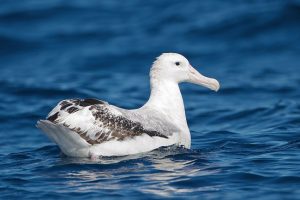 These birds mate for life and mate every other year. Males reach the breeding grounds before females and locate the same nesting sites they had used the previous season, although they may also choose to build new ones. Females arrive after males. The breeding season usually occurs between December and March. The female lays one egg per breeding season which is then incubated for 74-85 days. Both parents take part in incubation.

The hatchling stays in its parents’ care for up to 9 months of age, after which they achieve independence. They reach sexual maturity by the time they are 9 years old. 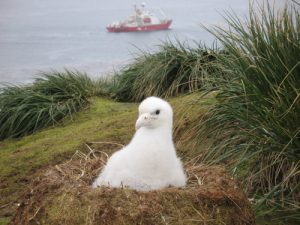 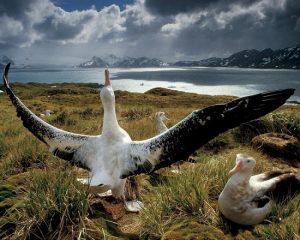 Wandering albatrosses can live for up to 50 years.

These birds communicate by croaking, bill-clapping, bill-touching, trumpeting, and pointing towards the sky with their bills. 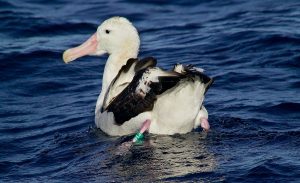 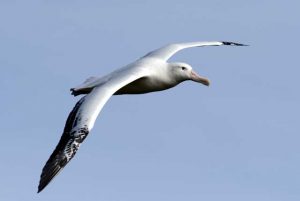 Adult wandering albatrosses have no predators. Eggs, hatchlings, and juveniles, on the other hand, are preyed upon by sheathbills and skuas. In addition to these two, several introduced animals like goats, pigs, rats, mice, and cats also eat the chicks and eggs.

The International Union for Conservation of Nature lists the wandering albatross under their ‘Vulnerable’ category. 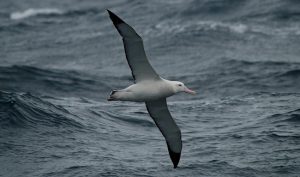 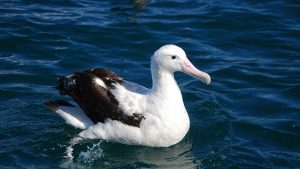