Andean condors are large birds of prey belonging to the family of New World vultures found along the Pacific coasts of South America, as well as throughout its namesake mountain range, the Andes. It is the only representative of the genus ‘Vultur.’

Color: Adults are entirely black, except for the base of the neck, which has frilly white feathers. The flight feathers in adults too, are white.  Juveniles have brown and olive-grey feathers. 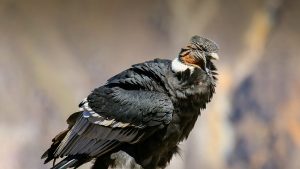 Sexual Dimorphism: Unlike most other birds of prey, male Andean condors are larger than females. The color of the irises also differs, with males having brown ones, and females red. Males also have a comb on the crown of their head, something that the females do not.

They can be found in alpine areas up to 16,000 ft (5,000 m), open grasslands, and coastal regions. Particularly non-forested areas are preferred that aid them in detecting carrion from afar. 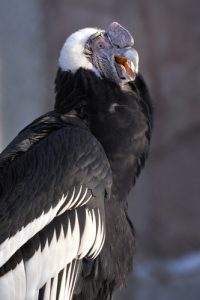 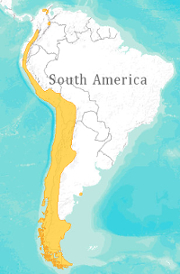 Andean condors are scavengers and prefer large carcasses of cattle, deer, llamas, alpacas, rheas, and armadillos. In the coastal areas, food supply is plentiful, and these birds usually follow other raptors to carrion.

Andean condors are monogamous and mate for life. They do not build nests and lay the eggs with a few sticks around them on rock ledges. They breed one every 2 to 3 years, depending on the food resources. Usually, the clutch consists of just one egg, which is incubated for 2-3 months. The hatchling is looked after by both parents till it is ready to fledge, which can take up to 7 months. 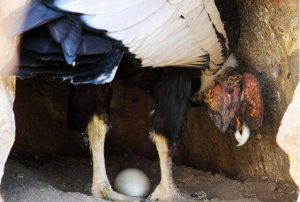 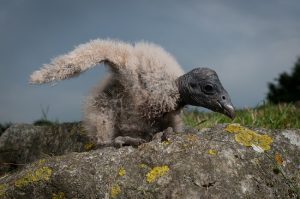 The offspring may stay with their parents for 2-3 years before it becomes independent. Sexual maturity is attained when an Andean condor is about 5 or 6 years of age.

This is a long-lived bird and may live for up to 50 years in the wild. This high longevity is attributed to the facts that it matures slowly, and has no natural predators in the wild. In captivity, there are individuals to have lived for 80 years. 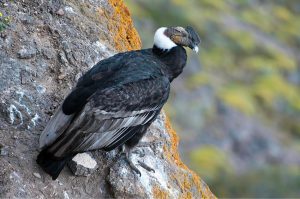 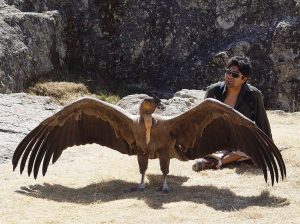 Both sexes of Andean condors have a patch of bare skin on their necks, the color of which they change as per their moods. They also use clicks and hisses but are less vocal than other birds because they lack the syrinx necessary to emit complex sounds. 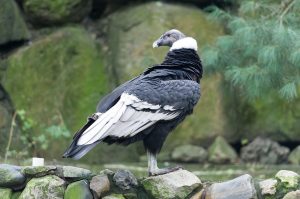 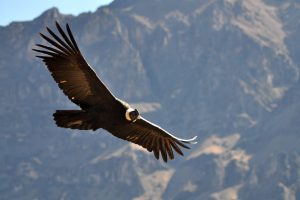 Adult Andean condors do not have any natural predators, but hatchlings, chicks, and eggs may fall prey to other raptors and foxes, the latter only if the nest can be accessed by terrestrial predators.

These birds are classified as ‘Near Threatened’ by the IUCN. The main challenges to its existence are habitat loss and poisoning of carrion by hunters who consider this bird a pest. 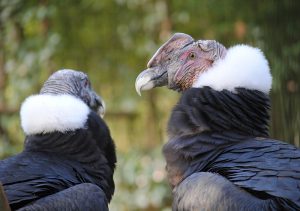 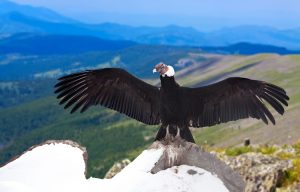