Threadfin species belong to Polynemidae family. This species has huge importance both as a bait fish and as a food fish. Small Threadfins are used by anglers as bait. It has nine genera and 33 species. 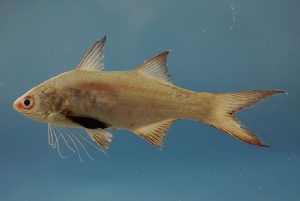 This species is mostly found in the tropical and subtropical oceans across the world.

Threadfins prefer to inhabit shallow open water with sandy or muddy bottoms. They are rarely spotted near reefs.

This species can tolerate various range of salt level in the water. This is the reason why they find it easier to inhabit estuaries and rivers.

This species feed on plankton, crustaceans and small fishes. 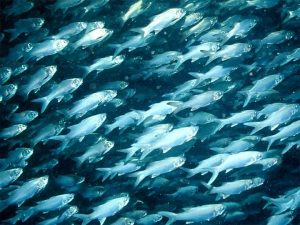 Threadfins like to form large schools. This is also the reason why it becomes easier for the fishermen to catch this species.

It is believed that they breed throughout the year. Females lay small buoyant eggs in to the water. Eggs tend to float with the current till they are hatched.

Depending on the species, the lifespan varies from 2 to 7 years.

Their predators include large and medium sized sea species like sharks.

Here are some pictures of this species: 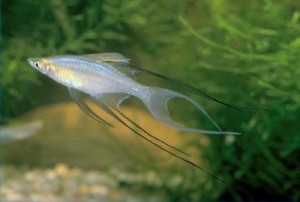