The beard fishes are small, deep-sea marine ray-finned fishes. They are named as so because of their pair of long hyoid barbells. Hyoid is a horse-shoe shaped bone situated in the anterior midline of the neck between the chin and the thyroid cartilage. These fishes are of less economic importance.

Color : Their head and body is bluish gray in color. Their belly is silvery colored.

Shape : They usually have a circular body and are found down at about 800 meters depth. 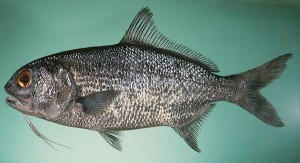 These species prefer tropical and sub-tropical waters because they are deep water fish. These fishes are also seen in deep sea coral. Beardfishes like both gravel and sandy bottoms.

Not much is known about their behavioural pattern. But all that is known is that they are peaceful in nature and are not aggressive.

Aquatic animals that are bigger in size than the beardfish preys on this fish for their diet.

This species boasts few adaptive features for its survival.

Their mating season is evident between April and June.

Not much is known of their reproduction. Their eggs have not been found. But from their growing population, it can be said that they reproduce in large numbers.

Sum up some of the most interesting facts about this fish.

Here are a few images of breadfish. 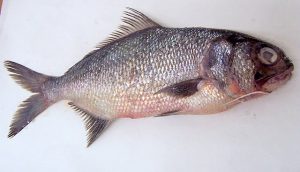 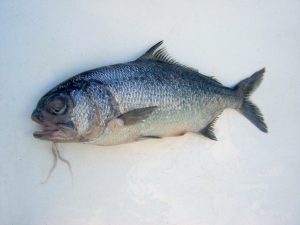