Bowfins belong to the Amiiformes order and the family of Amiidae. It is the only surviving member of this family. It is a sturdy fish with a long body and flat head. Other species of the family can be traced in fossils from the Cretaceous, Eocene and Jurassic period. They inhabit freshwaters but are not prized game fishes. A prehistoric form of skeleton, topped with a double skull along with densely toothed wide mouth has enabled it to so long even after the demolish of the rest of its family. Some of its common names are black fish, dogfish, grinner, beaverfish, choupique and swamp bass.

Features of this robust fish has been described below.

Size : It can grow up to 43 inches in its lifetime.

Weight : It weighs around 10 kg or a little less.

Color : Female fishes of this species have a dark green body with faded shade on the underneath side. In males, an eye spot surrounded with yellow color is prominent close to the tail. During spawning season, their fins change into vivid bluish green color. Underside of the male is beige and the upper parts are deep brown in color. Generally their green fins are striped horizontally.

Fins : They have elongated dorsal fins which is a distinctive characteristic in them. There are more than 200 rows of theses dorsal fins, originating from the middle of its back to the tail’s base. The tail is short and rounded.

Other features : On the outside of the lower jaw, the gular or bony plate is situated.

Juveniles : On the two sides of their bodies, they have wavy lines or spots.

These fishes have originated from eastern United States and southeast Canada. Its native range can be traced from Ottawa and St. Lawrence into Great Lakes towards west of Texas till the Atlantic. At present they are distributed in North America, spreading across the Mississippi basin. From there it extends to the Gulf Coast, sweeping across Florida up to Atlantic Coast.

In the marshes of Lake Erie in Ohio, these fishes are pretty abundant. It prefers to live in clear, shallow water with plenty of aquatic vegetation. It inhabits rivers, natural lakes, embayment systems and ox-bows. They are intolerant to clay silt s. These fishes can also live in areas with less oxygen and high temperature.

It migrates during the spawning months and also moves into flood-plains during high tides. They also migrate for feeding, as observed. During the day time, they forage in deeper waters and move into shallow waters at night.

They are not fussy eaters hence they feed on any aquatic creatures, from frogs to snakes. It usually feeds on crayfish, amphibians and crustaceans. They also eat injured fishes or their carcasses.

Spawning of the Bowfin fishes take place in marshy bays where there is plentiful vegetation. For the females to lay eggs, the males create the nests by cleaning off the weeds of a range. One or more females may lay eggs in the same nest in the night. Once they are laid, the males perform the guarding duty.

When the eggs hatch, the young ones stick themselves to the vegetation rootlets with the help of their bodily organ, just like glue. Till they attain a size of around 3 inches, they are protected by the males. They form schools and travel with it. Maturity has been noticed to occur by the age of 3 years in the juveniles.

It might be difficult to ascertain their life span but they may live for 10 years in the wild. In captivity, the species has been kept alive for as long as 30 years. 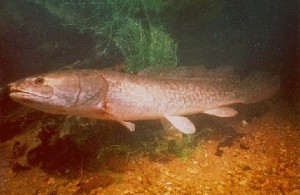 It has no known sub-species.

Major threats to these bowfins are basically the bigger ones of their type.

Housing : Make sure, you have made ample room for your pet as it grows drastically in its first year. Therefore a large aquarium is best suited for it.

Feeding : You can feed them with fishes, frogs, worms and insects apart from crustaceans.

Care : While handling it be careful as it will leave no instance of biting if it is meddled with.

Presently they are not threatened or endangered.

Take a look at some of the pictures here. 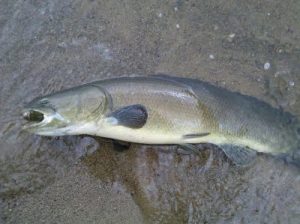 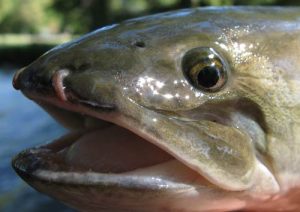