The bat ray is a member of the eagle ray family that is named so because of its pectoral fins spread such that its appearance resembles that of a bat. 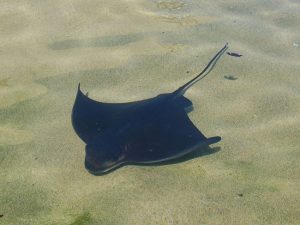 Wingspan: Their wingspan measures up to 6 feet.

Weight: They weigh around 200 lbs.

Sexual Dimorphism: Females are larger than in size than males.

Color: They have a black or dark brown dorsal side, while the ventral side is white.

Their geographic range includes the eastern Pacific Ocean, from the coastline of Oregon to the Gulf of California, it can also be found near the Galapagos Islands. 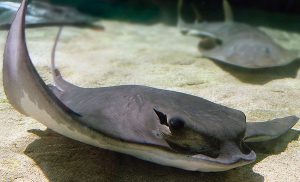 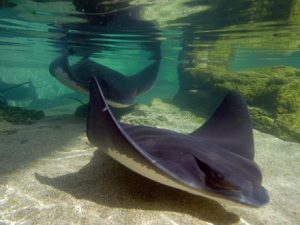 Bat rays mate once a year during the seasons of spring or summer. Their copulation method includes the male sliding under the female and inserting a clasper into the cloaca of the female. They move around in synchronized wing beats for the duration of the insemination.

The gestation period lasts between 9-12 months. The breeding system is ovoviviparous. 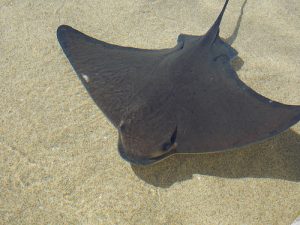 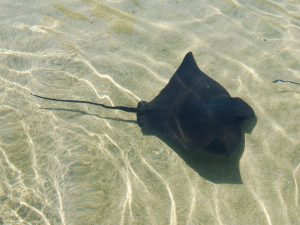 2-10 pups are born depending on the size of the mother. The young babies don’t require parental care after birth.

They reach sexual maturity at 5 years of age.

They have been known to live for up to 23 years.

Diet: What Do Bat Rays Eat 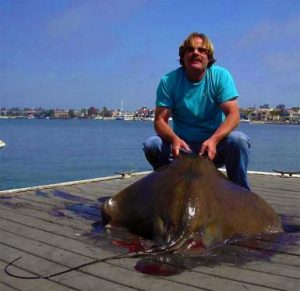 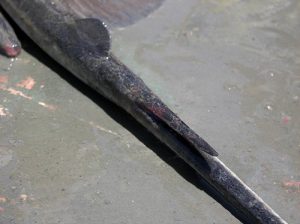 The bat ray is categorized under Least Concern on the IUCN Red List. 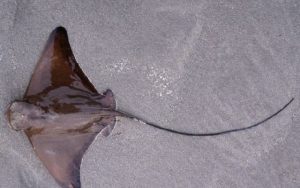