Painted turtle is a marvelous looking and colorful species of turtle. It belongs to the family of pond turtles. Only four sub-species of this turtle have been found and recorded to have evolved from the main species whose traces date back to 15millios of years old fossils. These sub-species have been into existence since the Last Ice Age.

Find out all about this wonderful species of reptile in the article below.

Shells vary in size between 4 inches and 10 inches. 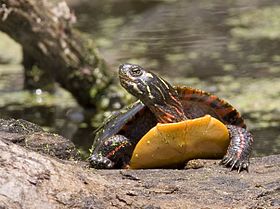 Color : As the name suggests this turtle is very colorful. Colors of the shells vary from olive to black. Depending on the shell the turtles’ skin color varies. The skin comes in the color of the shell. Underneath part of the shell is comes in red or yellow and has a dark colored centre. There are red and yellow stripes on the skin of neck, tail and legs of this turtle.

Head : Its head is joined to the body through a short neck. A pair of black eyes bulges out from two sides of its face. It does not have ears. The nose also snouts out from the front part of the turtle’s face.

Body : A soft, fleshy body is hidden under the tough shell of this turtle. Only the head, limbs and tail remains outside the shell.

Limbs : This turtle’s limbs are webbed unlike other turtles.

This species of turtles diet on both animals and plants, thus they are omnivorous beings. They eat both living and dead animals. Different subspecies of this turtle have different diet habits.

These turtles are not just awesomely beautiful creatures but are also very interesting in their behavioral traits. 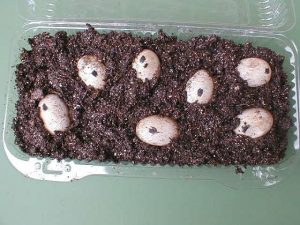 These turtles prefer to inhabit in lake shores, ponds, marshes, creeks, etc. These turtles need fresh water to live in. 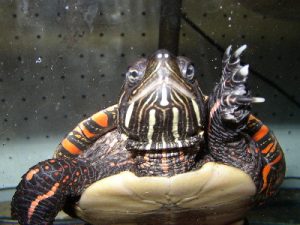 The painted turtle is an extremely harmless creature with almost no aggressive defensive characteristics. But nature did not exempt this harmless species from acquiring its own adaptive features to secure its existence.

Mating season of this species of turtle is between mid April and end of July. In all the four sub-species of the main turtle species ate during this time span.

Male ones of this species of turtles have longer claws than the females on their front webbed feet. The males caress the females’ cheeks to express their wish to mate with them. When both the genders are ready to mate with each other they dive down to the deepest bottom of fresh water pond or lakes where they reside and mate over there.

Then the females lay eggs that number between 4 and 20. They lay their eggs on dry land in open areas. The incubation period lasts about 70 days to 90 days.

Till a week from hatching the hatchlings survive on the eggs’ yolks. Then post that period they start feeding normally to grow. These hatchlings grow very fast in the first year. Female turtles grow faster in size than the male turtles.

Painted turtles are known to live for more than 20 years in the wild. Their life span varies when they are bred in captivity depending on their care taken.

Laws : Animal preservation laws prevent from petting turtles. Though for scientific researches they are being smuggled. Before petting a painted turtle only as a hobby it is safer to check the relative state laws and get proper permit papers.

Housing : Provide a proper sized water tank as their house. Provide a basking site as well. Water in the tank should be regularly changed and constantly filtered. 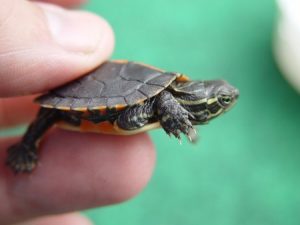 Feeding : Feeding of the petted Painted turtle will depend on which sub-species of it has been petted. To learn what to feed the extremely adored pet please refer checkDIET. Occasionally some vitamin supplements can be fed them but under supervision of a veterinary.

IUCN has listed this species of turtle as “Least Concerned” ones, which means that their existence is perfectly safe given their habit and diet conditions are completely safe.

Read some of the extremely interesting facts about the painted turtle aggregated below.

Here are some beautiful images of this turtle. 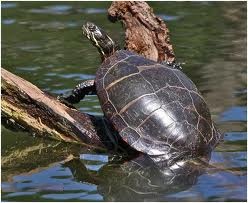 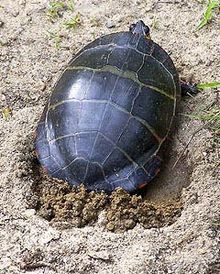