Lymnaea stagnalis is a fresh water snail which is also known as the great pond snail. They are widely found in Britain, Canada and northern continents of the world. They belong to the family Lymnaeidae and are known to inhale oxygen from water.

This snail is known by its common name Great Pond Snail.

Here is a general description of how these snails look.

Color : The snails are yellowish grey. They have shells that are shiny yellowish brown in color.

Size : A full grown adult is 45 to 60mm tall. These pond snails have large heads. 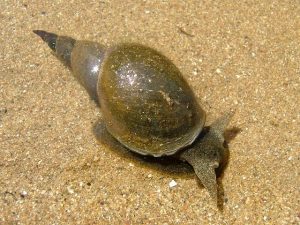 Shell : The shells are tall and slender being a bit pointed on top. The size of shells ranges between 4.5 to 6cm. The wall of the shell is soft and translucent. There are scattered marks on the shells with lines indicating span of growth. The shell surface is also dented at some points.

Tentacles : These snails have flattened tentacles.

These species are only found in the northern continents of the world. They are native to the British Isles residing only in Great Britain and Ireland. They are largely scattered across Cambodia, Canada, Poland, Czech Republic, Ukraine, Sweden, Switzerland, Russia, Germany, Slovakia and Netherlands.

These snails are largely freshwater animals. They also prefer living in waters that flow slowly and in stagnant water bodies.

There are some interesting behavioural traits found in these snails.

This species eat plants and animals. They mostly attack newts and small-sized fishes besides having a taste for water beetle larvae. They are often found to show cannibalistic behaviour, eating smaller snails in the ponds. 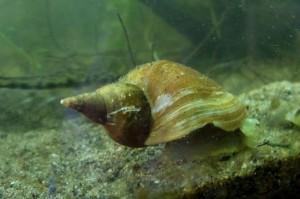 Tests were carried out on these creatures which involved some of the species being reared in laboratories, that resulted in these snails responding to the scent of crayfishes. Increased sensitivity towards crayfish has proven the crustacean to be the only predator detected by these invertebrates.

There have been numerous adaptive behavioural traits found in Great Pond Snails. They grow larger in size in bigger ponds. When the ponds become icy or when these creatures move into deep water, they tend to inhale oxygen through their skin.

Lymnaea stagnalis reproduces as a hermaphrodite that is playing both male and female roles. A single copulation can have only one sexual role each timeto be performed. Sexual roles can be swapped after completion of each performance.

These creatures lay large-sized eggs that are gelatinous in form. Usually the eggs are laid on weeds and other pond objects. Egg masses are somewhere between 5 to 6 cm long and they contain about 50 to 120 eggs. 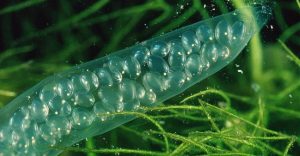 Some records suggest these animals reaching 6 or 7 years of age. However, very few of them tend to reach this age.

These invertebrates are often stored in aquariums. These snails are harmful in nature but still they make a great aquarium choice.

They should not be brought near fishes and other snails. They can have lettuce and algae wafers while residing in an aquarium. The tanks must be cleaned every 3 weeks for better survival of the Great Pond Snails.

The species has got a ‘Least Concern’ tag by the IUCN.

Here are few interesting facts to know about the snail.

Here are a few pictures of the great pond snail. 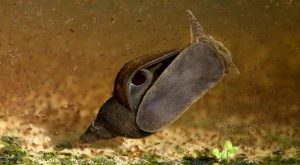 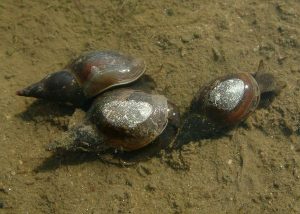