Savannah monitors are medium sized lizards found in Africa. They’re also known as savannah monitor lizard and Bosc’s monitor, the latter more predominant in Europe, as it was first described by Louis Bosc, a Frenchman. 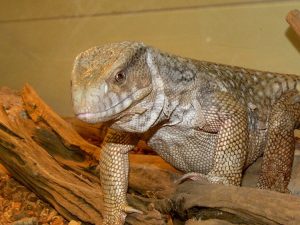 Color: The base color of the body ranges from light yellow to grey. There are light yellow marks on the head and circular dark-edged yellow spots on the back arranged in symmetrical rows. The ventral portion and inside of the limbs are a yellowish-grey to brown. There are alternating rings of yellowish and brown on the tail. The forked-tongue is blue.

They can be found across Sub-Saharan Africa and also in the central and western parts of the continent, extending south into the Congo River.

Savannah is the most preferred habitat of this reptile. They also live in open forests, woodlands, and desert-type areas. 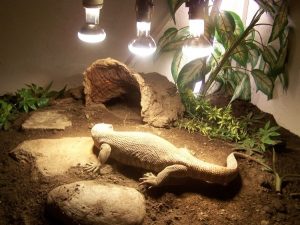 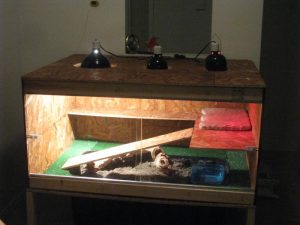 Their feeding style is based on a feast or fast system. The wet season brings an abundance of food, and savannah monitors take full advantage while during the dry season they survive off the fat reserves accumulated during the wet season.

They consume toads, snakes, small mammals, birds, lizards, and eggs. Snails form a significant part of their diet. Juveniles are, however, primarily insectivores. The rate of flicks of their tongue increases from 20 per minute up to 80 per minute after they have bitten a prey. This helps them to locate the injured prey. 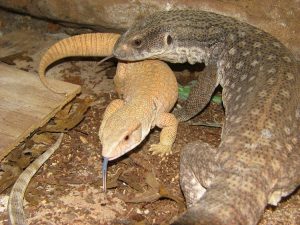 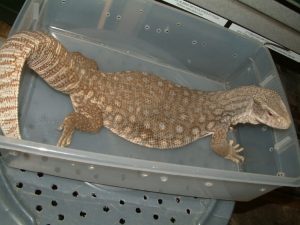 The mating season for savannah monitors coincides with the above-mentioned wet season when there is no food shortage. A male follows after a female in a relentless manner, occasionally scratching her or biting her neck. The female eventually gives in and the two mate. Copulation usually lasts for a few hours. Four weeks later the female lays between 20 and 50 eggs in a nest she builds from scratch. She may also use a termite mound.

The hatch rate for the eggs is exceptionally high at 100%. The incubation period lasts for five to six months.

The offspring grow rapidly in the first two months of their life. They eventually reach sexual maturity at 1.5-2 years of age. 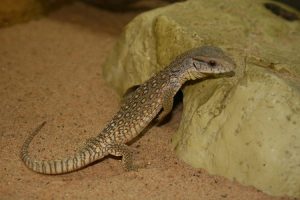 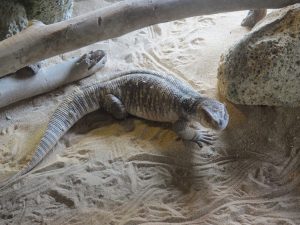 They live for around 13 years in captivity. Life expectancy in the wild is lower.

They are usually quite. Hissing is a sound they make to warn and ward off predators. They also communicate through chemical means. 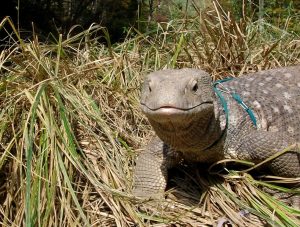 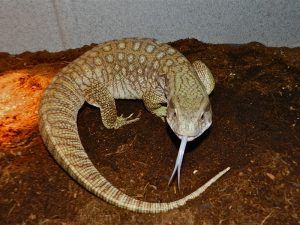 Some snakes and birds may prey on these reptiles.

Savannah monitors are popular pets due to their docile temperament. They do have to be given a housing which closely resembles their native habitat. They also need to be cared for to maintain good health and avoid aggressive behavior. 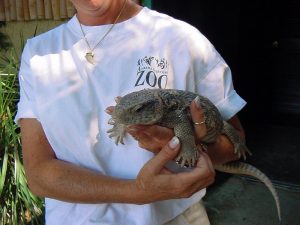 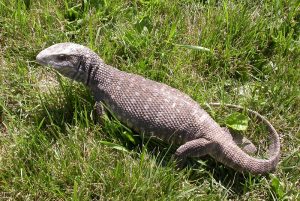 The IUCN lists the savannah monitor under the ‘Least Concern’ category. 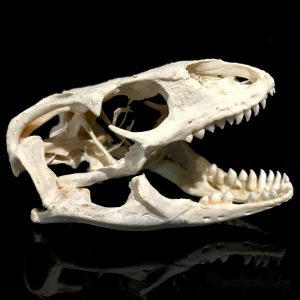 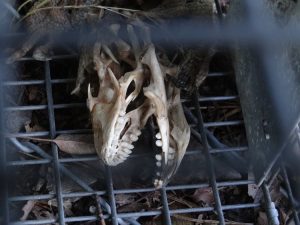