Belonging to the species of New World Mouse, the Golden Mouse is a tiny looking creature mainly belonging to the southeastern regions of United States. Like any other animal, they have very distinct physical characteristics and eating habits that are indeed interesting. These attractive creatures love to remain in the wilderness and are seldom found near places inhabited by humans.

These rodents have unique physical characteristics that help in their identification.

Length: Bodily length of the Golden Mice varies from 50 to 115 mm approximately.

Tail: Their prehensile tails range between 48 and 98 mm.

Color: They are furry animals having a golden hue from the top but downside (including feet) they are creamy white in color. Tones in the dorsal regions vary according to the different geographical regions, from yellowish to reddish. It has a bi-colored tail. Newborns are slightly reddish in color.

Teeth: Golden Mice have long and pointed incisors that are bifurcated by the use of diastema. They do not have premolars or canines.

Weight: It weighs more than 2 g when it is born but that gradually increases to 25 grams approximately as it grows up into an adult. 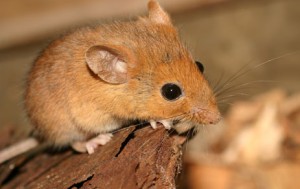 The White footed mouse may be identified as a similar creature as it has similarities in fur pattern and size. Only difference is its color which is reddish brown unlike the golden mouse.

They are predominant in southeastern United States, comprising Texas, Florida, Virginia, Missouri, and Georgia. Basically, it is concentrated in Appalachian Mountains spread along central Florida and major parts of Kentucky, southern Illinois and Missouri.

Mainly found in swamps and woodlands, the golden mice can be traced to nooks and crevices of the forests. Be it the vines, the mountain slopes or brush land, these creatures are happily housed in there.

Researches have found that the creatures are found in great numbers in areas having density of red cedar, honeysuckle and greenbrier. At the edges of forests and lowlands, these creatures dwell in plenty.

They tend to make their nests on the ground as well as on the trees, depending on circumstances. They live in remodeled nests of birds that they keep well hidden on the ground. Nests are very big, made of pine needles, grasses and dead leaves.

They are granivorous creatures surviving largely on seeds among which sumac, honeysuckle and some others are included. They also eat berries of various plants like dogwood, cherry, greenbier and blackberry. They also prefer a varied comprising a mix of seeds, vegetables and fruits.

Reproductive season of the Golden Mouse varies according to the various geographical locations. In Tennessee and Kentucky, this season starts in March continuing till October but in Texas, it begins in September.

Gestation period of these mammals is 30 days. Winter is supposedly the most important reproductive season of the Golden Mice. In a year, the mother gives birth many times as the gestation period is only 4 weeks after which they again copulate.

It displays these behavioral traits. 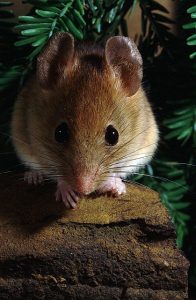 Golden mice are being preyed upon by many nocturnal animals, comprising owls and weasels. Several researches have resulted in the formation of the fact that timber rattlesnake and bobcat also survive on these creatures.

After almost 30 days of gestation, around 2 to 4 infants are born that subsequently attain the size of an adult after 8 to 9 weeks. They are born with their eyes and ears closed that function normally after 2 weeks from their birth.

In general the Golden Mouse lives for one or two years but then those that are confined have reported to live up to 5 or 6 years.

Their tails act differently in various situations providing support and balance. They can hang with its help as well as use it as a support while climbing the trees.

They make good pets as they are tamable.

Housing: Keep them amidst vegetation so that they are not deprived of their natural habitat.

Feeding: Feed them with nuts, seeds, fruits and vegetables that suit them the most. They can also be fed with wheat bread in small amounts.

Caring: It is better to keep them in company of other creatures of the same fraternity as they are very sociable creatures. To keep them happy, play with them and give them things to play with.

In Illinois, this species has been considered as endangered. IUCN has listed them under least concern species.

Nimble and tiny Golden mice live freely in the wilderness, scouting for food in the nooks and crevices of the woodlands. They display myriad characteristics in their behavior and physicality which make them unique.

Get an idea about their looks from these pictures listed here. 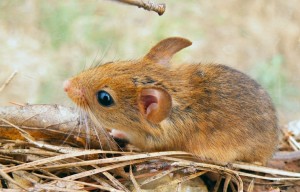 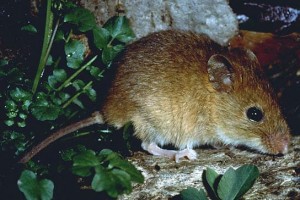