Galapagos tortoise or Galapagos Giant tortoise scientifically referred to as Chelonoidis nigra is known to be the 13th heaviest surviving reptile and the largest species existing on earth. The term Galapagos has been derived from the Spanish word ‘galapago’, meaning tortoise. Their enormous size and overwhelming requirements prevents them from being a good choice of pets. 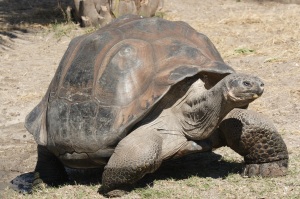 The Galapagos tortoise is known to have 15 subspecies of which only 11 are alive at present, including:

Size:  The young animals are about 6 centimeters in size when they come out of their nest whereas the adult is 122 centimeters long. 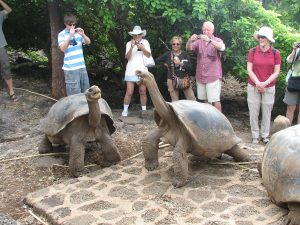 Weight: An adult male tortoise can weigh between 250-300 kilograms whereas their female counterparts weigh around 110-180 kilograms. Heavier versions also existed though they have now become extinct.

Color: They have a dull brown shell with round or pentagonal markings.

Shell or Carapace: This species is characterized by a large saddle shaped or dome shaped shell, the plates of which are fused with its ribs in a protective framework forming an integral part of their skeleton. The carapace shape of the females is wider and elongated than males. 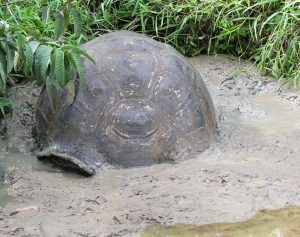 Teeth: This species has strong jaws but are devoid of any teeth. 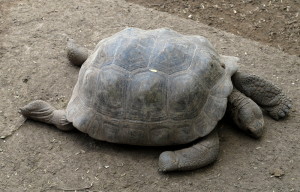 The Galapagos tortoise is found in the dry and hot regions of the Galapagos Islands, located at a distance of about 1000 km to the western part of the mainland of Ecuador.

They dwell in muddy wallows and puddles in preferably sunny areas. Some of them may be found resting under large overhanging rocks. In the hot and dry season they tend to move to the cooler highlands whereas during the rainy season they go back to the lowlands. 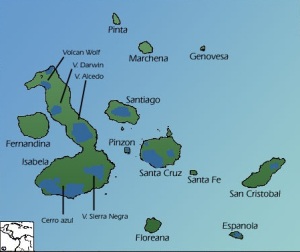 The tortoises being herbivores, mainly feed on green vegetation with their diet mainly comprising of lichens, grasses, leaves, berries and cacti. 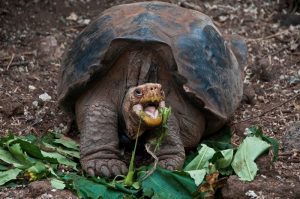 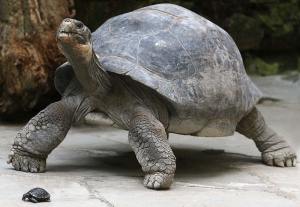 The adults do not have any natural predators, while the Galapagos Hawk is the only natural predator of the baby tortoises. Several mammals such as cats, dogs, black rats and feral pigs have also posed a major threat to young ones.

Their mating season is throughout the year, with the most favorable time being from February to June. The males become territorial and compete with each other for the female. During the fight they glare ferociously at each other with the one able to stretch its head to the greatest height being the winner.Head biting is another common trait during their fights, mostly observed in the saddle back sub species. The males emit a harsh bellowing sound or grunt while mating and rams the shell of the female with that of his own. 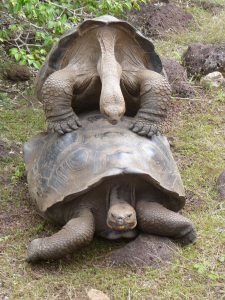 During the period of egg laying (July to November) the female travels up to several kilometers to find dry areas for nesting. They use their hind legs to dig around 30cm deep cylindrical holes to lay 16 spherical hard shelled eggs, resembling a billiard ball, weighing between 82 and 157 grams. They leave the eggs to be incubated after sealing the nest hole firmly. Nests receiving low temperatures lead to males while females are born out of nests getting a higher temperature. The young tortoise comes out after a span of four to eight months, weighing 50 grams. Sexual maturity is attained between 20 years and 30 years of age. 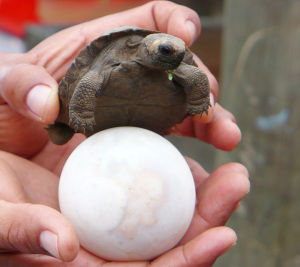 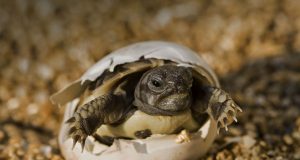 Giant tortoises are known to live for the longest span among all vertebrates with their average life span being 100 years. Tortoises raised in captivity survive for at least 170 years.

The IUCN has declared this species to be” Vulnerable”. They have been threatened in their natural habitat since their pastures have been shared by the introduction of non-native animals like goats, pigs and rats. Their numbers reduced drastically from 250,000 in the 16th century to about 3,000 during the 1970s. Modern conservation measures helped the numbers to increase to over 19,000 in the beginning of the 21st century. As of now there may be only 15000 of them left. 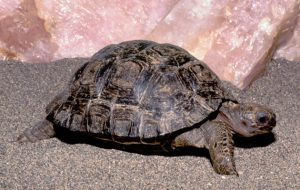 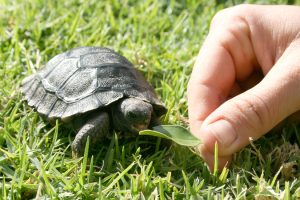 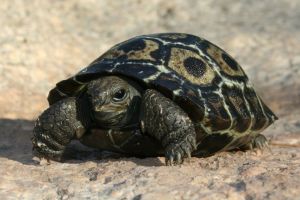 Interesting facts about the Galapagos Tortoise 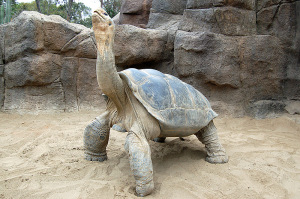 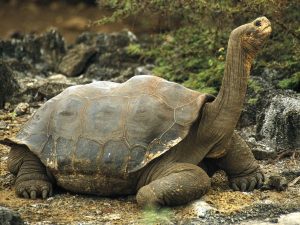