Reticulated giraffes, sometimes called the Somali giraffe, are among the tallest mammals in the world. They are sometimes considered a subspecies of the Northern giraffe. Their long necks sometimes become a hindrance for them when they are at watering holes, as they have to spread their legs considerably to make their mouth reach the water. They can drink around 18 gallons of water in one go. 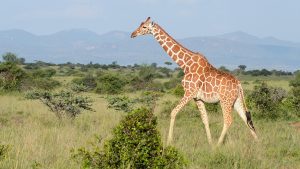 Color – They have polygonal and large liver-colored spots outlined with a network of white lines.

They live in seasonal floodplains, savannahs, woodlands, and rainforests. 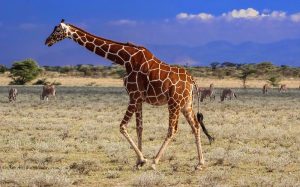 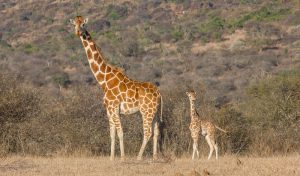 They eat more than 100 different species of plants. Acacia remains their favorite. Sometimes, they also feed on the carcasses of antelopes, primarily chewing on the dried bones to get calcium. 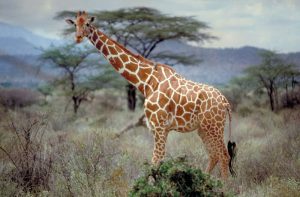 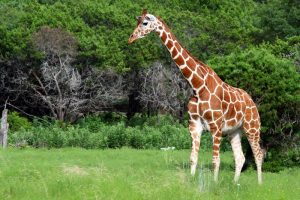 Their breeding season falls between May and August. Males engage among themselves in a ritual known as necking, wherein two individuals swing their necks at each other, and the last giraffe standing wins the mating rights with the female. They also use the horns (called ossicones) at the top of their heads to ram each other.

After a gestation period of around 450 days (15 months) a single calf is born.

Calves are about 6 feet tall when they are born and can weigh around 200 pounds. They gain the ability to stand up within an hour after birth and start feeding on their mother’s milk. Female offspring reach sexual maturity when they are about 4 years old, while male reticulated giraffes attain gusto much later when they are 10. 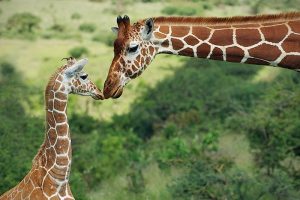 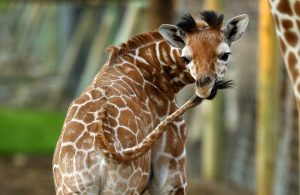 They usually live for around 25 years in the wild.

They communicate with each other through bellows, hisses, snores and grunts. They also use an infrasonic sound, which is inaudible to humans.

They are preyed upon relatively rarely because of their long necks helping to spot threats from afar, but lions sometimes prey on juveniles, as do crocodiles and spotted hyenas. 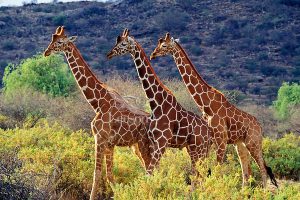 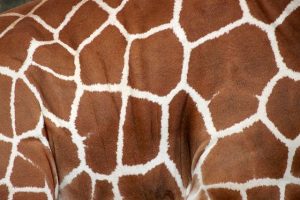 The IUCN lists the reticulated giraffe under their ‘Vulnerable’ category. Humans pose the biggest threat to reticulated giraffe populations as they are routinely hunted for the skin and hair. Conservation efforts are, however, underway to ensure that this species does not need to be classified as endangered.