The prairie falcon is one the larger birds of prey inhabiting western North America. It looks rather similar in appearance to the closely related and distributed peregrine falcon, the difference being spotted in terms of their color, and hunting patterns. 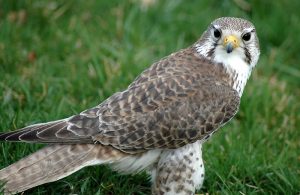 Plumage: The breast and belly are pale with brown marks; topsides are brown; primary wing feathers are dark, the rump and tail are light, the face has a mustache like a mark with a white line above the eyes, wing-pits and under-wing are black, except for the leading edge. Juveniles have similar plumage but with dark streaked breasts and belly, and lighter gray topsides.

They live in Southern Canada, Western USA, and Northern Mexico. 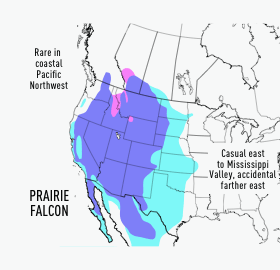 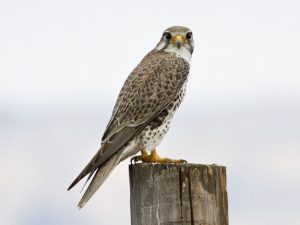 Prairie falcons are monogamous for a breeding season, which lasts from February until July being at its peak during April and May. They breed once a year, after which a nest or rather a scrape is created for the eggs. 2-6 eggs are laid at intervals of 2 days. Incubation lasts for about 30-31 days. 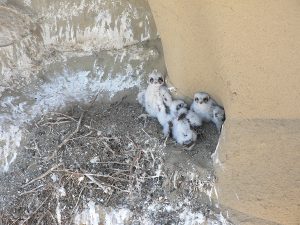 Although the female primarily incubates the egg, the males also lend a helping hand in this regard. The chicks are cared for around 40-41 days, after which they fledge and subsequently become independent after around 65 days of age. 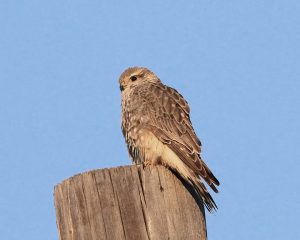 On average they rarely live for more than 3 years in the wild.

Prairie falcons make a sound that can be best described as ‘kree-kree-kree’.

In general, three types of vocalizations have been observed, an ‘eechup’ call accompanies a courtship, cackling calls denote territorial and alarm calls and loud ‘chitterings’ are used during aggressive encounters. 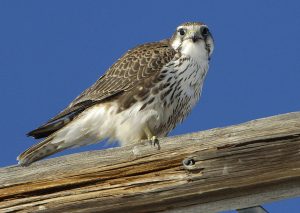 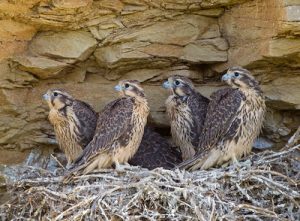 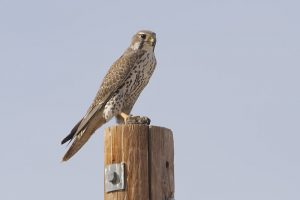 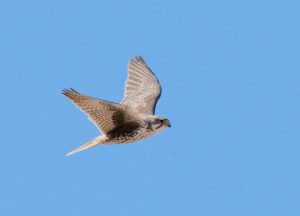 Great horned owls and golden eagles have been known to hunt and kill prairie falcons. 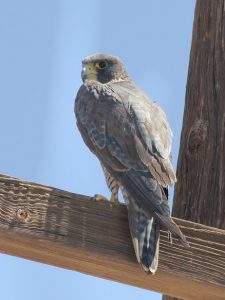 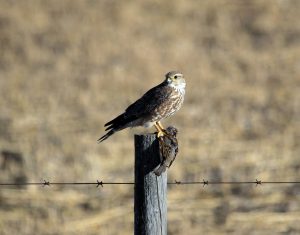