The Mississippi Kite is a fairly small raptor species native to the United States. Known for their elegant looks, especially on the flight, they are often seen gliding in a small group through the air in a particular area. Since about 1950, the populations of this bird of prey has considerably increased in some areas, or even extended to areas where they were entirely absent in the past.

Body: The body is slender and light in general.

Head: The shape of the head is smooth and rounded with a pair of small, bead-like, black eyes, bordered by an orange hue.

Fur/hair/coat: The entire body has a mixture of gray and black that lightens to pale gray to white at the head and the wings. The tips of the wings and the tail are also black. 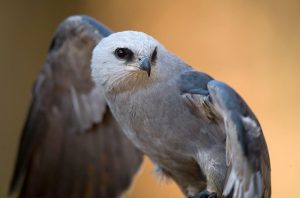 Wings: The wings are long, narrow and pointed, with a wingspan average of about 3 feet (91 cm).

Tail: The tail is considerably long, and the tip is somewhat square-shaped.

Beaks: The bills are strongly hooked, but are small and delicate. The root of the beaks has a large orange mark.

Feet: The feet strong claws and are orange in color.

Sexual Dimorphism: Both the sexes are practically similar, with an average female being slightly larger than an average male.

Their maximum lifespan range in the wild is 11 years.

The most significant numbers of these kites are found in the central states of Texas, Louisiana, and Oklahoma. However, during the breeding season, they migrate to Arizona and the southern Great Plains, south to the Gulf Coast and east to the states of N. and S. Carolina. Currently, no regional subspecies of this bird has been described.

Habitat: Where do Mississippi Kites Live

The terrestrial biomes of the Mississippi kites are savanna or grassland forests of the temperate or tropical regions, southern prairies with tree-lined areas like shelterbelts, urban areas, windbreaks, and parks. 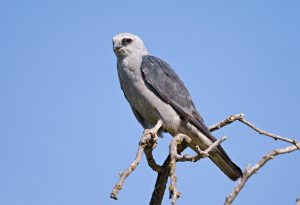 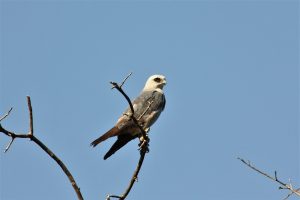 These are highly social birds that always act in groups, including foraging, roosting, and migration. They generally nest in loose colonies. They are mostly seen flying, and while foraging, they attack the prey from the top.

They have a smooth flight pattern; however, they frequently change directions and elevations while flying. Unlike other raptors or birds of prey (like hawks), these kites do not exhibit circling behavior while on the flight, but instead, they move in a straight line and rarely perch to eat.

These birds are able to use their feet to eat, both at a time, by tearing the prey into pieces. This raptor is a migratory species. In around August, before beginning migration, they begin to gain weight and quit their breeding grounds by September.

The Mississippi kites can communicate with each other using two individual whistle calls, with one call being a two-syllabled phee phew, and the other one being a phee-ti-ti.
You can listen to the call of the bird here. 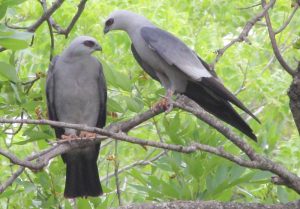 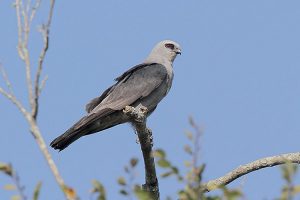 These birds are monogamous in nature and breed only once in a year. A couple arrives at their chosen breeding grounds after forming pairs, or else, immediately after arriving. They do not display any courtship ritual. The birds, however, are caring towards their partners and would protect them from enemies and competitors.

The breeding season of the Mississippi kites is between May and July. After arriving at the breeding spot, it takes around five to seven days for them to be ready to build their nest, or else, renovate an old one. The nest is generally built at the treetop, which is anything between 3 and 30 meters above the ground surface. The nest is usually flat and heavy, and is made of plant materials like sticks, small twigs, etc., and has an inner lining of Spanish moss. 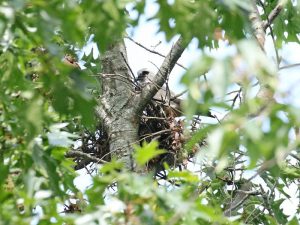 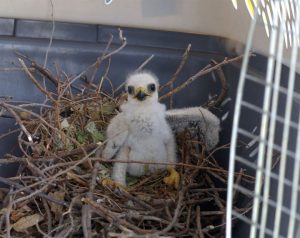 The female Mississippi kite lays 1 to 3 eggs (average 2) at a time and starts incubating them the moment the first egg is laid. Both the parents incubate the eggs inside the nest for 29 to 32 (average 30) days.

The hatchlings are born naked (featherless) and blind, completely dependent on their parents for food. The juveniles are streaky, having a brownish chest and underwings, along with a banded tail. They are brooded almost constantly by both the father and the mother for the first four days, while they bring food and feed them for at least six more weeks.

The young birds begin coming out of the nest for the first time when they are about 25 days old and start to fly by the time they are 30 to 35. The chicks usually become independent within ten days from fledging and begin foraging. The average age of sexual or reproductive maturity of both the male and the female is two years. 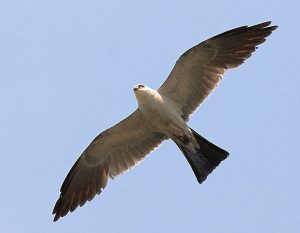 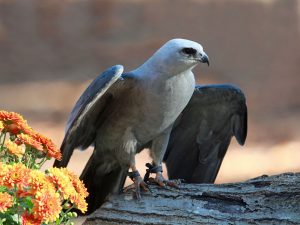 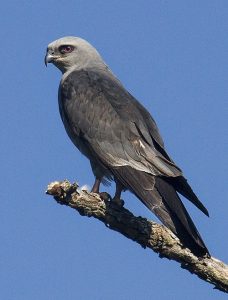 Images of a Mississippi Kite 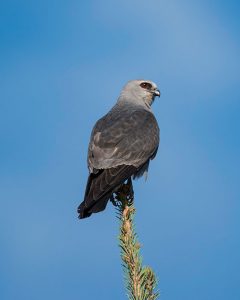 Picture of a Mississippi Kite