The Swallow-tailed Kite, also called the American swallow-tailed kite, is a medium-sized, broad-winged (pernine) species of raptors. They are known for their contrasting gleaming-black and milky-white body and are found in large numbers throughout their habitat, soaring high above in the sky reaching the limits of human vision. They are the largest kite species in the US.

Body Coloration/Plumage: The entire body is a distinct contrast of deep black and white, with the flight feathers, tail, feet, and pair of bills being completely black, and the rest white.

Eyes: Round amber yellow eyes with the eyeballs being black. 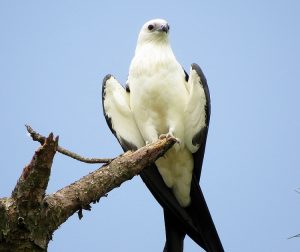 The longevity of the swallow-tailed kite is yet not known by the researchers.

These birds range across the southeastern regions of the United States to the eastern parts of Peru and northern Argentina.

The swallow-tailed kites are found across their range in two distinct subspecies, viz., the E. f. forficatus and the E. f. yetapa.

These birds communicate with each other by means of short, high-pitched whistles, twitters, and cries especially during the mating season, or while out for hunting for food. The swallow-tailed kites also communicate using displays, like physical postures when it comes to mating, courtship, etc. During migration, these birds form large flocks and follow a specific migration route. These raptors have very keen eyesight which they use while they set out to prey soaring high up in the sky.

The swallow-tailed kites are carnivorous birds that feast on small reptiles, amphibians, mammals, large insects including bats, lizards, snakes, lizards, frogs, grasshoppers, crickets, as well as other birds and their eggs. 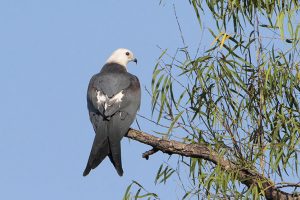 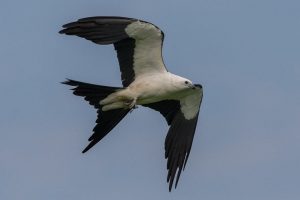 These are monogamous birds that breed once per year, usually around April. They spend the entire breeding season together. However, a bond might break up and form separate pairs in the next season for mating. With the season setting in, squealing sounds, whistles, or loud, shrill calls of these birds are frequently heard.

As the season arrives, a pair intended to form a couple, approach each other on a horizontal tree limb. At this stage, courtship feeding also occurs, where the male offers food to the female. If impressed, the female would come closer to the male or bend forward stretching its wings, as if, allowing it to engage in the act of copulation. 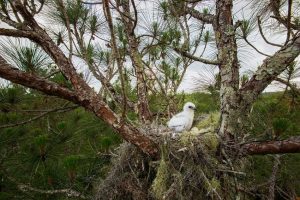 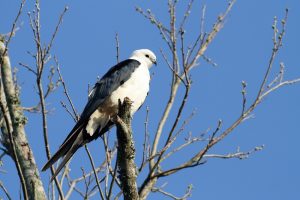 These birds build their nests close to sources of water, on top of tall trees, anywhere between 18 and 40 meters above the ground. After a successful mating session, the female generally lays a pair of eggs in a single clutch, incubating them, taking turns with its male partner for about 4 weeks. As the offspring take birth, their fledgling period lasts for 36 to 42 days.

The young ones are altricial (born naked and blind). As the juveniles gradually learn to come out of the nest and begin to fly, it takes another two weeks for them to become independent.

However, there is not much information about the degree of parental supervision. It is only known that they take their turns between guarding the baby birds and fetching food for the other family members. This process continues for a few weeks until the young ones are grown enough to forage for themselves. 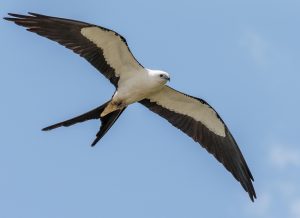 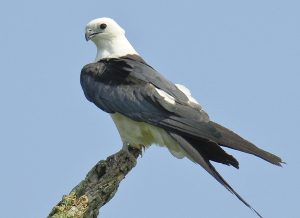 Little is known about the predators of these raptors; however, the young birds have been seen being preyed on by some owl species, especially the great horned owl.

Considering their rate of growth and stable population, the IUCN 3.1 has grouped these birds under their ‘LC’ (Least Concern) list. 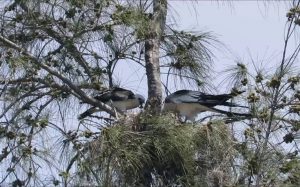 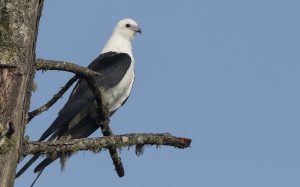