Griffon vultures are old world raptors found throughout Europe and Asia, as well as in parts of North Africa. It is alternatively called the Eurasian griffon. 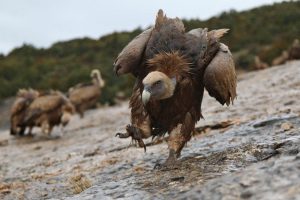 Color: They have a creamy-white head, neck, and ruff. The upper wing and the body is a pale brown, while the tail and remainder of the wing is a striking dark color.

This raptor can be found over most of Europe, North Africa, Middle East, through Afghanistan, Pakistan, India, and into Nepal. The largest population occurs in Spain.

They appear in a variety of habitats including plateaus, mountains, semi-deserts, shrublands, and grasslands. Warmer climates are preferred, but they can withstand rain, mist, cold, and even snow. 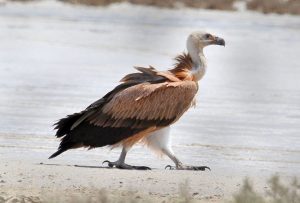 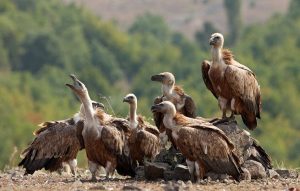 Being a scavenger, griffon vultures feed mainly on carrion. They may also sometimes attack old and weak livestock.

They breed in colonies consisting of up to 150 pairs. They make their nests in cliffs, and elegant courtship flights can be observed around this area. These birds mate for life. The breeding season starts before the end of January. The clutch consists of a single egg, incubated by both parents for around 52-60 days. At the end of this period, a rather weak and featherless hatchling is born, weighing approximately 6 oz (170 g).

The hatchling stays under its parents’ care for around three months. It fledges after 110-130 days. They become capable of breeding after 4-5 years of age. 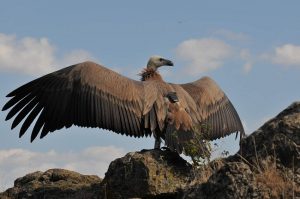 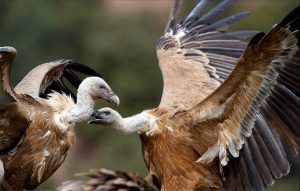 They live for around 25 years in the wild. In captivity, one individual lived for more than 41 years.

These are noisy birds, and communicate using a wide range of vocalizations, for example, hisses and grunts can be heard when they are feeding, while a woody chatter is emitted when another bird gets to close. 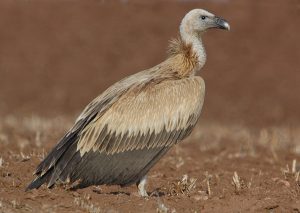 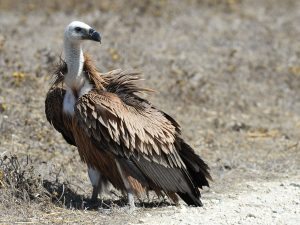 These large birds do not have any natural predators.

The IUCN lists the griffon vulture under their ‘Least Concern’ category. 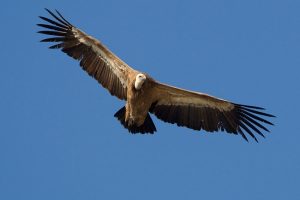 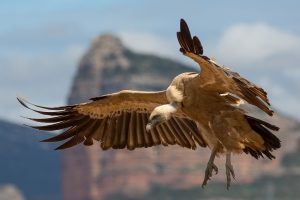