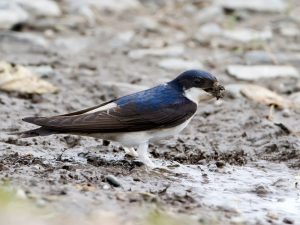 Color: The wing coverts and belly are white, as is the rump, and the dorsal side is a steel-blue. The legs have white feathering while parts of the leg without feathers are pink. They have brown eyes and a black bill.

The three subspecies of the common house martin are: 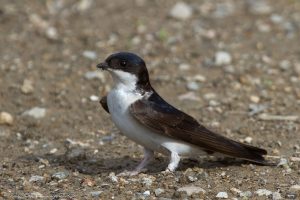 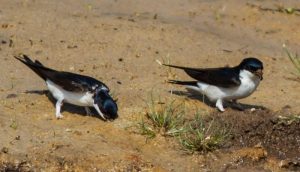 Common house martins are insectivores. They catch insects like flies, aphids in mid-flight in their breeding areas, while in the wintering range they are more prone to eat flying ants.

The breeding season for the common house martin varies according to the range. They can produce two broods of offspring per year. They congregate in large colonies consisting of pairs in the hundreds. Clutch size consists of 4-5 eggs, which are incubated mostly by the female for about 14-16 days.

The chicks are born in an under-developed state, and remain in the nest under the parents’ care for 22-32 days, after which they leave the nest. They stay a further week with their parents even after they fledge. 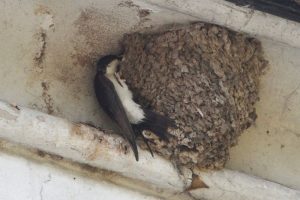 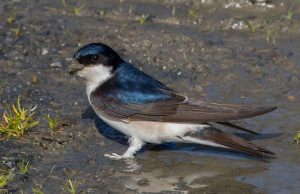 Most common house martins do not live to be more than 5 years old, but rare individuals have been known to live 10 and 14 years.

The common calls include a ‘prrrrt’ and a longer ‘pri-pit’, reminiscent of two pebbles being rubbed together. The use a ‘tsitsitsitier’ as an alarm call. Their song is a flute-like, soft tone with dry rattles interspersed.

Because of the above-mentioned agility in the air, there are few predators of the common house martin, but the Eurasian hobby has been known to prey on this bird successfully.

The IUCN lists the common house martin under their ‘Least Concern’ category. 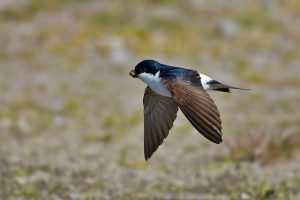 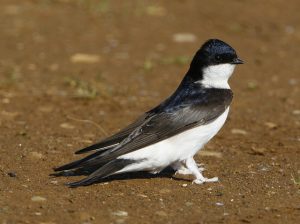