The chinstrap penguin, also known as ringed penguin, bearded penguin amongst others, is one of the most easily recognizable of penguins. It is distributed between the populations of the Adelie penguin and gentoo penguin. The chinstrap’s short legs give it a distinct and amusing waddle when it moves on land. 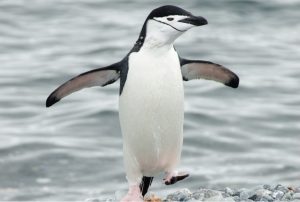 Size: Chinstrap penguins reach a height of around 28 in (72 cm).

Color: White front body, throat and face, a black back, head and bill, there is a narrow black band which runs from behind the eyes and meets at the chin, thus earning the bird its name. The legs and feet are pink.

Sexual Dimorphism: Male chinstraps are heavier and larger than females.

They live on rocky islands in the Antarctic Ocean. 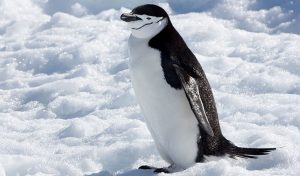 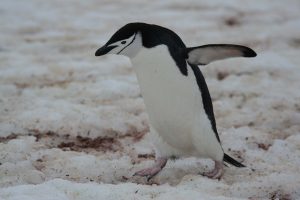 Once they have congregated into their colonies, they form breeding pairs. The bond between such pairs is rather affectionate.  The female lays two eggs in late November and early December, which are then incubated by both parents in the circular nests they build out of stone. The incubation period lasts for about 35 days. 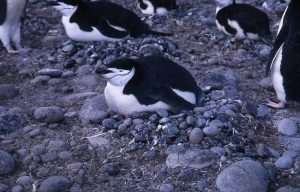 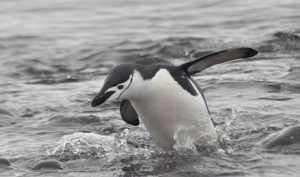 Unlike some penguins, chinstraps raise both their offspring equally. The chicks remain in the nests for around a month before going off to a crèche. They obtain their adult plumage after their first molt, which occurs when they are about 50-60 days old.

They reach sexual maturity between 3 and 7 years of age. 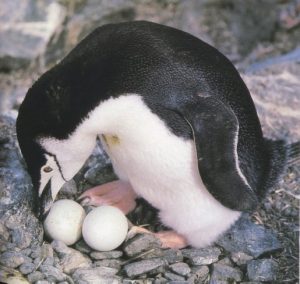 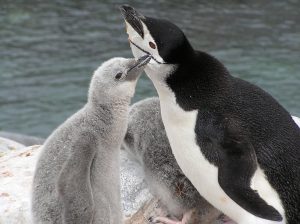 Some of the most common methods of communication used by chinstraps are flipper and head waving, bowing, gesturing, calling, and preening. Colonies synchronize their breeding cycles by partaking in a loud screeching ritual. The shrillness of their high-pitched calls earns them a nickname, stone-cracker penguin. 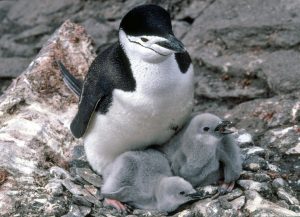 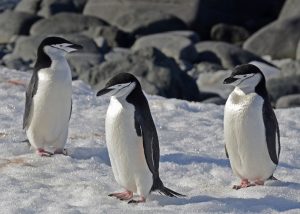 Their primary predator is the leopard seal. Brown skuas and sheathbills sometimes prey on the eggs and chicks.

Their large and widely distributed population ensures their safety for the foreseeable future. There is an estimated worldwide population of at least 8 million chinstrap penguins. Thus they are listed under the ‘Least Concern’ category by the IUCN. 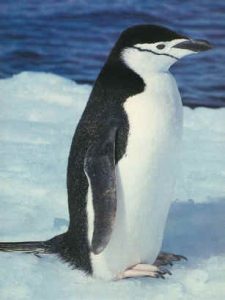 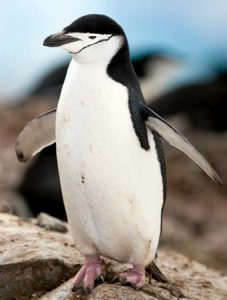