The African wild ass is a critically endangered species of donkey found around the Horn of Africa. Its former range included Egypt, Sudan, and Libya, but persecution for meat and hide have reduced their population to a mere few hundreds. 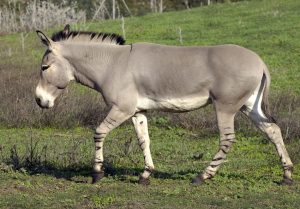 Color: They have a fawn to light grey smooth and short coat, which fades to white around the undersides. There is a rigid, upright and black-tipped mane on the nape of the neck. Their large ears are bordered with black. There are horizontal black stripes on the legs of some subspecies.

One can find an African wild ass in the countries of Eritrea, Ethiopia, and Somalia.

They prefer to inhabit a desert or semi-desert habitats. 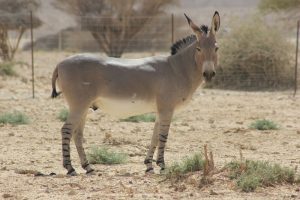 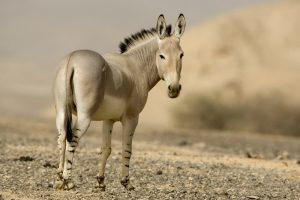 They are primarily grazers and live on herbs and grasses.

They do not have a fixed breeding season and can mate at any time of the year, but prefer the rainy season. The gestation period lasts for around 12 months after which one offspring is born. 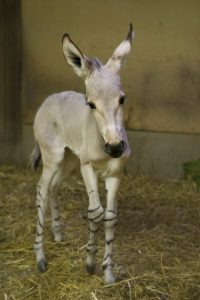 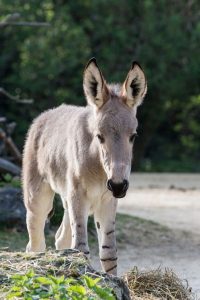 The young weigh around 19-30 lb (8.6-13.6 kg) at birth. They are fairly well-developed and can stand on their own and nurse just 30 minutes after birth. They are weaned after 5 months.

Both genders reach sexual maturity after 2 years, but males may take up to 3-4 years to gain the right to mate.

They live in the wild for around 30 years, but in captivity, they may survive for up to 50 years.

The sounds that they make to communicate with each other are called brays. Other than this they also use smells, tactile methods, and visual cues to communicate.

Most adult African wild asses are on a constant lookout for trouble. Predation mainly occurs on the young and old. Common predators are wolves and lions.

The IUCN lists the African wild ass under their ‘Critically Endangered’ category. 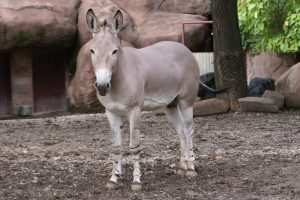 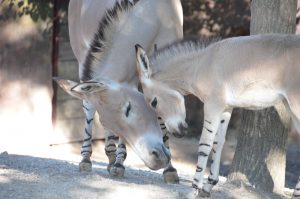