Color: Barbary sheep are sandy brown in color and have a darker line along the back. Upper parts and outer parts of the legs are uniformly reddish brown or grayish brown in color.

Horns: Both the sexes have heavy horns. Presence of those semi-circular horns that curve outward make these species look inimitable. The length of the horns grows up to 33 inches. Both fringe and horn are more prominent in the male. Their horns are made of keratin and these horns are permanent. 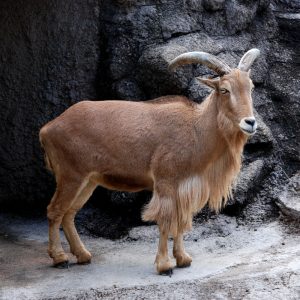 The four subspecies of Barbary sheep are-

These sheep are found in the North African region. They are largely seen in Algeria, Tunisia, Egypt, Libya, Morocco, and Niger and so on. This species is also found in Spain. According to a recent survey, their population is expanding. Since the time of their introduction in Canara Islands, they have spread throughout the northern as well as the central parts of the island.

Barbary sheep prefer arid mountainous areas where they can graze and browse grass, bushes and lichens. They obtain all their moisture from the grass and woody plants.

They are mainly herbivorous and their diet includes 79 species of plant. Of these 13 are grass, 20 are shrubs, and the remainder forbs. They also diet on shrubs, flowers and leaves. This species prefer having leafy items which are rich in water content.

They do have some great adaptive features.

These are some of its behavior patterns: 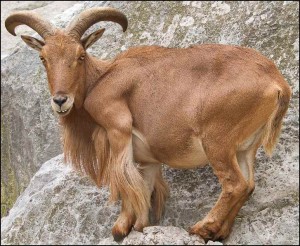 The lambing season for this species starts in September and continues till November. But breeding can occur throughout the year.

The female gives birth to two-three cubs weighing near about 1.5-3 kg. Female Barbary remains together with the cubs in solitude for two or three days and after that the female joins back the herd. Cubs have mother’s milk for three-four months and it they reach sexual maturity after 1 year.

They usually have a life span of 20 years.

Barbary sheep’s are endangered and are listed as vulnerable in the IUCN Red List of threatened species. Barbary sheep populations are quite healthy in some large protected national parks of southern Algeria. But in some parts, their populations are declining because of some habitat destruction.

There are actually more to know about this species. Let us have a quick glance at some of the interesting and unknown Barbary sheep facts :

Here are a few Barbary sheep pictures for you to find out about their appearance. 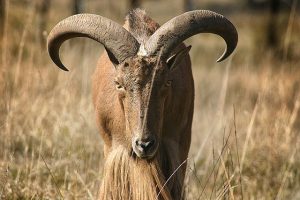 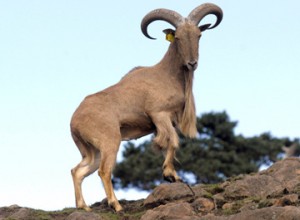