The zebra spider, also known as the zebra back spider, is a species of jumping arachnid found across the Northern Hemisphere. It gets its name from the black and white stripes on its body. Although it is a poisonous insect, its venom does not have enough strength even if it bites a human.

Color: They have a black body with shiny stripes of white hairs. 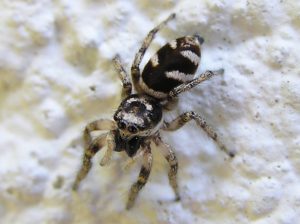 These jumping spiders are common throughout Europe, North America, Britain and, northern Asia.

Zebra spiders live near human populations. They are commonly seen on fences, walls, and window sills. They also inhabit meadows, gardens, and forests.

They feed on insects and have been seen hunting on mosquitoes and flies much larger than them. They locate their prey with their front eyes, and then meticulously stalk them, before moving in close enough to pounce. 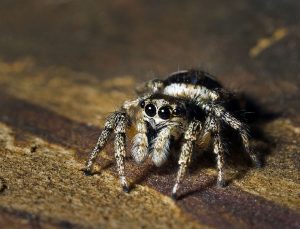 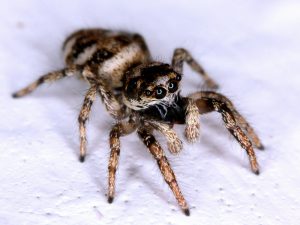 The mating season for zebra spiders is in spring and early summer, and they breed once a year. Before mating, males perform a courtship dance that involves waving its front appendages (exclusive to males) called pedipalps and moving its abdominal region up and down. If the female likes the dance, mating occurs, which involves the male transferring sperm into the female organ known as epigyne.

Females guard the hatchlings, and after the latter go through their second molt, they become independent of their mothers and live by themselves. Male zebra spiders reach sexual maturity before the females.

Information regarding the lifespan of these spiders in their natural environment is limited. However, they live for around 2 to 3 years in captivity, with females outliving males. 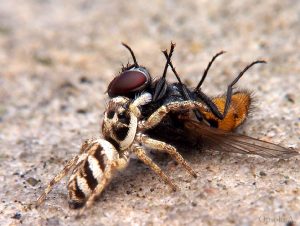 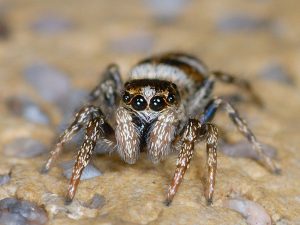 Zebra spiders communicate through visual, olfactory, chemical stimuli. They also use vibrations to perceive their environment.

Mantises and spider wasps are known to prey on zebra spiders.

The IUCN is yet to assess the zebra spider. 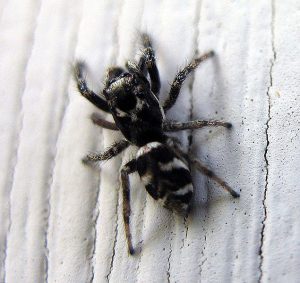 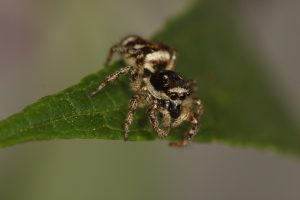