The Chilean recluse spider, a member of the recluse spider family, is a venomous spider native to South America but has also spread to other parts of the world. 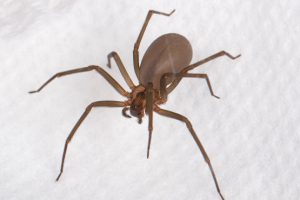 Color: They are primarily brown with markings on the upper (dorsal) side of the thorax, from which a black line emerges making it look like a violin, with the neck towards the rear of the insect.

They are native to Chile, Peru, Argentina, Ecuador, Uruguay, and the south and east of Brazil. The spider has also made its way up to Los Angeles, Florida, Massachusetts, and Vancouver. They have also been introduced in Helsinki, Finland, thought to have arrived in fruit shipments. They can be found in Australia as well.

They live mainly in forests, specifically in debris and rocks. They can also be found near human agglomerations. 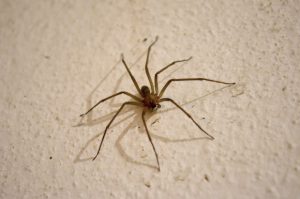 Their diet consists of insects.

Before mating, males must woo the females to be allowed to mate. They do this in a couple of ways, for starters the male performs a dance to gain the female’s affection, but if that doesn’t work, the suitor may bring some food for the female, if the latter is not impressed the former will move on to a different female, but if she does get impressed, she’ll mate with the male, eventually laying up to 40-50 eggs contained within an egg sac usually between May and July. Spiderlings emerge within a month.

The survivability of the young spiders depends on food availability and weather conditions in which they are born. They usually molt for up to 8 times within a year before reach maturity. 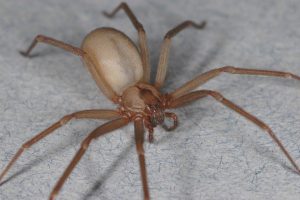 They can be preyed on by cats, birds, wasps, and other spider species.

Chilean recluse spiders are true to their name, and usually, do not bite unless frightened or startled. Sometimes when they are in a piece of clothing which is being worn by a human, they may get pressed against the skin which might prompt them to bite. Their venom contains an agent called sphingomyelinase D which is a dermonecrotic. Depending on the amount of venom injected during a bite, diseases can vary from minor skin irritation to severe necrosis of the skin. Their bite usually does not cause immediate pain or symptoms and takes a few hours exhibit signs of a blister. Ice packs should be applied on the damaged area to control the severity of the venom, which is more potent at higher temperatures, and aloe vera can be used to lessen the pain. 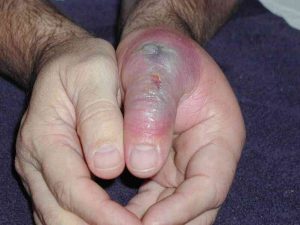 The IUCN has not yet evaluated the Chilean recluse spider.