Salmon sharks are mackerels found across the northern Pacific Ocean. They are the apex predator of their habitat, one they share with other sharks like the great white shark and blue shark.

Color: They have a medium gray to black color on most of their body, while there are dark blotches on the ventral side.

Salmon sharks are found in the waters of the northern Pacific Ocean. 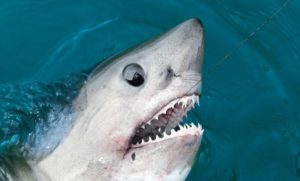 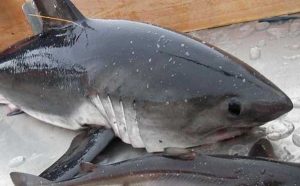 Copulation takes place when the male bites a female’s pectoral fin to hold on to them and inserts one of its modified pelvic fins, known as claspers into the female’s cloaca. The gestation period lasts for about 9 months after which a litter of 2-6 pups is born. During gestation, the embryos feed on the mother’s ova.

Male salmon sharks become capable of reproducing by the time they are 5 years old, but females may take as long as 8 to 10 years to become sexually mature. 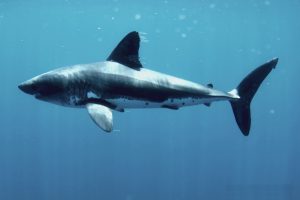 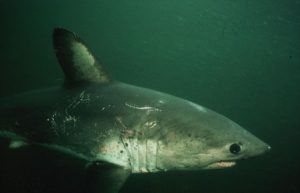 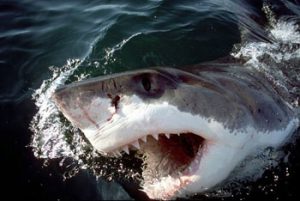 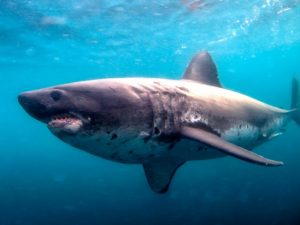 The IUCN currently lists the salmon shark under their ‘Least Concern’ category.