The Ringneck Pheasant, also called the common pheasant, is a bird from the Phasianidae (pheasant) family that is known for its dramatic coloration and also famous as a gamebird. Native to the Asian countries, these birds were introduced to many other nations, including the US, and are popular as a table bird as well.

Fur/Feather/Coat: The males have brightly colored feathers in the shades of golden, brown, green, purple, red and white feathers in different parts of the body, including tail, wings, neck, face and the head crown.

Eyes: Eyes are large and round with a white border around them.

Bills/Beaks: The pair of thick bills has a flat base to ensure a secure grip of the prey/foods. 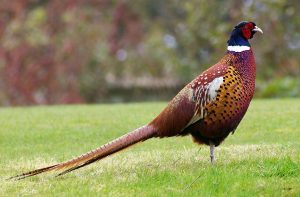 Sexual Dimorphism: These birds display striking differences between the sexes, and can easily be differentiated. While the males are vibrantly colorful, larger by size, and flaunt the characteristic ‘ring’ around the neck, the females are dull to gray or light brown, with a smaller tail and are much smaller by size.

The average lifespan of the pheasant in the wild is 3 years, whereas anything between 11 and 18 in captivity.

The native range of this bird begins from the Caspian Sea to the east across central Asia to China, as well as Japan, Korea, and Myanmar. It was introduced in the other parts of its modern range, which includes Europe, New Zealand, Australia, Hawaii, and North America.

Habitat: Where do Ringneck Pheasants Live

These pheasants are birds that mostly prefer agricultural areas that have been naturally intermixed with areas of taller vegetation that they choose to use for cover. They are found in rural roadsides, hedgerows, brushy areas, and overgrown or recently harvested fields. 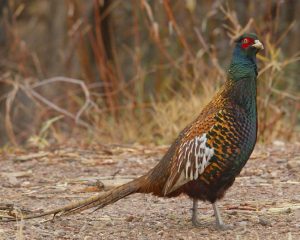 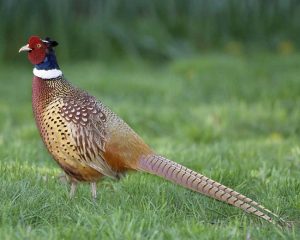 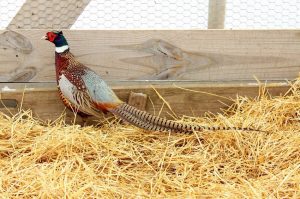 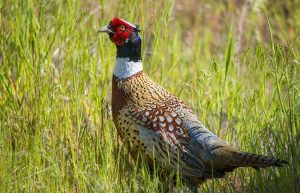 These are social birds that tend to live in flocks, or close to each other in small groups. During the winter months, the males make small groups and females, larger, while feeding at the ground level. While foraging, they use their feet to uncover food by scratching the ground and digging things up with the help of their bills.

Though they are non-migratory birds, temporary migration has been noticed in the northern populations, when the months of extreme winter compel these birds to shift temporarily to places with moderate conditions.

While the birds run, they raise their tail high at an angle of 45 degrees. When threatened, the birds take to flight. They are strong fliers and can flush almost vertically while taking off, with the males of the species having the habit of emitting a croaking call during that time.

Diet: What Do Ringneck Pheasants Eat

These are omnivorous birds that live on insects, as also, terrestrial non-insect arthropods, as well as, seeds, grains, fruits, and nuts all that are available in their respective habitats, depending upon the subspecies’ range. 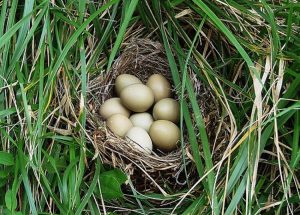 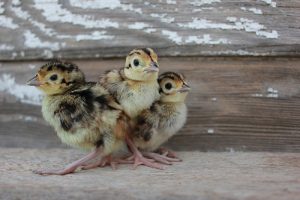 These pheasants are polygamous, with a single cock (rooster) forming a harem of multiple hens. During the mating and nesting season, the males defend their territories by means of a raised perch and simultaneously giving crowing calls, briefly drumming with wings.

During courtship, the colorful and vibrant cocks move in a semi-circular pattern around the targeted hen, while tilting its tail and back feathers toward her and swelling the face wattles.

The females build the nest on the ground amidst thick covers of shrubs and bushes. Basically, it is a shallow depression lined with leaves, weeds, and grass. 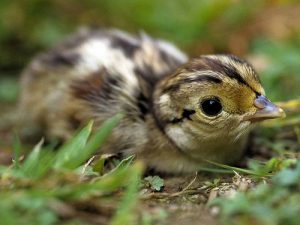 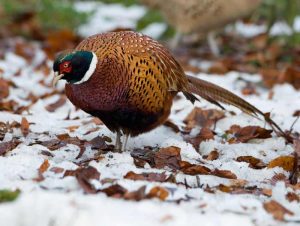 After a successful mating, the hens generally lay 10-12, or, at times even 15 or more, eggs. The eggs have an olive-buff, or sometimes even pale blue coloration.

The hens incubate the eggs for about 23-28 days. The newly born chicks are covered with soft down and are ready to leave the nest with the mother after a very short while, post-hatching, and are almost up to feed themselves. The fathers seldom accompany the brood and the mother.

Within around 10-12 days, the juveniles are ready to fly, though they stay close to their mother for 10 to 12 more weeks, by the time they are almost young adults. 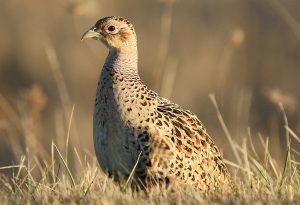 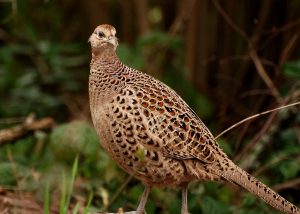 The list of predators of these birds is long throughout their range. However, the primary enemies of these pheasants include foxes, feral cats, coyotes, badgers, weasels, raccoons, skunks, minks, snapping turtles, goshawks, harriers, falcons, hawks, and owls, depending upon their habitats.

The IUCN 3.1 has described this species as Least Concerned (‘LC’). 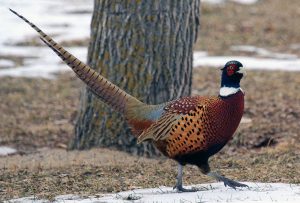 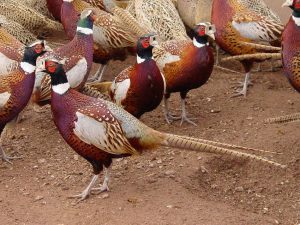