Prairie Rattlesnake is a venomous species of Pitviper snakes found in certain regions of US, Canada and Mexico. Their name comes from the rattle that is situated at the end of their tails. They have many common names including Western Rattlesnake, Western Prairie rattlesnake, Black Rattler and Missouri rattlesnake. This species is counted among the most poisonous snakes in the world.

This is a beautiful species of snake. Here is a general description of this species. 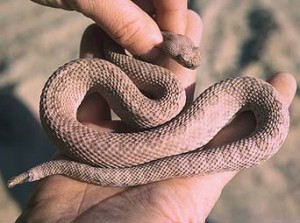 These snakes are mainly found in the western regions of United States, northern areas of Mexico and southeastern Canada. The main area of distribution includes Colorado, North and South Dakota, Montana and Idaho.

They live in areas where they can easily find food. They are mainly found in dry rocky lands with moderate vegetation. They are also found near ponds and wetlands. Sometimes, they occupy the burrows of other small animals like rats and ground squirrels. They may wander in an area with a range of 5 to 7 miles from their burrows during summer.

The behavior patterns of these reptiles are similar to other Rattlesnakes.

This species is counted among the most dangerous predatory snakes in the world. They generally feed on small mammals like mice, ground squirrels, prairie dogs and rabbits. The Prairie Rattlesnakes, especially the juveniles, may prey on amphibians and smaller reptiles.

Animals and birds like skunks, coyotes, ravens, hawks and eagles prey on these snakes.

Their adaptations make them a very powerful species in their environment. The rattle helps them to warn off enemies like large animals and humans. The patterned coloration helps them to stay camouflaged in light vegetation and deserts.

These creatures are viviparous giving birth to 1 to 25 young snakes at the time of reproduction. The female snakes give birth in communal burrows between August and October. The number of surviving young snakes may vary from 4 to 12 depending on the environment and availability of food. They usually take around three years to become adults. The female Prairie Rattlesnakes may not reproduce each year.

The average lifespan of these Rattlesnakes is 16 to 20 years. 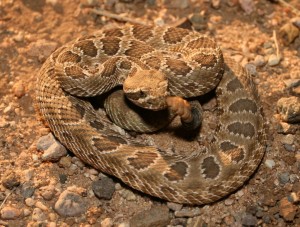 These are one of the most poisonous snake species found in western US, Mexico and Canada. Most wild animals try to avoid these snakes because they have the ability of striking with a large quantity of lethal poison in a single bite. Their venom is deadly enough to kill a human. Therefore, humans handle them with special precautions.

These reptiles become inactive with low metabolic rate and body temperature during the coldest winter months. They hibernate in their dens.

The skin of these creatures does not develop along with their growth. Due to this reason they shed their skin as they grow in size. Prairie rattlesnakes molt 1 to 4 times in a single summer. They rub their nose on ground in order to push the old skin over their heads. Once the skin becomes loose, they crawl out of it.

Recently caught snakes of this species are quite hostile, however, they usually calm down in a few weeks time. Having knowledge about taking care of poisonous snakes is important in order to keep these Rattlesnakes in captivity.

Following are some interesting facts about these creatures.

The members of this species are listed in the “Least Concern” category by the IUNC. It means there are no immediate threats to the existence of these reptiles.

The Prairie Rattlesnakes are an amazing species of snakes. The fact that they are fatally poisonous has not stood in the way of people having great interest in them.

Here are some photos of these gorgeous snakes. 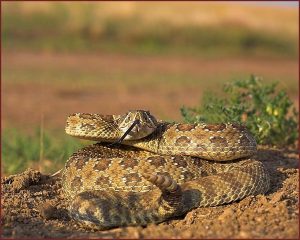 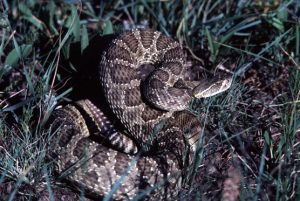