The Indian wolf is a grey wolf subspecies found in west and South Asia. It was initially given species status as Canis pallipes but was assigned as a subspecies of the grey wolf by Reginald Pocock in 1941.

Color: The pelage is reddish-white to grayish-red with grey hues in general. The back has grizzly black hair lending it a dark V-patch near the shoulders. The belly is almost entirely white. Black individuals are rare but have been recorded. 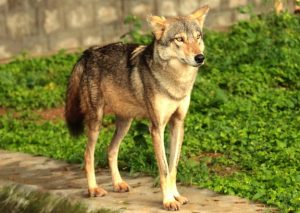 These wolves can be found in India, Pakistan, Afghanistan, Nepal, Bhutan, Turkey, Iran, Syria, and Israel.

They feed on hares, rodents, and antelopes. When hunting larger animals like antelopes, they hunt in pairs, where one acts as a decoy while the other jumps in from behind. 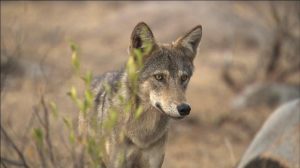 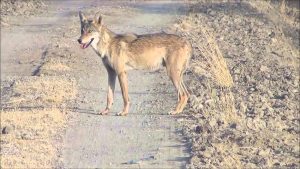 The Indian wolf, similar to other grey wolves, is monogamous. Females come into heat in around late winter. The gestation period lasts for around 62-75 days. Litters contain an average of 5-6 pups.

The pups are blind and deaf at birth. They gain eyesight after 9-12 days of birth. They become sexually mature after around 2 years.

They live for around 5 to 6 years on average in the wild but may live to be 13 under favorable conditions. 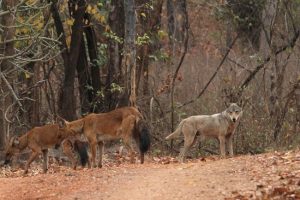 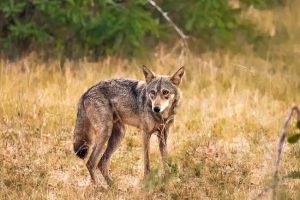 These are some of the quietest among the grey wolf subspecies.

Despite sharing their space with sloth bears, golden jackals, leopards, and tigers, Indian wolves are rarely preyed on in the wild.

They are considered ‘Least Concern’ by the IUCN. 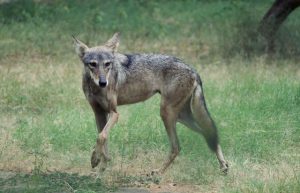 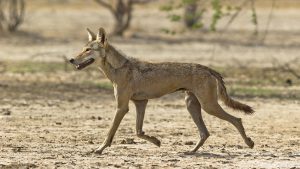