The eastern wolf, also known as the eastern timber wolf, eastern Canadian wolf, eastern grey wolf, Algonquin wolf and deer wolf, is a medium-sized canine found in Canada. Their population is at risk because of the limited number of individuals left in the wild and the proximity in which they live. 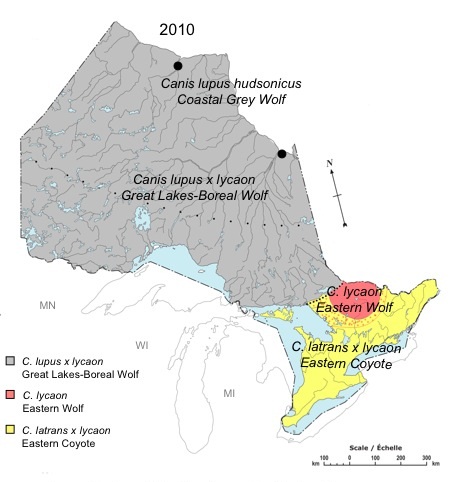 Color: Highly variable pelage, ranging from a tawny to a reddish-brown color.

Eastern wolves can be found in Southwestern Quebec and Central Ontario around the Great Lakes.

They live in mixed deciduous and coniferous forests. 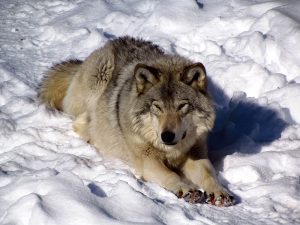 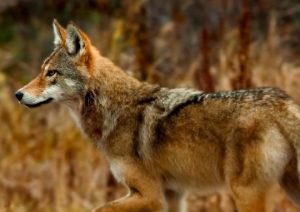 Eastern wolf packs consist of a breeding pair and their offspring. Breeding season falls between mid to late February during which the dominant pair mates. The female gives birth to 5 cubs on average around April-May. 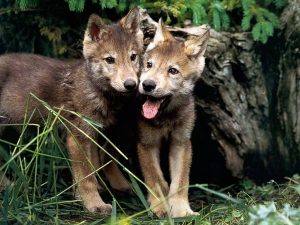 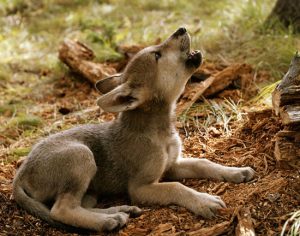 The earliest a juvenile has been seen leaving its birth pack is 15 weeks, but they can stay on for up to 37 weeks.  They are looked after by their parents and older siblings until such time. They usually reach sexual maturity at 22 months of age.

They live for around 3-4 years in the wild, but some have lived for up to 15 years.

Eastern wolves communicate with each other with the help of howls, barks, visual, tactile means.

Eastern wolves have no documented predators.

Committee on the Status of Endangered Wildlife in Canada (COSEWIC) has placed the eastern wolf under its ‘Special Concern’ category.

Their population is believed to be around 236 (minimum) mature wolves. The primary threats they face are their geographic proximity to coyotes (which leads to hybridization) and habitat loss. 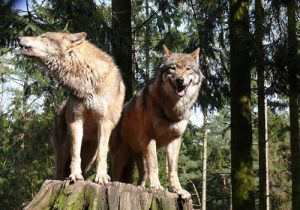 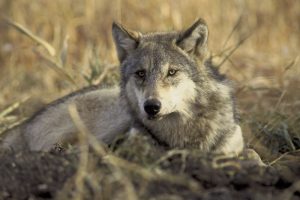