The Eastern Screech Owl is one of the smallest of the all owl species in North America. This is the very species of owl from which the entire ‘Screech Owls’ got their name. The range of the Eastern owls overlap slightly with their Western counterparts, and their mysterious, eerie trill would catch anyone’s attention especially in the dark of the night. These robin-sized night-birds are mostly nocturnal hunters, though they are often crepuscular and at times, diurnal.

The anatomy of this bird shows a very distinct adaptation. They spend the daytime perching and roosting in holes or in different dense covers, and they become active after dusk. It is illegal to keep an owl as a pet in many countries including America, and the Eastern screech owl is no exception. 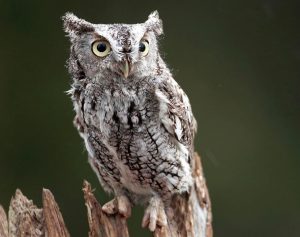 Fur/hair/coat: These owls are dichromatic by characteristics, i.e., they are found in two distinct colors – gray or reddish. The streaks on their feathers are relatively darker than the rest of their body. Bold streaks are present on their breast feathers. Large “ear” tufts (feathers) are also found on both sides of their heads that resemble erect ears.

Feet: Their feet are relatively larger than other owls and have feathered toes.

Eyes: Their eyes are large and round and are yellowish in color. They have dark brown to black eyeballs.

Beaks/Bills: Their beaks are yellowish to greenish yellow in color.

Sexual Dimorphism: Common in owls the females are generally larger and paler than the males. 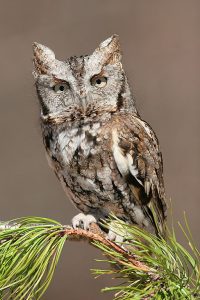 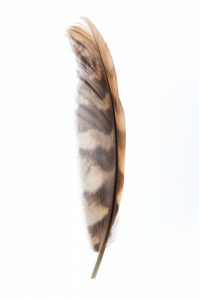 While the oldest recorded Eastern screech owls have lived for about 14 years and 2 months in the wild, in captivity, their life expectancy is much higher. Records show that they have lived for almost 20 years.

These birds have a wide home range, and are found almost everywhere in the eastern regions of North America. They are also spread across the Rocky Mountains in the West to the coast of the Atlantic, and from Florida and southern Texas in the south to as far as the northern regions reaching the south of Canada. They are also found in northeastern Mexico.

These owls have the broadest ecological location of any other North American owls. They would frequently nest in natural tree cavities or even old wood­pecker holes or those made by other animals, where many human residents might be unaware that they have an owl for a neighbor. They are also open to using properly-sized, manmade nest boxes readily. In fact, they are practically found in all kinds of habitats below 1500 meters elevation. Normally they are found naturally in the wooded regions and boreal forests; however, they are comfortable juxtaposing their living with humans as well, including the urban and the suburban areas. 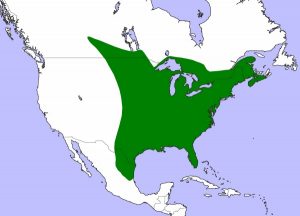 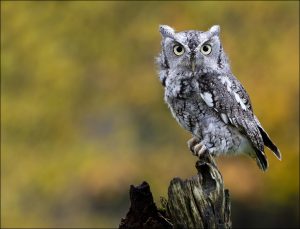 These owls have two color variations. The rusty or copper colored variety is called the “red or rufous morph” and the dusky or gray variety is the “gray morph”. Depending upon the range and habitat, and some variations in color and calls, the Eastern screeches have been classified into five distinct subspecies: 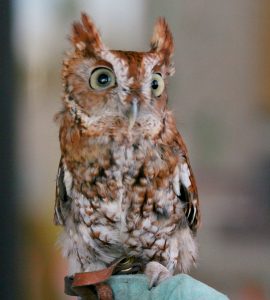 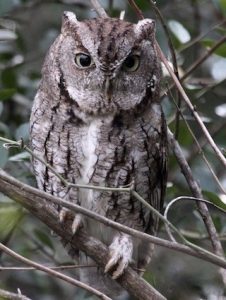 These birds are non-migratory and it is common for the owl pairs to live in the same nest both during the winter and the summer. Other than during the mating seasons, these owls usually love to live a solitary life.

During winter time, the males and females pair together to make a winter nest. While the males are territorial and are found defending their territories in which they usually take care of several nesting sites, the female birds would often re-use a successful nest site in consecutive years, while guarded by the males.

These screech owls mostly rely on flying during prey, however, they would also walk or hop on the ground while out for chasing their prey. These creatures would use a variety of hoots and calls while communicating with each other.

The eastern screeches hunt in a sit-and-wait fashion. These birds can easily locate prey by sight as also by sound. They are mostly opportunistic predators and are skilled hunters, hunting mostly by keeping an eye from a perch. The moment it comes across its prey, it would swoop down quickly to catch it from the foliage or from ground.

Eastern Screech Owls live in a variety of foods; in fact their diet is the most varied of any North American owl. These owls would feast upon almost anything that flies, swims, wriggles, or runs. Their list is long, and includes earthworms, crayfish, insects, birds, mice and other rodents, shrews, and sometimes even bats. They also cherish lizards, frogs, spiders and some small birds. 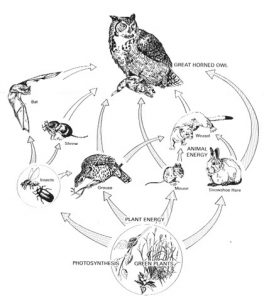 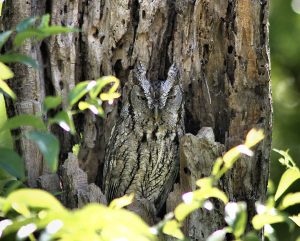 Eastern Screech-Owls would form pairs, usually one male with one female, and occasionally one male with two females. The males and the females pair a permanent bond that occurs during winter, after which they build their house.

The breeding season is between late January and mid-March. During courtship, the male would advertise its presence while bowing, raising wings, clicking bill.

They would also advertise a potential nest site and bring food to the female. Soon after they mated, they would call in duet and preen each other’s feathers.

The Eastern Screech-Owl does not build a nest separately. The female would lay her eggs on whatever debris is lying at the bottom of the cavity- twigs and dry leaves, wood chips, or the droppings and the cast-off feathers from a previous nest. 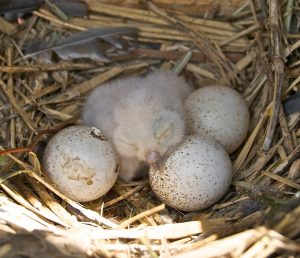 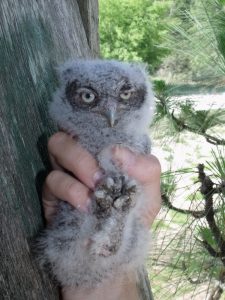 They usually lay 3-4 eggs, and up to 7 at times. They lay eggs asynchronously, one each day, with the incubation period being around 26 days. The female would brood the eggs, after which they would hatch around 4 weeks later.

The juveniles would leave their nest or “fledge” after eight to ten weeks from the time they hatch. As the owlets are unable to fly at this point, and hop from branch to branch, this stage is often called ‘branching’.

Both the parents feed the hatchlings. But during the time when the female is engaged with the nestlings, both the mother and the chicks are fed by the father. However, it’s the female that tears the prey into small bite pieces for the babies.

As the hatchlings grow up to young birds, they will leave the nest in about 25 -27 days. Though, the parents care of or look after the young ones for 5-6 weeks more. Screech-owls take almost a year to grow up to an adult, after which they are able to reproduce. 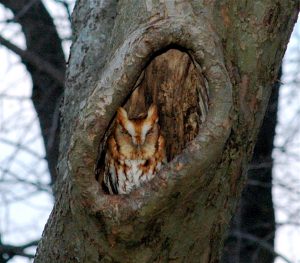 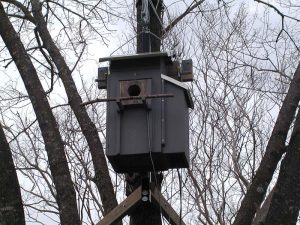 Not only do Eastern Screech Owls screech, they also give trills that are very common to these birds. They would also bark, hoot, scream, rasp, chuckle, and whinny.

Both males and females emit the “trill” song, which may be used for advertising nest sites, or even during arriving at their nest with food, or during courtship. The female birds would also trill while asking the babies in its nest to come out and try flying. 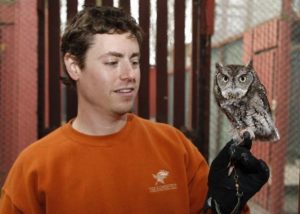 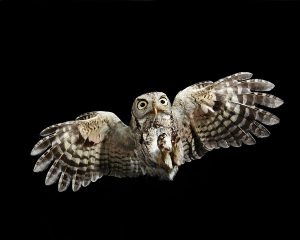 These owls often get infected by many types of parasites. Plasmodium gundersi, Plasmodium forresteri, and Plasmodium elongatum pose a threat to these screech-owls.

The Eastern screech owls are not endangered. The population of these owls is high and tough to estimate. The IUCN 3.1 has categorized these owls under the LC (‘Least Concerned’) species list.

For nesting, these owls can use wood duck boxes, purple martin houses, mailboxes, porch columns, etc. Before the construction of a birdhouse for these owls, the following might be considered:

Dimensions: The floor of the box should be at least 8 x 8” and 12-15”in depth. An entry hole with a diameter of 2.75” should be made. Also, one or two holes meant for ventilation each around ¼“ diameter can be made.

Placement: The direction of the face of the nest box does not matter. However, the box should be placed high above in the bushy shades of trees where the birds would feel safe to brood.

One response to “Eastern Screech Owl”