The Western Screech Owl is a small North American owl, very similar in appearance to the Eastern Screech Owl. Densely spread throughout their habitat, many myths and legends have developed around them since their hoots from the dark often give an eerie feeling in the minds of the listeners. 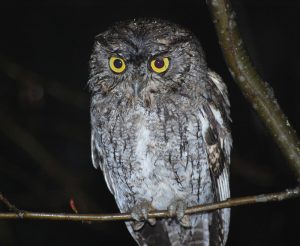 Head: Large and roundish head with ear tufts, protruding out above the eyes.

Eyes: Round, large eyes with a black eyeball bordered by yellow.

Sexual Dimorphism: Females are larger than the males.

Western Screech Owls live for 1-8 years (longest recorded being 13 years in the wild and 19 years in captivity). 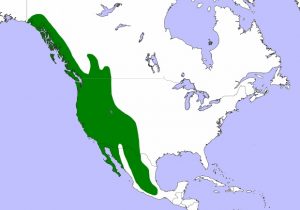 Distribution & Habitat: Where do they live

They are found in the tropical, subtropical and temperate mountainous forests, countryside fields, gardens and parks, deserts, and shrublands of the USA, Canada, Mexico, El Salvador, Honduras, Nicaragua, Guatemala, and Costa Rica.

Nine subspecies of the Western Screech Owl have been identified:

Differences: The Western vs. the Eastern Screech Owls

Both the Owls were considered to be the same species until the 1980s because of similarity in their physical characteristics. However, they differ from each other by their voices. Unlike the easterners, the westerners wouldn’t emit screeches, but low-pitched whistles that speed up towards the end (called ‘bouncy double trill’). 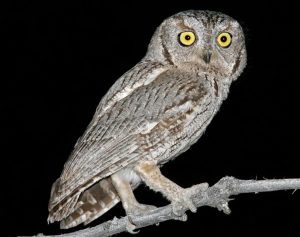 Sounds and Calls: How Do they Communicate

Western screech owls rarely emit screeching sounds. The males emit soft trills (“hoo-hoo”) especially during mating and nesting seasons, indicating territorialism, and a ‘secondary’ call with rapid bursts. They also give out a prolonged “cr-r-oo-oo-oo-oo” while greeting, or sharp barks when excited.
[Recordings: Listen to the calls’ audio clips here.]

The WSO is active at dusk, night, or near dawn, and are almost blind in the sunlight, with their activities beginning 20-30 minutes after sundown. However, the subspecies in the west of Washington are sometimes active on cloudy days. Mostly found on treetops, they also forage on the ground. These birds do not migrate.

Being opportunistic predators, they perch on tree branches, waiting patiently for an unsuspecting prey, and once found, swooping down upon it. They eat small prey on the spot, carrying away larger ones for later. 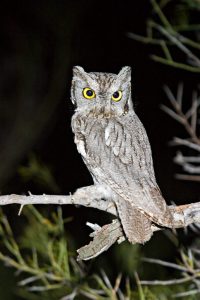 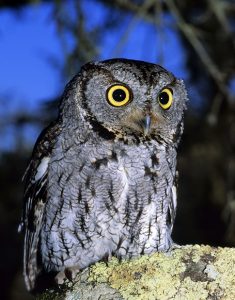 With excellent senses of sound and vision, they can easily locate the prey. These birds tend to exhibit aggressive behavior. Being aggressive by nature, they would attack humans while defending a nest site or capture a grouse for feeding their young.

When threatened, the owl would stand erect, holding their ear-tufts up, slicking down their feathers and drawing them around their beaks forward to scare away the predators. They would also squint their eyes swaying to and fro, imitating the movement of a branch.

Monogamous by nature, WSOs pair before breeding, engaging in long-term bonds. Before mating, the male emits a mating call perching on a branch with the female, sitting close by, to which the latter usually reciprocates.

As secondary cavity nesters, they build nests in nest boxes, natural cavities, or those deserted by other birds at the height of 5 to 30 feet. They prefer breeding in open or mixed woods by forest edge. 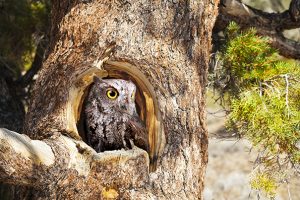 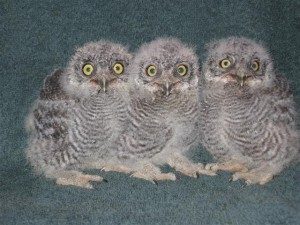 Video: Family of Western Screech Owls in the Nest

Typically, a pair hatches a single brood per year. Females would lay the eggs (clutch size 3-5) inside the nest-hole without adding any material to it. During the 33-34 day incubation period, the father owl brings food for the female.

The mother would brood the hatchlings for about three weeks, while the father gathers food for them. After about a 7-10 days, the young owlets leave their nest to explore only the nearby trees until they can fly (that takes around five weeks time). 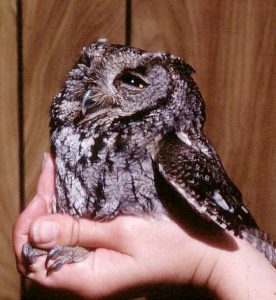 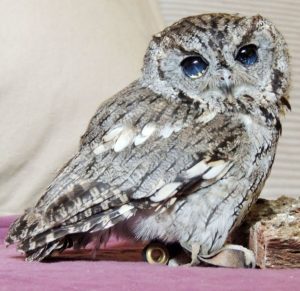 Diet: What Does a Western Screech Owl Eat

Western screech owls consume fish, amphibians, reptiles, birds, invertebrates, and even mammals that are larger to them. Their most favorite items include deer mice, rats, small birds, large insects, and occasionally, Mallard ducks, cottontail rabbits, and fledglings of local birds. 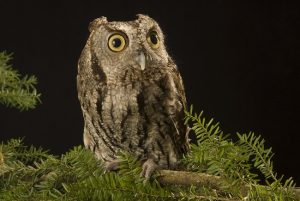 Their most common enemies include cats, minks, weasels, raccoons, skunks, snakes, and other birds.

Considering their population abundance, the IUCN 3.1 has categorized them under ‘Least Concerned’. 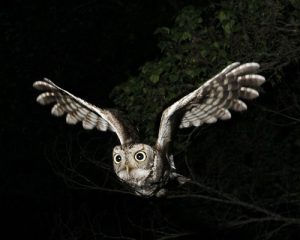 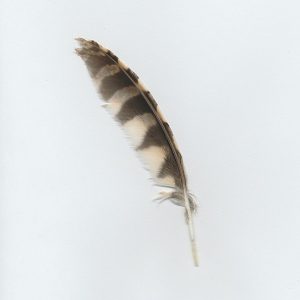