Eastern mud turtles, also called the common mud turtles, are a species of turtle endemic to the United States. They are one of the smallest turtles in the world. 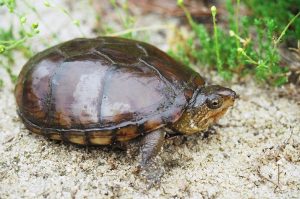 Color: Yellowish to black carapace, with no patterns and keels. The plastron is double hinged and relatively large, yellowish to brown with a dark pattern. Eyes have clouded-dark yellow irises, throat and chin are grayish-yellow streaked with brown, while the appendages and tail are grey.

They can be seen living in shallow, slow-moving freshwater habitats, including ponds. 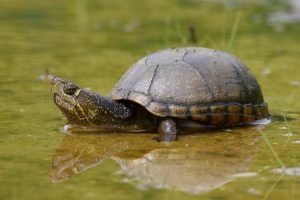 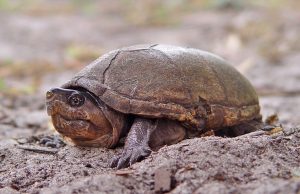 Eastern mud turtles have their mating season between March and May. Nesting soon follows, particularly after there is a shower of rain. The female lays 2-5 eggs, though the clutch size may vary from 1 egg up to 8 eggs. Incubation takes around 80-90 days.

Hatchlings that measure the same as thumbnails are born at the end of the incubation period. They reach sexual maturity at around 4-7 years of age and a carapace length of 2.8-3.1 inches. 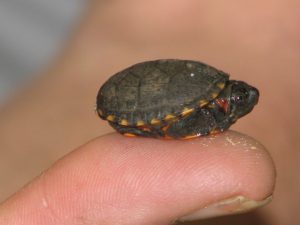 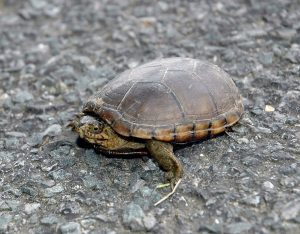 They survive in the wild for around 30 years but can live for up to 50 years.

Small fish and insects, both aquatic and terrestrial, make up the majority of the eastern mud turtle’s diet. It also eats mollusks, carrion, and vegetation, making it an omnivore.

Raccoons, herons, and alligators are some of the animals that prey on the eastern mud turtle. While the raccoons eat the eggs, the other two prey on adults.

The IUCN has listed the eastern mud turtles under the ‘Least Concern’ category. 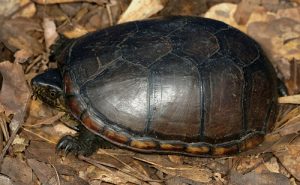 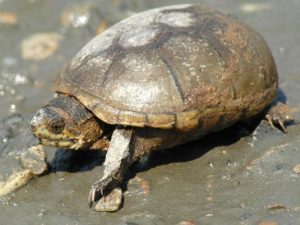 If you are a novice at having turtles as pets, then you should go for the eastern mud turtle. It is not very fussy about how you keep it, as long as it has access to both land and water. They do bite, and you should be careful not to let it take a nip at you as with its hooked beak, it can hurt.