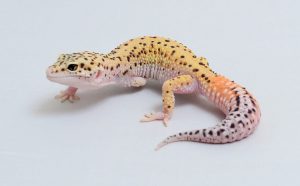 Color: The dorsal side is yellow covered with black spots. The belly is white and smooth, while the back is covered with tiny bumps, giving it a rough appearance.

Teeth: Common leopard geckos have 100 teeth, each replaced every 3-4 months by new ones.

Distribution: Where are they from

These geckos can be found throughout Iraq, Iran, Afghanistan, Pakistan and, parts of Northwestern India.

The natural habitat for the common leopard gecko is usually dry grasslands and desert areas. 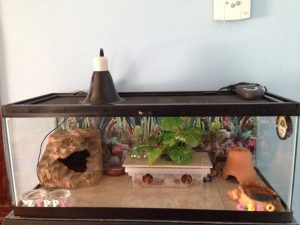 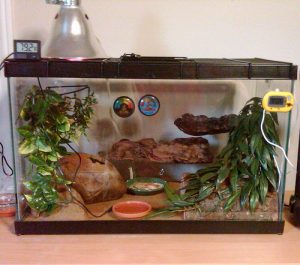 Common leopard geckos typically feed on cockroaches, crickets, mealworms, kingworms, scorpions, centipedes, spiders, and beetles. They also eat the skin they shed on a monthly basis. Experts believe that the skin is a source of vitamins and protein necessary for growth. 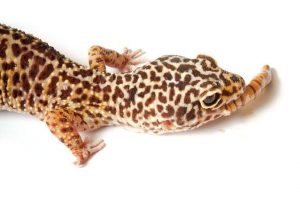 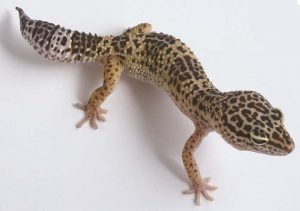 The breeding season for common leopard geckos usually occurs during summer. Females lay clutches of two eggs and bury them underground for incubation. The sex of the hatchlings is determined based on the temperature at which the eggs are incubated; females are hatched if the temperatures are between 79° to 84°F (26-29°C), while males are more likely to hatch from incubation temperatures of 88-91°F (31-33°C). The incubation period is around 45-53 days. 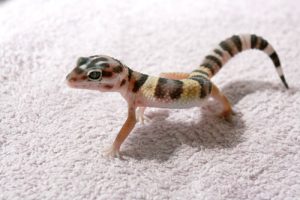 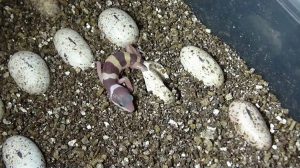 Lifespan: How long do they live

Common leopard geckos live for around 15 years in the wild, while captive individuals can live to be 20-25 years old on average. The oldest recorded individual was more than 29 years.

They are not very vocal but may make barks and squeaks when stressed. 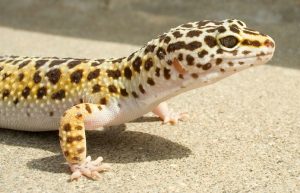 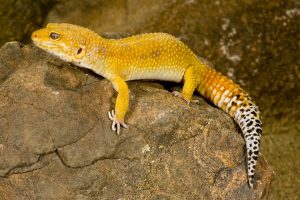 Snakes, foxes, raptors and other larger reptiles routinely prey on the common leopard gecko. To avoid predation, the geckos spend most of the daytime hours buried in the sand or in burrows.

The IUCN is yet to evaluate the conservation status for this species.

The common leopard gecko is one of the most popular reptiles to be kept as pets. This is because of their gentle disposition and ease of maintenance. They can be bred into numerous color and size morphs in captivity, some of the most sought-after ones being the albino, blizzard, tangerine, snow, and giant. 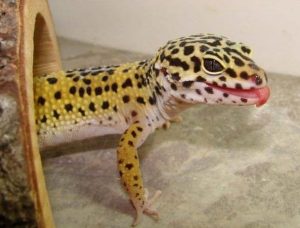 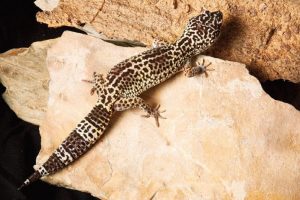 One response to “Common Leopard Gecko”