The Big Brown Bat is a species of bat belonging to the “Eptesicus” genus. These nocturnal creatures are found in many parts of the United States.

Here is a brief description of the physical appearance of these bats.

Length: The average body length of a big brown bat is around 110 to 130 millimeters.

Color: The bodies of big brown bats, as the name suggests, are covered with shiny brown fur. The face, ears, feet and wing membranes are dark brown or blackish in color.

Weight: The average weight of these bats is around 23 grams.

Face: These bats have broad noses and fleshy lips. The large eyes are bright and shiny.

Ears: The ears are about 16 to 20 millimeters in height. 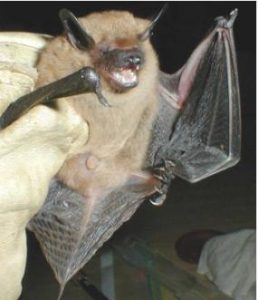 Forearm: The length of the forearm is about 42 to 50 millimeters.

Head: The heads are big in size and equipped with 32 heavy, sharp teeth.

Wings: These bats have a wingspan of almost 13 inches.

Tail: The tail is smaller in size than half of the total body length; the tip of the tail protrudes marginally beyond the uropatagium.

Sexual Dimorphism: The males are smaller in size than the females.

The characteristic behavioral patterns of the Big Brown Bats have been discussed below:

Big Brown Bats are found in the southern parts of Canada, all throughout the United States, Central America, Mexico, northern South America, West Indies and the Caribbean Islands. 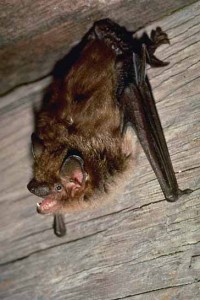 Big Brown Bats are found in forests, meadows, deserts, small towns, large cities and in rural locations. They build their nests in silos, barns and churches. They can even be seen roosting in sewers, storm drains, copper mines as well as in expansion joints of large stadiums. Some of the natural habitat zones of these bats include tree hollows, natural caves, as well as in the rocky crevices of cliffs, ledges and outcrops.

These bats glide sharply through the air and often change directions suddenly to catch preys. While flying, they can attain a speed of up to 40 miles per hour.

During winters, these bats may migrate for short distances, normally less than 80 kilometers to choose an ideal spot for hibernation.

Big Brown Bat pups that accidentally fall on the ground from maternity roosts are captured by predators such as cats, raccoons and snakes. Adult bats are hunted upon by owls, falcons and other birds of prey in mid-flight.

Big Brown Bats have developed a unique adaptive feature that enables them to capture their preys in mid-flight. Due to their poor eyesight, they can’t see their prey. Instead, they use echolocation which allows them to locate preys as well as any obstructing objects which they need to avoid during flight. They create high-frequency sounds which bounce off big and small objects. The bats can listen to these echoing sounds and understand the size and location of objects as well as their movement patterns.

These bats hibernate during winter often in subterranean caves and mines where the temperature stays stable for most of the time. Sometimes they also choose less substantial locations to hibernate such as manmade structures and buildings. Big Brown Bats eat surplus during warmer months and store fat in their bodies; this helps them to sustain themselves during the colder months.

The mating season for the Big Brown Bats last from November to the month of March.

Breeding takes place prior to hibernation through a process called swarming. In this period, large numbers of individual bats congregate in caves to mate. The male bat transfers his sperm to the female during this period. However, the ovulation and fertilization of eggs occur after the female awakes from hibernation the next spring.

The female bats form maternity colonies during the summer. A single maternity colony can consist of anywhere between 20 to 600 bats. A female bat normally gives birth to two pups in May or June. 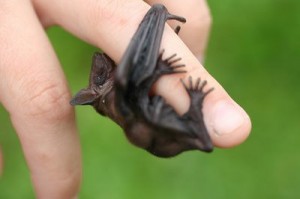 Little brown bats are born blind and helpless, having no fur. During this stage, they are completely dependent on their mothers for survival and nourishment. The mothers interact with their offsprings by producing high-pitched sounds. The young bats grow very quickly and in about a month’s time, become capable enough to fly on their own. They reach adult size at about 2 months of age. The male bats do not take part in raising the young.

Big Brown Bats live for almost 19 to 20 years in the wild.

There are two subspecies of the Big Brown Bats, namely

These bats have been classified under the category of “Least Concern” by the IUCN.

Here are some interesting facts about these bats:

Here are some pictures showing these interesting bats. 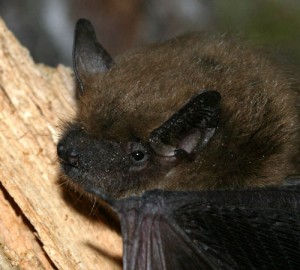 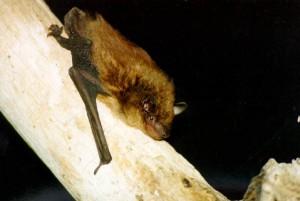