The scissor-tailed flycatcher is the state bird of Oklahoma and a member of the kingbird species found in North and Central America. Attaining its name because of its long forked tail, this bird is also known as the swallow-tailed flycatcher and Texas bird-of-paradise. 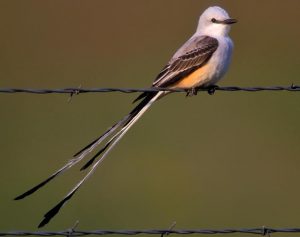 Plumage – They have black, pale gray, pink flanks and a white tail; there are red smudges under the wings at the shoulder area and the beaks are black.

Savannahs make up their breeding habitat. During spring and fall, they live in open grasslands while their winter habitat includes urban areas or agricultural fields that are at the edge of tropical forests.

Found in Oklahoma, Texas, Kansas, southern Nebraska, and rarely in east or west Louisiana and southwestern Missouri and Arkansas. They migrate to Mexico, Costa Rica and sometimes even Panama during winters. 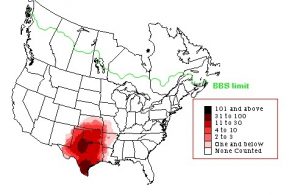 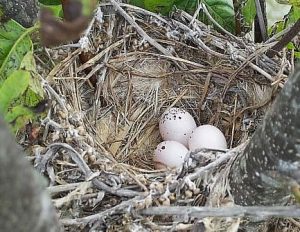 The breeding season is between April and August during which the male displays an aerial courtship by flying with the forks of the tail behind him. Nest building is done primarily by the female. 3-6 eggs are laid and incubated for 2-3 weeks. 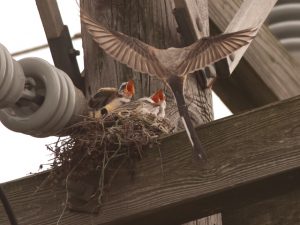 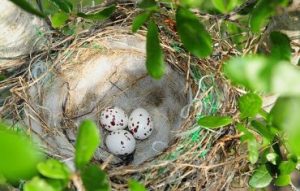 Babies nestle for 2 weeks before fledging, till then food is brought to the juveniles by both parents. Up to two broods are hatched each year.

Both sexes remain sexually immature for about a year after birth, after which they start to breed.

They live for approximately 10-15 years. 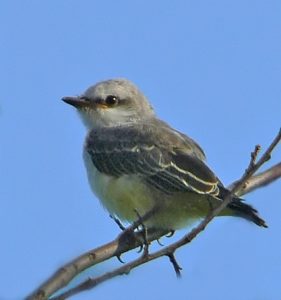 Their songs consist of a procession of sharp notes that rise in pitch and speed up towards the end. They also use buzz-like rattles, chirps, and squeaks.

They also threaten each other with bill-snaps during fights. Both males and females make a high-pitched whirring sound with the wings during heated encounters. 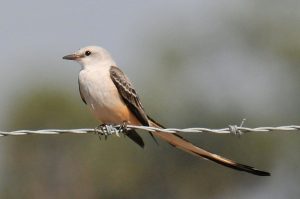 They primarily eat insects like beetles and grasshoppers, spiders, bees, wasps in summers, while they would even eat berries for additional food during winters.

Their long tails provide them with adequate agility to help them hawk for insects in flight mid-air. 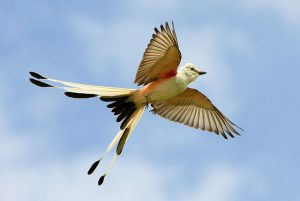 They are hunted by birds of prey like ravens and hawks.

The IUCN Red list has categorized this bird under ‘Least Concern’. 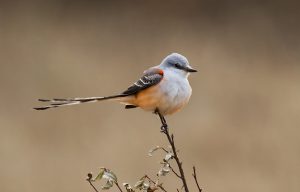 One response to “Scissor-Tailed Flycatcher”