Harbor seals, also known as common seals are marine mammals found across the Northern Hemisphere. Although mostly safe, some populations are threatened by various factors like disease, sealing, etc. 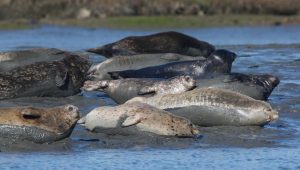 Color – Variable from a brownish black to a silvery grey, the ventral sides are usually much lighter. They also have a pattern of spots which is unique to each individual.

They live in shallow waters in bays, coastal regions, estuaries, rocky islets, and freshwater. They use tidewater glaciers for shelter, transportation, and breeding. They are rather common in somewhat cold marine waters which do not have yearly sea ice coverage. 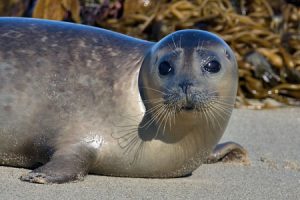 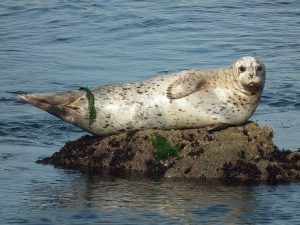 Male harbor seals are believed to be monogamous. The female gives birth to pups once a year. The mating takes place underwater, thus negating the chance of studying that aspect. After a gestation period of around 9-10½ months, a single pup is born, although twin births have rarely been observed. The pupping season varies with location, with the seals inhabiting the colder subarctic regions giving birth in July, and those at lower latitudes in February. 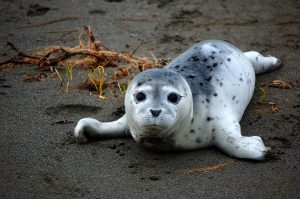 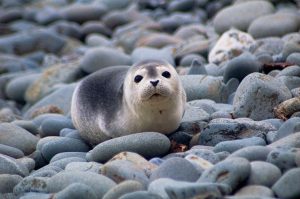 The pups usually weigh at birth between 17-35 lbs. The mothers are usually the only ones looking after them. They are nursed for up to 6 weeks but grow quickly because of their mother’s rich and nutritious milk, doubling their birth weights by the time they are weaned, until which time, the offspring cling to the mother’s back when in the water. Males reach sexual maturity at 3 to 7 years of age, while females become mature at 3 to 6 years.

Females live longer than male harbor seals. The former may live for 30-35 years, while the latter only lives for 20-25 years.

They communicate through yelps, grunts, and burps. They are a very alert creature and avoid making too much noise to be stealthy from predators.

They are carnivorous, with fishes like sea bass, anchovies, mackerel, flatfish, herring, whiting, and cod making up the majority of their diet. They also sometimes eat crabs, mollusks, shrimp, and squids. 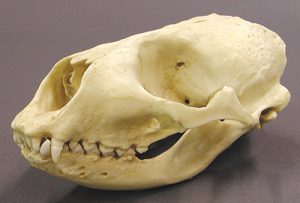 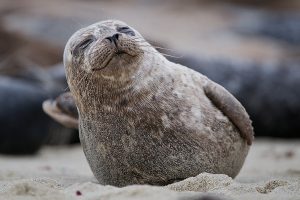 IUCN has listed the harbor seal under their ‘Least Concern’ category. Their total population is estimated to be around 350,000-500,000 individuals. 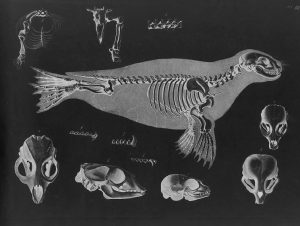 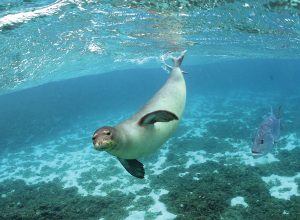