The Hooded Seal, also called the Bladder-nosed Seal, is a species of large silver-grey seal found in the cold waters of the Atlantic. The seal gets its name from the most prominent feature on its body – a hood like structure resembling a big, red balloon when inflated. As of 2006, the roughly-estimated population of these ‘vulnerable’ seals is about 592,100.

Fur/hair/coat Color: The entire body is covered with dense grey, silver-grey, or blue-gray fur, having random spots that can be either light or dark.

Head: The head of the seal is darker than the rest of the body and has no marks.

Feet/Flippers: The flippers of the hooded seals are a modification of feet, ending in claws, and are quite large by size, so as to assist them in swimming faster.

Eyes: The pair of eyes is black and somewhat elongated or almond-shaped. 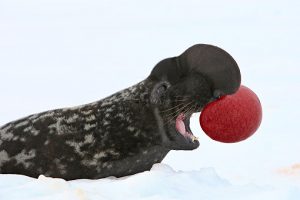 Teeth: Rows of short, sharp teeth are present to help them tear their prey while consuming.

Sexual Dimorphism: The males have a ‘hood’-like structure that is an enlargement of the nasal cavity. Also, the males are conspicuously more massive than the females.

The hooded seals have a long lifespan and can survive for 30 to 35 years in the wild. However, the captive ones are prone to get affected by tuberculosis and different cranial infections.

These phocids are found in four main regions – in the Davis Strait off the west coast of Greenland, off the coast of Newfoundland in Canada, in the Gulf of St. Lawrence, and near Jan Mayen Island, to the northeast of Iceland.

Habitat: Where do Hooded Seals live

The hooded seals usually spend most of the time on the large packs of ice floating in the ocean. However, they also spend significant periods of time in the open waters. 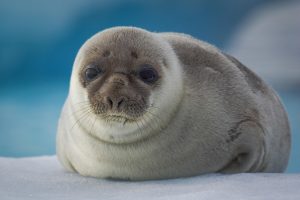 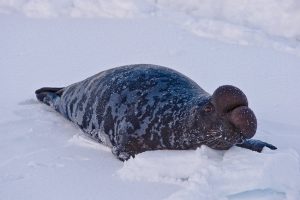 These seals are solitary by nature, spending most of the time without the company of any other fellow seals. However, they spend time together with a member of the opposite sex only breeding and molting. These seals are more territorial than most other species of seals, and would even become aggressive when in defense mode.

During the time of molting in around July, they would get together near the Denmark Strait. The hooded seals fast when they molt and breed. Prior to the mating season, the couples gather at different sites close to the strait.

While very little has been learned by the scientists about these creatures, it is during these congregating periods that they have carefully been studied.

The male seals display their inflatable nasal sac (hood) especially when they seek for the attention of the female, but also when they feel threatened. Males with larger hoods have better chances to get a mate. While diving, the seals usually stay underwater for almost half an hour, however, they can stay even longer. While swimming, they can reach a speed of up to 27 km per hour.

Diet: What Do the Hooded Seal Eat

The hooded seals are carnivorous and mostly feast upon fish like herring, cod, redfish, and capelin. Other than that, they would also hunt for mollusks like mussels, octopuses, squids, starfish, and shrimps.

Lasting only for two to three weeks, the mating season of this phocid usually falls around the end of March. The female hooded seals would haul out on floes of ice to give birth to the pups. Pregnancy in hooded seals lasts for about 11 months and ends with a single baby. Interestingly, the baby seal takes birth in a developmental stage.

Very little could be known about the movements of juvenile seals during the first few years of birth. At the end of the concise lactation period, the parents return to the water, while the pup remains alone for several days, or even weeks, on the ice.

During this time, the babies thrive entirely on the fat reserves stored in their bodies. When they grow a few weeks old, they begin with their first foraying into the water, teaching itself diving, foraging, and swimming.

The age of sexual maturity in these seals is 4 years. The males start developing their ‘hoods’ by the age of 4 years, and it becomes fully developed by the time they are 12. 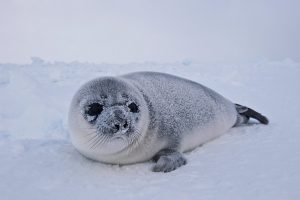 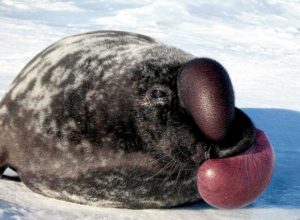 The primary predators of the hooded seals are killer whales or orcas, polar bears, and sharks.

This phocid is a vulnerable species since their population is going down at a considerable rate. The IUCN 3.1 has categorized them under the ‘VU’ (Vulnerable) species list. 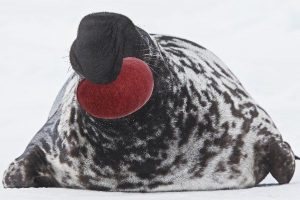 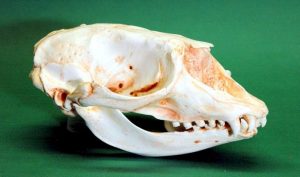