Color: They are light to dark gray with a mottled appearance, with patches of gray-white scars left by whale lice. Their baleen is off-white, cream or blond.

One of the two populations of gray whales is found along the Pacific coast of North America from Baja California to the Chukchi and Bering seas, while the other lives in the waters of the Western Pacific from the Sea of Okhotsk to South Korea.

The feeding waters for gray whales are coastal areas with sandy or muddy bottoms. 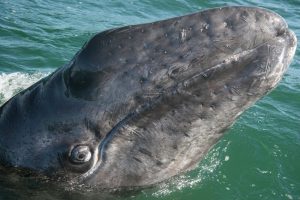 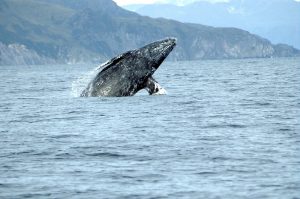 They are filter feeders, otherwise known as mysticetes. They dive down to the bottom and fill their mouth with sediment before forcing the sediment through the baleens. They trap a large number of crustaceans, notably amphipods, ghost shrimp, in addition to polychaete worms and herring eggs.

Gray whales can engage in sexual activity at any time of the year, but peaks have been observed during their migration towards the south. Little else is known about the mating behavior other than the fact they partake in group mating events. The gestation period lasts for around 13½ months after which a single calf is born.

Calves are born smooth, unlike the scarred appearance of the adults. They are nursed for up to 7 months. Mothers are fiercely defensive of their young. Both genders reach sexual maturity at around 8 years of age. 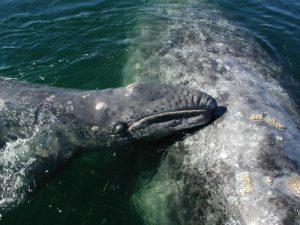 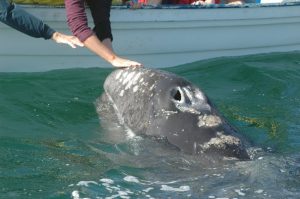 Gray whales use echolocation to communicate with each other. They also use an array of moans and short pulses, the latter of which aids in echolocation. 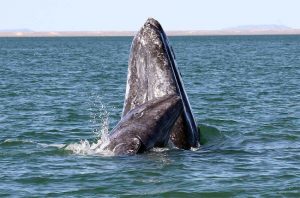 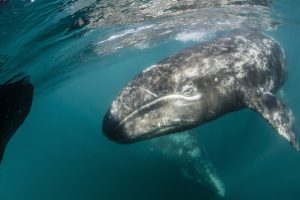 Killer whales (orcas) are the only predator of the gray whales. Particularly vulnerable are the calves during migration.

The IUCN has listed the gray whale under its ‘Least Concern’ category. 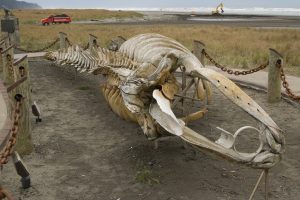 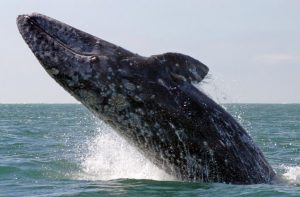