Gaboon viper is a dangerously venomous snake. It belongs to the Viperidae group. This reptile is the largest amongst the Bitis genus. They are also known to be the heaviest snakes of this family in the world.

Gaboon viper has many local common names, such as forest puff adder, gaboon adder, swampjack, and even butterfly adder.

Length : An adult gaboon viper of average health is about 4ft to 5ft long.

Weight : An average and grown up gaboon viper weighs about 16 kg. 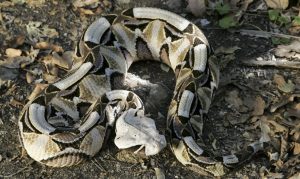 Color : They are dark brown colored with pale pinkish or yellow spots all over. Their underneath parts are pale colored. 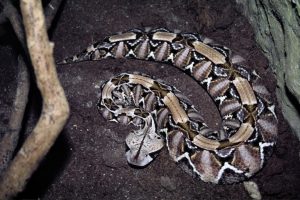 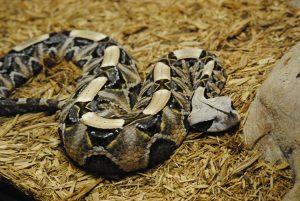 Gabbon vipers prefer low altitudes to inhabit, mostly. But they have also been recorded to inhabit as high altitude as 2100 m. They usually tend to inhabit on the ground of forest land. They huddle up in rainforests. They dig holes on the ground and cover up their burrow with leaves.

They are also found near agricultural lands, thick grasslands, swamps, and even evergreen forestlands.

Adult Gaboon vipers can feed on a full grown rabbit. Due to their huge size they have a big appetite as well. They prey on small birds, like sparrows, doves, etc. They are also into preying rats, mice, and small mammals.

They strike on their prey and keep it in grip till it dies, and then feed on it. This particular hunting habit is quite unlikely amongst its other brother species of vipers. 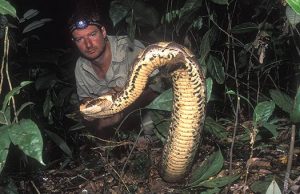 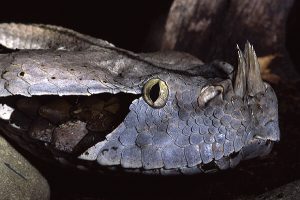 Gaboon vipers are quite and calm in nature unless some external stimuli bother them to act otherwise. Their habitat does not merge much with human accessibility range. Thus casualty rate is very low due to their bite. These vipers hardly bite also. Reports have even shown that they spared biting even when being stepped on them. But accidents still happens. It is highly advisable to take a Gaboon viper’s bite as sheer medical emergency. Else it will surely get fatal.

When bit by a Gaboon viper, the bitten part will swell up in fraction of a moment and immense pain will be caused. Blistering on the bitten part will follow. If proper medical attention could be provided then the victim’s life can be saved, but in most cases the affected limb cannot be.

Gaboon vipers have been observed to become ignorant to the rest of the world during their mating process. The males indulge amongst themselves in the process. They rub their chins against each other. Then one raises its head very high, the other one does the same after that. After that they intertwine their necks. Starting from the neck slowly their entire body intertwine. They push each other and sometimes so hard that the scale push aside. They have been observed to mate 4 to 5 times a week in captivity.

The gestation period lasts almost a year. The breeding cycle might also go on for 5 years. Gaboon vipers usually give birth to the younger ones in end of summer. It can produce 8 to 43 younger ones. Amongst all of them about 24 survive. Each of the off-springs are of 25cm to 32cm long and weigh between 25g and 45gm.

Gaboon vipers are apex predators and have no regular predators in the wild as such. Their only predators are human hunters. 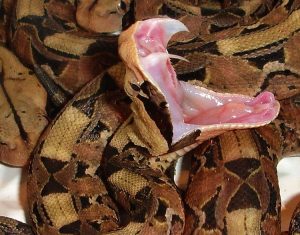 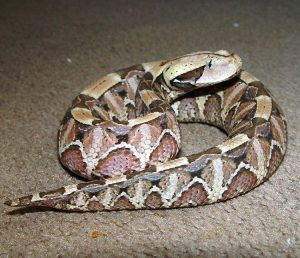 Gaboon vipers are assumed to live for about 18 years in the wild. Nothing specific is known about their life span in wild. About those who are bred in captivity, the longevity depends on the care. 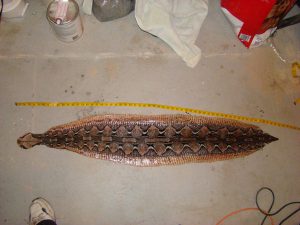 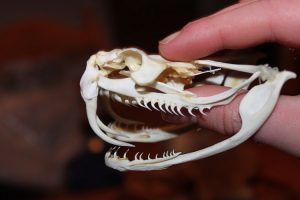 Housing : An aquarium that can fit a 6ft reptile is great for housing a Gaboon viper. Make sure it is very well escape proof. This is the only strict safety measure that needs to be taken care of very seriously. A big soaking bowl needs to be provided inside the reptile house with water filled in it all the time. Change this container frequently. Avoid using newspaper as a substrate, as it has been observed to be harmful. Use soil if possible for the purpose.

Temperature : Maintain extreme humidity inside the reptile house. Average temperature should be maintained between 70 degrees and 80 degrees.

This species of venomous reptile is absolutely safe ad bear no threat to its existence. Given their natural habitat condition and diet habits, which are at their best condition on earth till now and have no threat in near future, this species is unlikely to suffer existence threat.

Quickly sum up some of the most interesting facts about Gaboon viper.

Check out the pictures below of this fabulous reptile. Do not miss the fawns. 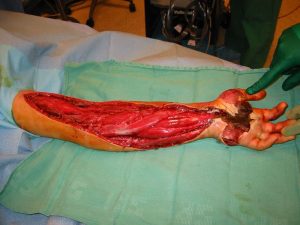 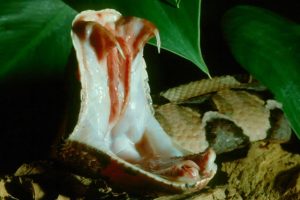