The firefly squids are small bioluminescent creatures, found in deep waters surrounding the coastline of Japan. They have eight arms and two tentacles, each with suckers and hooks. Sparkling enope squids is another name and so is “hotaru-ika” (Japanese). They are named so because they resemble fireflies. 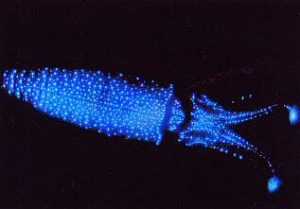 Color: Some are yellow, while others are either white or blue. They emit a strong blue radiance through the dotted photophores (light producing cell) found on their head, mantle, hands, and tentacles and around the eyes.  Their mouth cavity exhibits a dark pigmentation.

They live in the western Pacific Ocean.

Firefly squids are typically twilight zone inhabitants, dwelling at a depth of 600-1200 ft. 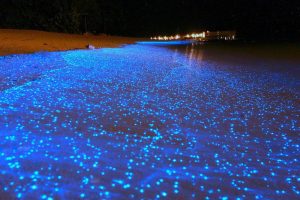 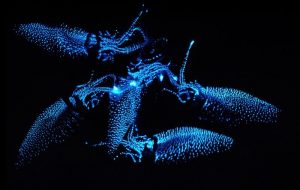 Being a second level consumer in the food chain, firefly squids wisely flash their lights to catch the attention of planktonic crustaceans, small fishes, crabs, and shrimps. Once the preys come closer, they use their strong tentacles to attack and devour them subsequently.

Their mating season starts around March and lasts up to June. During this time, adult firefly squids produce a deep blue light to attract their prospective mates. During February to July, millions of female squids gather at the shoreline for laying eggs. After the eggs are discharged into the water and fertilized, the females die subsequently.

The eggs hatch within 6-14 days, depending on the temperature of the water as warmer waters are conducive to faster hatching. Usually, the water temperature stays between 42°F-57°F. They attain sexual maturity when they are around 1 year old. 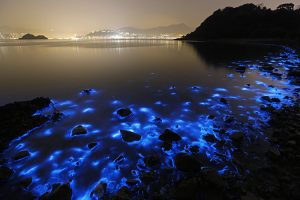 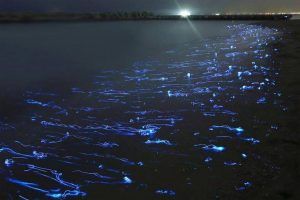 Their bioluminescent photophores are used to communicate with other squids.

The firefly squid is enlisted under the “Least Concern” category and their population is considered safe. 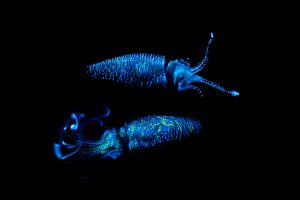