The Blue-Ringed Octopus can be best described as ‘one cute animal that might kill you’. The term blue-ringed octopus does not merely refer to a single species, but a genus of species that are marked by bright blue circular patterns. Despite their apparent gentle nature, these small molluscs are known to be one of the most venomous and dangerous sea creatures on the planet. An adult blue-ringed octopus is of the size of a golf ball, but if provoked, they can bite attackers, including humans. A single bite might lead to partial or complete paralysis, blindness, loss of senses, nausea, and resultant death within minutes, if left untreated. No blue-ringed octopus anti-venom has yet been discovered. 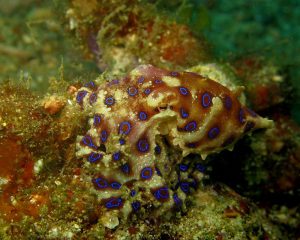 Size: The maximum size of these animals can be 4-6 cm lengthwise (from the top of the mantle to the tip of the arm).

Rings and Patches: They are typically covered with 50-60 blue rings along the dorsal and the lateral surfaces of the mantle.

Eyes: These molluscs have two well-developed eyes similar to those of the vertebrates.

Tentacles: Like other octopuses, they have four pairs (8) of tentacles attached around their mouths. The lengths of the arms vary between 7 and 10 cm and are covered with suckers.

Skin (Mantle) Color: Yellowish to bright yellow skin with bluish to bright blue rings or lines (depending on the sub-species). Color changes from light to brighter shades when threatened.

The approximate lifespan of the blue-ringed octopus is two years. 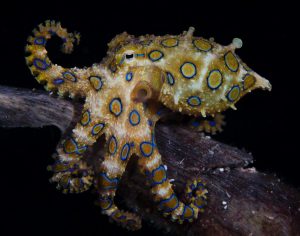 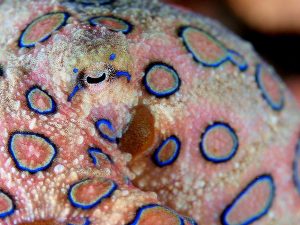 They are distributed across the Pacific and the Indian Oceans, from Japan to Australia. Some subspecies are also found in and around Papua New Guinea, Solomon Islands, Philippines, and Indonesia and as far west as Sri Lanka. Mainly recognized as an Australian species, they are widely spread around the southern part of New South Wales and South Australia, and northern Western Australia.

Habitat: Where do Blue-ringed Octopuses live

The BRO mainly dwells in the temperate waters of the coral reefs and in the tide pools, at a depth varying from 0-20 meters (or sometimes 50 meters). 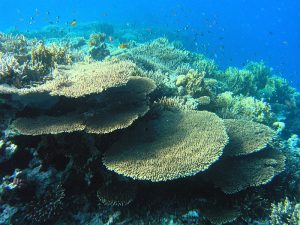 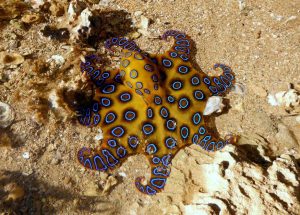 Three distinct species of the ‘Hapalochlaena’ has yet been confirmed, with a fourth type still being researched. Here are the different species, along with their scientific names and descriptions: 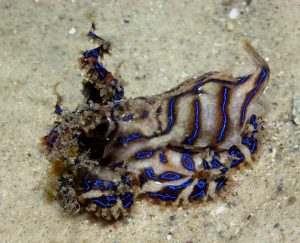 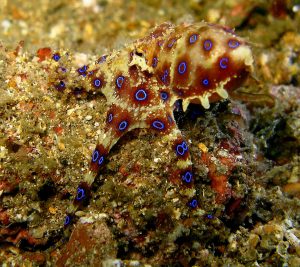 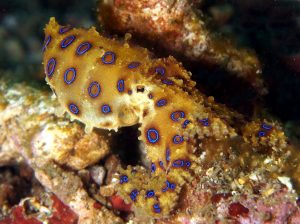 These marine creatures are not aggressive animals. They hide in crevices or under rocks during daytime for gaining protection, and emerge at night. The main motto of changing its body color is to exhibit its toxicity and warn predators and attackers.

These octopi use their dermal chromatophore cells to camouflage themselves. Like most other octopi, it flattens out its body on the bed for hiding from its enemies. Furthermore, it changes its body color in order to blend into its surroundings.

They are bottom dwellers, inhabiting sandy and silty areas, and would even live inside empty sea shells, discarded bottles, and cans. The BRO will come out of its shelter only to hunt for food or to search for a mate. 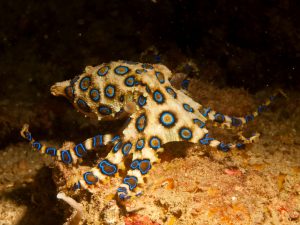 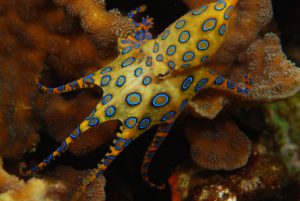 Diet: What Do Blue-ringed Octopi Eat

The BRO lives by primarily feeding on crabs, shrimps, and other invertebrates. However, it also consumes wounded fish, or else live, if it can catch them. They pounce on the prey and invade it with by its tentacles and pulling it towards their mouth. They then paralyze the prey by its venom while piercing its beak through the exoskeleton.

The blue ring octopus has strange sexual behaviors. The mating ritual of these creatures begins with the male approaching the female and caressing it with its modified arm – ‘hectocotylus’. After this, the male would climb onto the female, and at times would completely cover up the female’s mantle and obstruct the latter’s vision. The modified arm is then inserted into the oviduct of the female and spermatophores are released. The male octopus dies after mating.

The female octopus lays only a single clutch of eggs in her whole lifetime, with the clutch containing of about 50-100 eggs. The female protects the eggs under her arms for a period of almost six months. It dies soon after the hatchlings come out, since it does not consume any food during incubation. 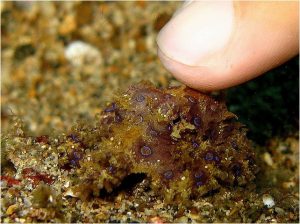 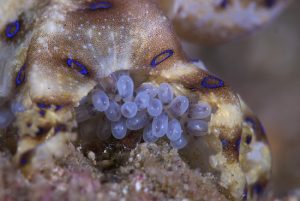 The hatchlings are born tiny, about the size of a pea. However, they grow very rapidly and are able to hunt for their own foods within a month’s time. They are sexually matured and active within a year and are able to mate by the following autumn. The ink sacs present in the other octopi exist in the juveniles of the species, but the sacs greatly reduce in size, as they grow older. 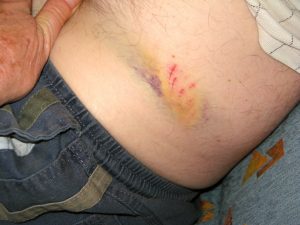 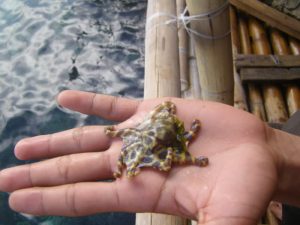 The biggest predator of the blue ring octopus is the moray eel. Other predators also include whales, seals, and different types of shore and marine birds.

The BRO is also not safe from human predation. Owing to its bad reputation, these creatures, if found, are frequently killed by people.

These animals have not been declared as ‘endangered’, but it is generally considered as threatened due to its loss of habitat. These creatures do not appear in the list of the IUCN.